The Pentagon just took a big step forward in the hypersonic arms race with Russia and China, according to military analysts.

The US military successfully conducted a flight test of a glide body for future hypersonic weapons, the Department of Defense announced Friday morning, Business Insider reported.

The Army and the Navy, which are jointly developing a common hypersonic glide body (also known as C-HGB) for future weapons systems, carried out a test launch at the Pacific Missile Range Facility in Kauai, Hawaii, late on Thursday local time, with the Missile Defense Agency monitoring the experiment and gathering data, the report said.

The C-HGB “flew at hypersonic speed to a designated impact point,” DoD said, adding that “this event is a major milestone towards the department’s goal of fielding hypersonic warfighting capabilities in the early- to mid-2020s.”

A glide body is the part of a hypersonic weapon that carries the warhead. Launched using a conventional rocket booster, the glide body eventually separates, the report said.

After separation, the weapon is no longer able to accelerate, but it is able to maneuver to evade defenses and deliver a warhead to target, the report said.

While hypersonic weapons have the ability to fly at speeds of at least Mach 5, five times the speed of sound, it is their maneuverability that makes them particularly dangerous to anyone on the receiving end, as modern missile-defense systems are not designed to counter this type of threat, the report said.

Hypersonic weapons provide “the warfighter with an ability to strike targets hundreds and even thousands of miles away, in a matter of minutes, to defeat a wide range of high-value targets,” DoD explained.

THey are a key area of great-power competition between the US, China and Russia, and fielding hypersonic weapons is a top priority for the Pentagon.

Their high-speed and maneuverability will challenge existing US air-and-missile defense systems, which are designed to shoot down more traditional ballistic and cruise missiles.

“Today we validated our design and are now ready to move to the next phase towards fielding a hypersonic strike capability,” said Vice Adm. Johnny R. Wolfe, the director of Navy’s Strategic Systems Programs.

The Army intends to field a ground-launched hypersonic weapon in 2023, with the Navy fielding a ship-launched variant the same year, Defense News reports. A submarine-launched version is expected in 2024.

The Air Force, meanwhile, is working on its own air-launched hypersonic weapons.

According to DefPost, Dynetics Technical Solutions (DTS), a wholly-owned subsidiary of Dynetics, was awarded a $351.6 million U.S. Army contract to produce C-HGB prototypes in August 2019.

Under that Other Transaction Agreement (OTA) contract, DTS was contracted to produce 20 glide body assemblies over a three-year agreement period for use by the US Army, US Navy and the Missile Defense Agency (MDA).

DTS is collaborating with Sandia National Laboratories for the development and production of the glide body, the report said.

The company has also partnered with General Atomics Electromagnetic Systems, Lockheed Martin and Raytheon for the assembly, integration and testing of the glide body. 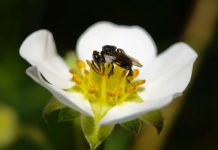