NEWSCABAL
Home » Husband ‘tied to chair, covered in petrol and burnt alive by in laws’ who accused him of black magic’
world

Husband ‘tied to chair, covered in petrol and burnt alive by in laws’ who accused him of black magic’


A MAN has died after being tied to a chair and set alight by his wife’s family after being accused of black magic, police said.

Racharla Pawan Kumar, 40, died from his injuries following the horrific attack in the village of Jagtial in Hyderbad, India.

The Times of India reports eight people have been arrested in connection with the brutal murder – including Mr Kumar’s own wife.

His wife, Krishnaveni, alleges her own family tortured her for days before turning on her husband after accusing the couple of using black magic to kill off Krishnaveni’s brother.

She said: “I asked my husband not to come to the village as I feared he would be attacked.

“For the last several days I was tortured and abused by [my sister-in-law] who thinks my husband was behind [my brother’s] death by getting black magic performed on him.”

Police also said those arrested had plotted to kill Mr Kumar after becoming convinced he used black magic to orchestrate the death of his brother-in-law, who died from a heart attack 12 days ago.

Circle Inspector of Malyala Police Station Kishore said the family lured Mr Kumar, a software engineer, to a nearby ashram where they tied him to a chair and poured petrol onto him before burning him alive.

His wife – who Mr Kumar’s parents suggested had been involved in the plot – said she saw flames and smoke billowing out of the room and rushed to help before falling unconcious.

Bird flu outbreak on North Yorkshire farm as 10,500 turkeys to be culled

Mrs Kumar said her family had been suspicous of her husband ever since he exchanged some terse words with her brother during a family dispute.

She claimed her sister-in-law had “waited to seek revenge”.

Local police told The News Minute that an investigation into the murder is “being investigated from all possible angles”. 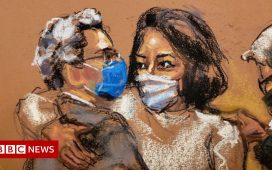 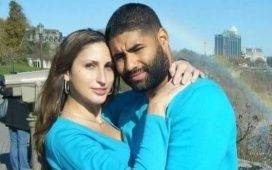