HUNDREDS of birds found dead on a street in Rome on New Year’s Eve were scared to death by fireworks, animal rights campaigners have claimed.

It comes after a ban on fireworks in the city, introduced to protect people, animals, and heritage sites, went largely ignored.

Footage from outside the Roma Termini train station, the main station in the city, showed the bodies of the birds covering a street and the walkways on either side.

The person filming is heard saying: “This is the disgusting side of human nature.

“The fireworks. Hundreds of dead birds. Unbelievable. Look how many there are.”

The birds are thought to have been mostly starlings.

The cause of the deaths has not yet been confirmed, but the International Organisation for the Protection of Animals said firecrackers and fireworks had been let off in a nearby neighbourhood used by birds to roost.

Loredana Diglio, a spokeswoman for the body, said: “It can be that they died from fear.

“They can fly up together and knock against each other, or hit windows or electric power lines.

“Let’s not forget they can also die of heart attacks.”

The organisation also described the incident as a “massacre”, the Associated Press reported.

The Royal Society for the Protection of Birds says that there is “little evidence to suggest that fireworks harm wild birds or affect their conservation status”.

Who is Charles Sobhraj and where is he now?

It adds the effect of fireworks on birds is likely similar to that of a thunderstorm.

But it also says: “To minimise any adverse impact of fireworks on birds, we urge organisers of firework displays to avoid launching the rockets near to sensitive wildlife areas, such as nature reserves, and nesting and roosting sites for wild birds.”

As well as the firework ban, a 10pm curfew was also in place in Rome as part of measures to stop the spread of coronavirus. 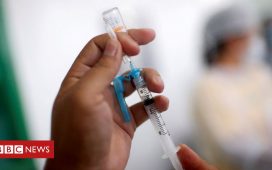 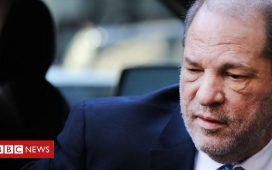 Joe Biden on Donald Trump's impeachment trial: 'It has to happen' 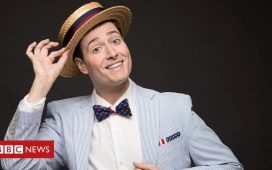 Randy Rainbow made his name satirising Trump – now what?