The human heart has evolved to help us adapt to modern life, a study has found.

It reveals that the vital organ has evolved over thousands of years in humans to become better at endurance tasks.

A major physical change saw the heart, which was previously better in short bursts when humans were still hunter-gatherers, become more efficient over long periods of time.

This happened when we took up agriculture and no longer had need for explosive bursts of activity.

At this point in human history, maintaining energy levels over a long period of time became more important.

The result is a noticeably less ‘ape-like’ appearance and function, researchers say.

But they add this shift may have exposed us to heart disease when leading a sedentary and lazy lifestyle. 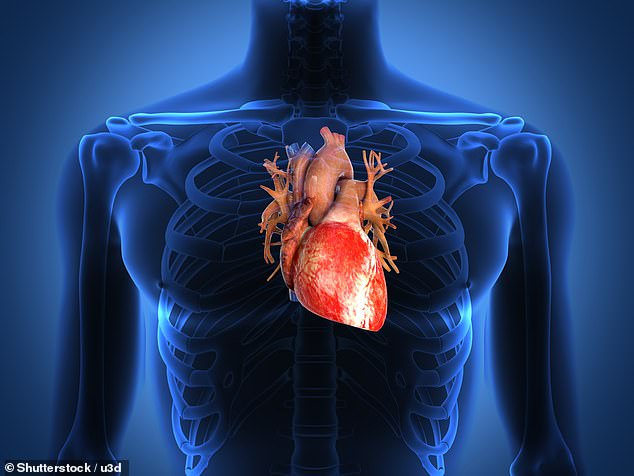 A study found that the heart has evolved over thousands of years in people to become better at endurance tasks, designed to help humans keep on pushing (stock)

Dr Aaron Baggish, director of the Massachusetts General Hospital (MGH) Cardiovascular Performance Program, led the research into the difference between our hearts and that of our closest genetic relatives — apes.

Dr Baggish and his collaborators measured and compared heart function in apes and four groups of humans.

It included people who are rarely active, elite runners and indigenous subsistence farmers.

The research, published in the journal Proceedings of the National Academy of Sciences, found the stark differences between humans and chimps extends to the heart.

For example, chimpanzees engage in short bursts of activity, such as climbing and fighting, which put intense pressure on the heart but only for a limited time.

Whereas humans adapted their lifestyle — up until the industrial revolution and the advent of technology — to be active for long periods of time.

Humanity’s survival was dependant on moderate-intensity, endurance-like activity such as hunting, gathering and farming.

‘Humans have longer, thinner- and more flexible-walled hearts, while chimps have smaller hearts with thicker walls.’ 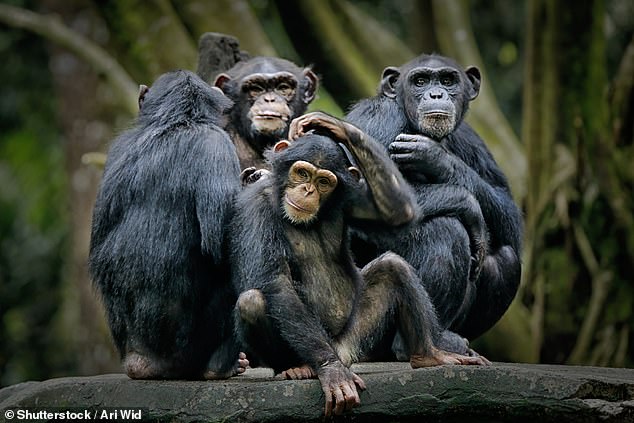 The research, published in the journal Proceedings of the National Academy of Sciences, found the stark differences between humans and chimps extends to the heart (file photo)

More than 160 people took part in a study which investigated their heart function. It assessed blood pressure and used ultrasound to get a gauge of its specific structure.

They made similar measurements in about 40 semi-wild chimpanzees and five gorillas.

‘The goal was to compare heart structure and function in each “type” – whether the subject was very active, to barely active,’ Dr Baggish says.

READ  Volcanoes erupting may have wiped out dinosaurs before asteroid arrived, study suggests

They then also saw if a heart which is particularly good at one function is conversely poor at the opposite.

Researchers then found that human hearts appear to have evolved to be better at handling endurance type activity, as opposed to short intense bouts.

WHY DOES THE HEART NOT GET TIRED?

In a person’s lifetime, a human heart can contract billions of times.

The heart is still a muscle, much like the bicep or the hamstring, but the heart never tires.

The reason for this rather crucial detail of anatomy keeps us alive, as without a pumping heart death will shortly follow.

Hearts, although muscles, are made up of different fibres than their counterparts.

This type of fibre, known as cardiac tissue, only exists in the heart and nowhere else in the human body.

If this was to happen in the heart it would cause a heart attack.

To avoid this happening and to allow for constant use without fatigue, the cardiac tissue has a different arrangement.

Cardiac tissue has far more mitochondria which produces a huge amount more energy in the form of a chemical called Adenosine Triphosphate (ATP).

Mitochondria are small organelles within cells which are considered to be the powerhouse of the cell and convert glucose into energy inside the organelle.

Having more of these means the heart as an organ will never run out of energy under normal circumstances.

The reason this arrangement does not occur in all muscle sis the energy requirements would be enormous, and unsustainable.

The human body would simply demand more energy than it can create. 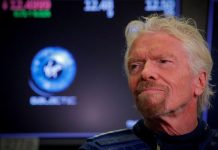