Human Capital Investment and The Growth of Pakistan Economy

What Is Human Capital?

Human capital, as the term indicates, has direct involvement of physical potentials of humans that are governed for any sort of financial activity and growth. In this article, we will majorly focus on how human capital investment impacts the economy of a country in general and the economy of Pakistan in particular. We will also elaborate on how to send money to Pakistan from foreign countries can indirectly or directly contribute to the enhanced human capital and furtherance of Pakistan’s economic growth.

Pakistan is one of the fastidiously growing economies in south Asian countries. With its economic bonding with China in the form of CPEC and other major developmental projects, the country has been engaged in a diverse range of economic growth-promoting activities.

There exist several factors that impact the economic growth of Pakistan. Stock exchange deviations, foreign investments, FDI, employed labour force and many others impact the GDP in unidirectional and multidirectional phenomena.

Among many economic growth-promoting factors, the traditional factor in the form of human capital seems to play an important role in the Pakistan economy.

This claim has been made owing to the impact of the accumulation of physical capital and improvements in the institutional qualities of performances which have largely paid off towards achieving a better economic outcome.

One should keep in mind that there is a complete series of business where human capital increase can lead to broad-spectrum economic growth. For example, investment education and health are considered as the most important areas of human capital investment to gain outspread in the Pakistan economy.

How Can HCI Improve Economy?

Investing in human capital will allow individuals to develop skills and ideas for getting rid of poverty. This may majorly require investment in the education and health sector as elaborated before the head. Some economic indicators may predict that investment in the energy sector and other such industry could lead to a faster economic outcome. However, it is believed that human capital up-gradation likewise contribute as an active factor for maintaining and improving the economic security of the nation.

Moreover, for maintaining a comprehensive system of continuous economic growth, other factors may also need to be looked forward to. One such segment is money sending and receiving methods for Pakistan. Which directly improves the banking system and economic cycle of Pakistan. 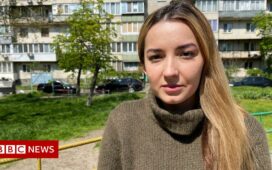 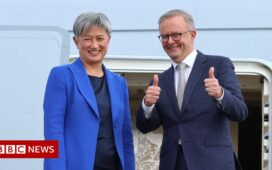 Australia's new PM sworn in ahead of Japan summit