NEWSCABAL
Home » Hugh Grant’s Hollywood offers disappeared ‘overnight’ after Did You Hear About The Morgans?
entertainment

Hugh Grant’s Hollywood offers disappeared ‘overnight’ after Did You Hear About The Morgans?


Hugh Grant says Hollywood offers disappeared ‘overnight’ after he starred in Did You Hear About The Morgans?

The 60-year-old was the go-to leading man for rom-coms in the 90s and early noughties, thanks to roles in Four Weddings And A Funeral, Nine Months, Notting Hill, Bridget Jones’s Diary, Two Weeks Notice, About A Boy and Love Actually.

However, he says that opportunities were thin on the ground after he starred in the panned rom-com Did You Hear About The Morgans? in 2009.

Speaking to the Los Angeles Times, Hugh said: ‘I developed a bad attitude from about 2005 onwards, shortly after Music and Lyrics. I just had enough. Then I went back in 2009 and made another film.

‘At that point, it wasn’t me giving up Hollywood. Hollywood gave me up because I made such a massive turkey with that film with Sarah Jessica Parker.

‘Whether I wanted to or not after that, the days of being a very well-paid leading man were suddenly gone overnight. It was slightly embarrassing but it left life free for other things.’

Did You Hear About The Morgans? starred Hugh and Sarah Jessica as a separated couple on the verge of divorce who are placed in witness protection together after witnessing a murder.

While it didn’t do too badly, raking in $85 million at the global box office, it received a critical mauling, with a Rotten Tomatoes score of just 12%.

Hugh didn’t star in another film until 2012, when he appeared in the polarising sci-fi epic Cloud Atlas.

However, he has since experienced a career renaissance thanks to critically praised performances in Florence Foster Jenkins and Paddington 2.

In 2018, the father-of-five moved over to the small screen for the drama A Very English Scandal, in which he played Jeremy Thorpe opposite Ben Whishaw’s Norman Scott.

The role landed Hugh Emmy, Golden Globe and Bafta nominations, and he is now starring in another high profile TV show, The Undoing, opposite Nicole Kidman.

He previously joked that he took the job to escape his children, but it seems being away from his family has turned Hugh into an emotional mess.

The actor, who is married to Anna Eberstein, said: ‘I did this job partly to get away from my young children as they are exhausting at my age.

‘I thought it would be great to have a break but every time I arrived in New York I missed them so badly I was a mess, so every scene was suddenly a cue for tears for me. I’d even go into a cafe and ask for a cup of coffee and the tears would come.

‘Having spent a career unable to muster a single emotion, I find in my old age I can’t stop them.’


MORE : Ozzy Osbourne regrets cheating on wife Sharon: ‘I’m not proud of that’ 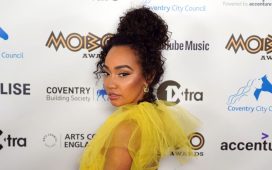 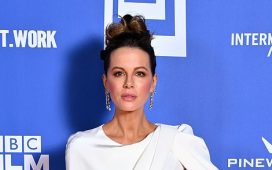 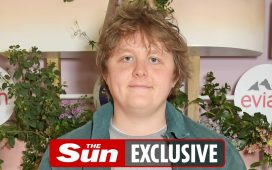 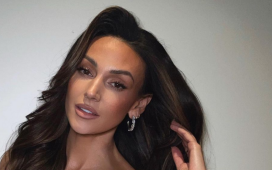 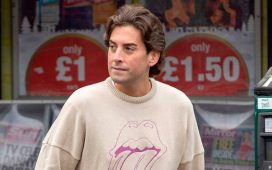 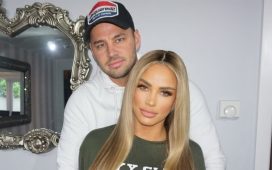