A fuel tanker exploded on Saturday at the Islam Qala crossing in Afghanistan’s western Herat province on the Iranian border, injuring at least 60 people and causing a massive fire that consumed more than 500 trucks carrying natural gas and fuel, according to Afghan officials and Iranian state media.

Two explosions at the border crossing were powerful enough to be spotted from space by Nasa satellites. One blast erupted around 1.10pm Afghan time (8.40am GMT), the next around a half hour later at 1.42pm local (9.12am GMT).

It was not immediately clear what caused the blasts.

Younus Qazizada, the head of the Herat Chamber of Commerce and Industries, told Reuters the blaze had caused millions of dollars in damage. “Preliminary investigations show that more than $50m of damage has been caused by the fire so far,” he said.

The fire continued after nightfall and forced Afghanistan to shut down its electrical supply from Iran, leaving Herat in the dark, said Wahidullah Tawhidi, spokesman for the Ministry of Power Supply. Late on Saturday, IRNA quoted Jilani Farhad, a spokesman for Herat’s governor, as saying the fire was brought under control.

The road between the city of Herat and Islam Qala is a dangerous stretch of highway that Afghans rarely travel at night for fear of attacks by criminal gangs. Taliban insurgents also travel freely in the area. Afghan security services set up checkpoints and were assisting ambulances and emergency vehicles travelling to and from the border crossing.

The Islam Qala border crossing is around 120km (75 miles) west of the city of Herat, and is a major transit route between Afghanistan and Iran.

The US allows Afghanistan to import fuel and oil from Iran as part of a special concession that exempts Kabul from US sanctions against Iran. Satellite photos taken on Saturday before the explosion showed dozens of tankers parked at the border crossing. 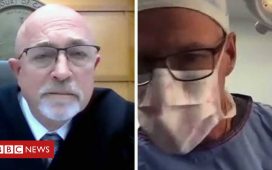 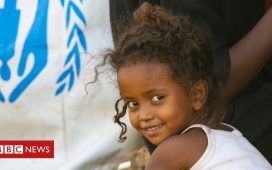 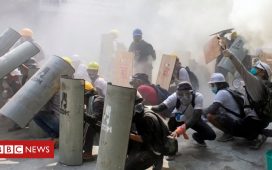