A year ago I was in Barcelona at the Mobile World Congress event to see Chinese tech giant Huawei unveil its first ever folding phone – the Huawei Mate X.

That device never went on sale outside China but here we are
a year later and the sequel, the Huawei Mate XS, is set to arrive in the UK at
some point later this year with a starting price of somewhere north of £2,000.

That’s an eye-watering price for a telephone and it’s
something I’m acutely aware of when Huawei offered to let me borrow one for a
week to test out. I have to confess though, after about three days of usage
this fact did slip to the back of my mind as I began to treat it like I do my
regular phone.

Before long, it was being carelessly thrust into pockets and
slapped down on desk surfaces. In order to combat the inevitable knocks of real
life, Huawei has employed a ‘quad-layer’ screen design that has two layers of
film covering the OLED display and then a further fourth plastic layer beneath
that for more durability.

And the screen is very much the focal point of this device. When it’s closed it’s a hefty 6.6-inch rectangular smartphone. But when you hit the release button, it unfolds to become an 8-inch tablet before your eyes.

The homescreen or whichever app you’re using spreads out and you can carry on as you were. Yes, if you really look closely there is a crease in the screen where it folds but after a while you don’t notice it any more.

The fold isn’t dead-centre, like a book. Instead, one side
of the phone has a curving grip that the screen nestles back into. This means
the screen sits flush when it’s folded back on itself. It also gives you a grip
with which to hold the device in one hand when it’s in tablet mode. It’s a
similar design to the Kindle Oasis e-reader from Amazon and is absolutely the
best solution I’ve seen when it comes to designing a folding phone. My only
annoyance with this design is that it generally favours right-handed folk and
I’m a leftie.

That grip along the right hand side houses all the camera
equipment which has been co-engineered with German camera company Leica. Because
the screen folds backwards, Huawei has technically made a three-screen phone,
although you’re not going to use the 6.38-inch rear-facing screen unless you’re
using the camera. Thanks to a ‘mirror portrait’ mode, the rear-screen displays
what the lens is picking up. So if you’re taking someone’s picture, they can
see what the lens is seeing and it’s also the way you use the phone if you want
to take selfie.

It’s got a Huawei-built Kirin 990 octa-core processor and
8GB of RAM backed with 512GB of storage space. The aforementioned camera
comprises four lenses including a 40-megapixel main sensor, an 8-megapixel
telephoto lens, a 16-megapixel ultra wide lens and a time-of-flight 3D depth
sensor for measuring distance. This can be used for effective bokeh photography
or for augmented reality apps.

It’s got a gigantic 4,500mAh battery that Huawei says can be
charged to 85% in 30 minutes with the bundled 45-watt charger.

And it’s also fully supportive of 5G – so if you’ve got a 5G
price plan from your provider, you can get bumper speeds from this thing. The
antenna runs around the entire edge of the phone so you can theoretically hit
speeds of over 4Gbps.

Even if the tech-talk means nothing to you, understand that
this is absolutely cutting-edge hardware.

Unfortunately, there’s a gigantic Google-sized issue with
the Huawei Mate XS that may put off the small fraction of people not disturbed
by the price tag.

Because of the ongoing trade disputes between the US and
China – and Huawei specifically – the Mate XS has been restricted from using
any Google services. It runs on a tweaked version of Android (which is
open-source) but you won’t find any Google apps preinstalled when you fire up
the device.

More pressing is the lack of the Google Play Store. It’s
nowhere to be found so you can’t use it to install the likes of Facebook,
Instagram, Snapchat, WhatsApp or Netflix. In order to get apps onto the Mate XS
you have to use either Huawei’s AppGallery app store or a third-party option or
find the APK yourself on the web and install them manually. You can also use
Huawei’s Phone Clone app to copy them over from your old device although this
failed on multiple occasions for me.

I did managed to get a fair number of apps thanks to the
Amazon App Store which carried some of the ones I use regularly and installing
the APKs myself. However, this is far too much friction to expect any regular
user to go through.

After several days with the Mate XS I did find the lack of
software to be a bit too much of a hindrance and ended up carrying another
phone alongside it. The Mate XS was fantastic for reading Kindle books or
actually being productive with notes and pictures and the like. The reason
being that you can drag apps across the unfolded homescreen and have them
displayed next to each other in panes. You can even have a third ‘floating’ app
showing up on top as well if you want.

Camera performance is absolutely stellar as well. Aside from
the fact the Mate XS is a little hefty at 300g, it’s got some of the best
camera equipment I’ve seen on a phone. It captures vibrant colour and detail
and the level of tinkering you can do (if you’re so inclined) is fantastic.

All the usual effects, like portrait mode and night mode are
there as well as built-in filters and an excellent super macro mode for
capturing close-up detail.

Most of Huawei’s recent phones have been excellent shooters and the Mate XS as you would expect, tops the lot. Here’s a few examples of some pictures I took with it alongside the same pictures taken with an iPhone 11 Pro for comparison.

After spending a considerable bit of time with the Mate XS I
both adored it and was incredibly frustrated by it. You can’t help but marvel
at the hardware and then realise how hamstrung it is by the lack of access to
Google Services. In the long run, this blockade could be good for Huawei –
forcing it to accelerate its own app platform so it’s no longer reliant on
Google to deliver the software experience that Western users have become
accustomed to.

I spoke with Huawei reps about this and they admitted that
the Mate XS is not going to be a massive seller – it’s more of a concept
vehicle to demonstrate what folding phone technology is capable of. On that
score, it more than succeeds and is one of the best folding phones I’ve seen up
close.

But the reality is that nobody outside of a small enclave of
tech enthusiasts would or should buy this phone. It’s a phenomenal piece of
design and an extremely exciting proof-of-concept gadget but as a day-to-day
smartphone it’s not there yet. 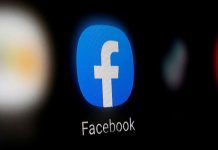 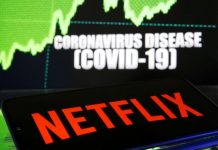 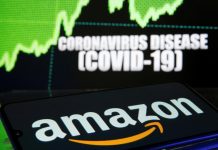 Step-by-step guide: How to video call your family 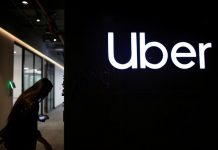 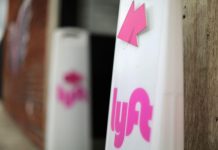 Coronavirus: The school of Mum and Dad 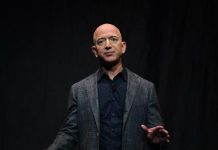 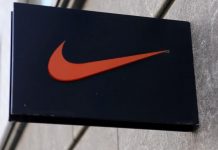