HS2 contractors are planning to disinter 3,000 bodies discovered in a churchyard in Buckinghamshire that lies in the path of the new high-speed rail link.

Archaeologists excavating a site at Old St Mary’s church in Stoke Mandeville, Buckinghamshire, which was built shortly after the Norman conquest in AD1080, discovered the ancient burial site in the churchyard. The burial ground at St Mary’s was in use for 900 years, with the last recorded interment in 1908. Around 3,000 burials are expected when the graveyard is fully excavated.

The exhumation is not the first during the development of the controversial rail link. In 2017 an estimated 60,000 bodies were disinterred from a former burial site at Euston station. The bodies were later reburied at Brookwood cemetery in Surrey.

The ancient church was renovated in the 13th, 14th and 17th centuries. It played a central role in the community and was subject to a variety of extensions and the construction of a brick bell tower.

The old church was abandoned and fell into disrepair following the construction of a new church closer to the centre of the village in the 1880s. In 1966 the building was considered so dangerous that the Royal Engineers were drafted in to demolish it.

The St Mary’s site is deemed to be unique and the team of 40 archaeologists working there hope the excavation will help them understand the history of this place of worship, how its use and meaning changed over time and what it meant to the community of Stoke Mandeville.

Helen Wass, head of heritage for HS2, said: “HS2’s unparalleled archaeological programme is well under way and the start of works at St Mary’s offers an exceptional opportunity for archaeologists to uncover and shine a light on what life was like for the community of Stoke Mandeville over such a timespan. All artefacts and human remains uncovered will be treated with dignity, care and respect and our discoveries will be shared with the community through open days and expert lectures.”

Archaeological work on the site began in 2018 revealing well-preserved walls and structural features of the church. In October last year, HS2 revealed that unusual stone carvings, medieval graffiti and other markings had been found, with questions raised as to whether they were sundials or witching marks.

Over the next six months, a team of archaeologists, assisted by engineers, will remove the remaining structure of the church and excavate all of the bodies buried in the churchyard.

Mark Keir, a Green party member and longstanding campaigner against HS2, said that while the Stoke Mandeville church site was being excavated, other sites of potential interest were not.

“Dews farmhouse in Harefield, demolished only recently by HS2, saw no archaeology, with neither the main building nor the outbuildings being allowed to release their Elizabethan secrets. Jones’ Hill wood, the beautiful ancient Chiltern gem being felled right now, has seen no archaeology, despite the community of campaigners living on camp there finding a Neolithic hand axe, among many simpler flint scrapers and tools,” he said.

He added that HS2 had caused controversy and upset in communities the high-speed line passes through. “Perhaps HS2 might like to accord the same delicate respectful care they claim is shown to disinterred bodies to those very much alive and ever angrier in the communities they are smashing through.” 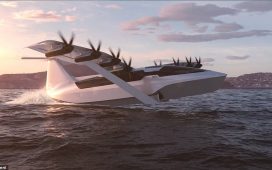 All-electric 'seaglider' is part plane, part boat that will travel along US coastal routes in 2025 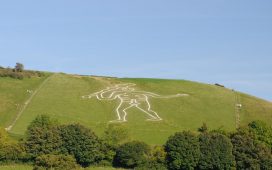 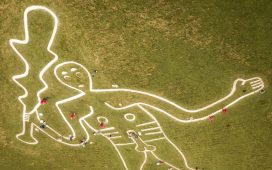 A giant’s story: How new archaeological research may help reveal England’s long-lost past 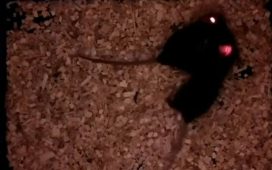 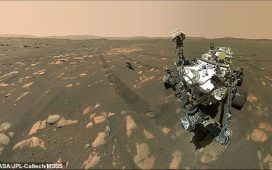