How you can keep fruit flies away with a wine cork


Keeping your fruit bowl is important to encourage healthy snacking – but a stack of fresh food can attract pesky flies.

But apparently adding wine corks to the bowl stops them landing on the food.

Fruit flies are attracted to sugar and moisture but the cork helps to absorb this and apparenty the flies don’t like the scent of them either.

The post on Facebook said: ‘Did you know fruit flies lay 500 eggs at a time on the fruit in your kitchen? Reuse wine corks in your fruit bowl.

‘They absorb moisture from the ripening fruit and put off a fragrance that repel the pesky bugs.Sounds like a good excuse to prepare some corks!’

You can use corks leftover from a bottle you’ve been drinking from but you need ones made from natural cork, rather than composite of synthetic material.

Once removed from the bottle, make sure it’s completely dry and if there is any build-up or sediment on it, you can cut that off, but a little staining from red wine is fine.

If you’re not a wine drinker or usually drink screw tops, you can buy corks online or you can find fruit bowls made from the stuff, which has the same effect.

Although it is a bit of an old wive’s tale that has been around for a long time, Ryan Watts, a sommelier who works for Cameron Hughes Wine, told Today it does actually work.

Some people commenting on Mum Central’s post had been doing this for years but others had never heard of it before.

One said: ‘I’ll have to go buy some wine so I can have corks.’

Another tagged friends and said: ‘ I think we know what we need to do, ladies. Get poppin.’


MORE : Mum reveals genius hack for hard-boiling eggs ahead of Easter – and all you need is a cupcake tin 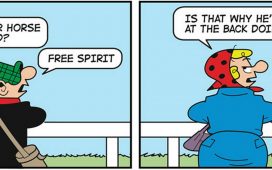 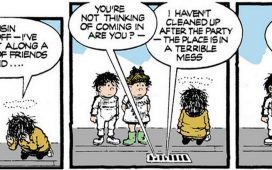