How will the Love Island contestants cash in following the show?


The prize given to winning Love Island couple Dani and Jack might be £50,000, but that’s nothing compared to what they could earn on the outside.

Residents in Mallorca’s most exclusive villa leave with hundreds of thousands of new followers waiting on their next move.

But what Islanders do in the first weeks after the competition is crucial and will map out their whole future in the public eye.

Rosie Williams, who appeared in this year’s series, told the BBC she had already seen the benefits from appearing on the show.

The 26-year old said she had made her money from Instagram posts and attending events: “For me I went from a job I studied eight years to achieve, to this. I’ve made my year earnings in a month… and that’s a big achievement.”

Last year’s winner Amber Davies, likewise, says she has made life-changing sums of money since the show.

Also speaking to the BBC, she said her collaborations with brands has meant she has been able to “buy things and do things and experience things that I was never able to before. I was able to buy my grandparents cars – it’s been amazing.”

He tells the BBC: “The first conversation an agent should have with an artiste coming straight off a show like Love Island is ‘Where do you want to be in five years?’

“Some will just want to make as much money as they can and then fade back into a normal life away from the limelight.”

Richards says that everyone has a different idea of what they want to do afterwards, but many end up “pursuing a career on television or as a social media influencer”.

Richards has a clear message to reality TV stars who want to build a career in the outside world – “be very choosy about which brands they align themselves with”.

Social media, and Instagram in particular, has become a huge platform in recent years for influencers to make money, but if the Love Islanders want to sell products to their adoring fans they have to keep it authentic.

“Love Island has a young fan base and anyone coming off this show is a major influencer and there’s responsibility that comes with that,” Richards says.

“Our advice is always to only work with and post for brands who the artiste truly believes in and actually uses or wears.

“Sometimes that means turning down big financial offers to market questionable products or services but it’s very important that people stay true to themselves as that helps build their brand and makes them more influential in the long run.”

This is echoed by Elle Cuthbert-Edkins. who works for Hopper HQ, a company that helps brands target specific audiences on social media.

She tells the BBC: “Contestants need to be learning about these businesses and working closely with brands to understand the industry and see how they can work their way into them themselves.

“They can make a lot of money but influencer agencies need to make sure the Islanders are not making silly business mistakes and allowing themselves to be vulnerable.”

But the Islanders can learn a lot from past reality stars’ mistakes, including Geordie Shore’s Sarah Goodhart, who told the BBC, “I put myself in debt”.

“I just thought I was going to be rich. It was the opposite.”

Why do we care about the Islanders?

The pool’s been drained, the bedrooms stripped and the villa gates have closed for another year – so why do we care about what the Islanders are up to now?

Cuthbert-Edkins says: “The platform of Love Island sees someone build a relationship as an individual as well and they keep us glued to our TV screens.”

“They don’t even have to stay in the relationships (from the show) – all eyes are on their Instagram pages, we want to know what’s going on in their lives after the show and Instagram is the perfect place to do that.”

Richards agrees: “People feel like they truly know the person after seeing them on their screens every night for eight weeks.

“They’ve bought into the person and some of the cast of Love Island are coming out with well over a million followers each.

“That’s a powerful marketing tool to business looking to reach that audience.”

Last year’s finalists Chris Hughes and Kem Cetinay are perfect examples of the Love Island effect – a year on, their Instagram pages are alive and well and the job offers are still rolling in.

Cetinay has been presenting the Love Island podcast throughout the series and has also been starring alongside Hughes in their very own show, which Cuthbert-Edkins says “kept the Love Island fire stoked”.

There’s a huge capacity to make money on Instagram and the more followers you have, the more you can command in fees for posting about a brand you are working with.

Cuthbert-Edkins says working with fitness brands – posting about anything from protein shakes to sports bras, “could fetch you £150 per 100,000 followers from one post”.

But it’s important to stay on the right side of the law, says Shabnum Mustapha, who works for the Advertising Standards Authority (ASA).

“We’ve got rules in the UK and advertising codes for Instagram,” she tells the BBC.

“You know when there’s an ad break on TV or paid advertising in a magazine, but with social media the lines can be blurred.

“We don’t have a problem with stars making money this way, but they have to stick to the rules if they have been paid – it has to be clear and upfront so followers know they’re being advertised to.”

Mustapha says the ASA banned an advert by Made in Chelsea star Louise Thompson last week, after she promoted a product on her Instagram page but did not disclose she was being paid for posting the picture.

“She was promoting a watch and said ‘you could get 15% off with the code Louise’ so we got in touch with the brand and there was a commercial relationship.

“We told her she needs to make clear that something’s an ad.

“This also happened with Marnie Simpson from Geordie Shore, she posted about teeth whitening on Snapchat and didn’t say it was an ad.”

“She got negative press afterwards and this undermined trust in her brand and was a lesson for her and her PR team to know not to do it again”.

Shabnum Mustapha identifies what to look for: 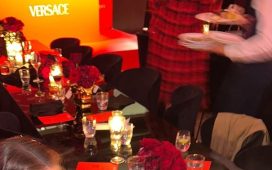 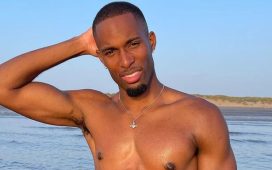 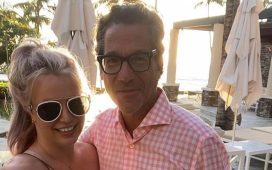 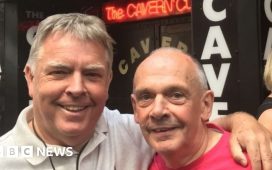 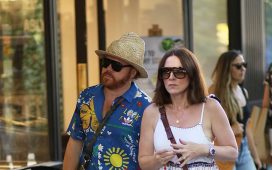 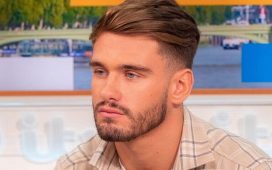 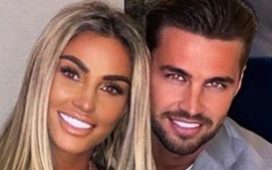 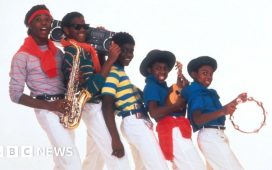