Pieter Huistra was the Liverpool star’s first-ever senior boss and has watched him blossom from a ‘lanky’ youngster into the cornerstone of the meanest defence in the Premier League.

“I’m biased,” Huistra exclusively told Express Sport. “But I think he is one of the best in the world at this moment.”

Huistra advised Groningen to sign Van Dijk as a 20-year-old in 2010 after watching him in a youth game for boyhood club Willem II, just months before he would arrive to take over as the Eredivisie side’s manager.

He had been warned over his questionable attitude and ability to adapt but took him under his wing nonetheless and helped nurture his undoubted talent.

“I told the Groningen technical director that he was a good player, a very interesting player,” Huistra added.

“He still had to grow a little bit in terms of muscle. He was a bit lanky at the time and you could see he was not fully developed. But he certainly had some qualities.

“He was a good passer especially and had good defensive positioning.”

Those qualities have been evident since the moment Van Dijk arrived at Anfield from Southampton as the world’s most expensive defender last January.

His commanding presence has transformed a previously leaky defence into one that has conceded just 18 goals in 30 Premier League games this season.

But former Rangers and Holland midfielder Huistra remembers a time when Van Dijk was not the all-action leader English fans have become accustomed to.

“When he signed for Groningen it was the first time he was leaving his mum,” he said. “He had to live by himself on the other side of the country and adjust to a new club.

“In the beginning, it was difficult but he had a good coach (Dick Lukkien) in the reserves. He had a tendency to train at 60 or 70 percent sometimes but we stamped that out quite quickly.

“He learned that within two or three months and we saw his performances in games improve.

“Then it was interesting to take him into the first team. He trained and by the end of the season he even played a few games with us.

“The older players immediately accepted him as a full member. Sometimes you have players from the reserves coming over and you still see some resistance with the older guys – but he was fully accepted from day one.”

After two years at Groningen, Van Dijk moved to Celtic before travelling south to Saints and then on to Liverpool.

Now, nine years after getting his chance under Huistra, Van Dijk is on the brink of greatness at Anfield and, if he can lead the Reds to their first league title in 29 years, individual awards are sure to follow.

He is a huge favourite to win the PFA Player of the Year as it stands and become the first defender to be crowned since John Terry in 2005. However, Huistra insists it will mean nothing to Van Dijk unless Liverpool are Premier League champions at the end of the season.

“The fact he is considered is a nice honour for him,” he said. “But I know the most important thing for Virgil is that Liverpool win the championship. That’s just how he is.” 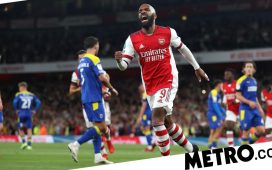