While there’s no need to overload your body with more vitamin D than it knows what to do with, there are plenty of benefits to making sure you’re getting enough.

Not only have studies indicated that healthy levels of vitamin D could help the body fight coronavirus more effectively, but it is also important for keeping your bones, teeth and muscles healthy.

Prof Smith, from the Centre for Regenerative Medicine and Devices, previously told us: ‘In lockdown, many of us are not getting enough vitamin D – either from the sun or from the diet – and it is important that we all get enough vitamin D3 via supplements.

‘In addition to maintaining healthy bones and muscles, vitamin D3 is very important for maintaining a healthy immune system.’

With that in mind, here’s what you can do to boost your intake of vitamin D.

Enjoy a safe amount of sun

Vitamin D can be absorbed through the skin via exposure to UV rays, which are helpfully radiated by the sun.

According to the NHS, it’s not known exactly how much time you’d need to be in the sun to get enough vitamin D to meet your body’s needs because there are so many variables at play – such as your skin colour and how much skin you have exposed at the time.

However the NHS website also says: ‘Most people can make enough vitamin D from being out in the sun daily for short periods with their forearms, hands or lower legs uncovered and without sunscreen from late March or early April to the end of September, especially from 11am to 3pm.’

Now that autumn is drawing in, it’s highly likely that we won’t be getting a vast amount of sun in the months to come.

Office workers and others whose jobs require them to be inside for the majority of the day will often find themselves short on sunshine time, which is where vitamin D supplements come in.

From cod liver oil tablets to flavoured sprays, these can come in loads of different shapes and sizes and can be found easily at your local pharmacy.

Certain foods are high in vitamin D, such as fatty fish like mackerel, salmon, herring and sardines.

You can also get vitamin D from red meat and eggs.

A study by the US Department of Agriculture found evidence that mushrooms exposed to UV light also contain significant amounts of the vitamin. This is because ergosterol in UV-exposed mushrooms can be converted to vitamin D.

This even works after the mushrooms have been picked, so if you want to supercharge your latest grocery haul with some vitamin D, all you need to do is let your mushrooms sit in the sun for a little while before you eat them.

MORE: 38 areas added to coronavirus ‘watch list’ including the whole of London 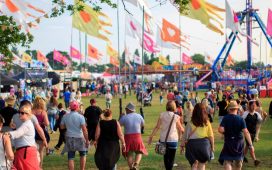 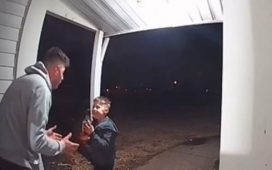