Have you ever found yourself scrolling through Netflix, paralysed by indecision, until you’ve spent more time browsing than it would’ve taken you to watch a film

When it comes to making decisions, most of us know that more options isn’t always a good thing.

But what can you do when you’re feeling overwhelmed and exhausted by making even the smallest choices?

You might be struggling with decision fatigue, and you’re not alone.

‘Decision fatigue is definitely real and is amplified by the stressors we’re all living in,’ explains Dr Julie Gurner, a clinical psychologist and executive performance coach. ‘Many are working from home, and we have a pandemic that gives people even more challenges and stressors in their daily lives.’

Add in the fact that people are making countless decisions every single day —some estimate that we make an average of 35,000 decisions each day — and it’s easy to understand why the concept of making decisions can have a very real impact on your daily life.

So how can you combat decision fatigue and learn to make faster (and better) decisions?

Reduce the number of decisions you need to make

While it might seem easier said than done, the best way to combat decision fatigue is by reducing the number of choices you need to make in your daily life. This doesn’t mean you need to skip those choices altogether—instead, use strategic planning to reduce the decision-making burden in advance.

‘There are many ways to reduce decisions most don’t think about,’ Dr Gurner tells Metro.co.uk. ‘For example, if you make a big batch of food at home on a Sunday, you have an easy and available lunch every day.

‘At work, delegation to others can help to offload some lower stakes decisions and simultaneously stretch others in their role to rise.

‘Taking things off your plate is key to restoration, as well as building in periods where your mind can simply relax—like going on a walk once a day.’

Different types of decisions require different approaches, so it can be helpful to restructure your decision-making process to prioritise making bigger decisions better.

‘Two criteria I use are “reversibility” and “stakes” for speed of decision making,’ Dr Gurner says. ‘If they are reversible decisions and relatively low stakes, move quickly.

‘If they are not easily reversible and/or relatively high stakes, examine it thoroughly and have a higher bar of certainty.

‘We all want to move fast, but moving fast on the right things matters.’

Translation? While there’s nothing wrong with mulling over your shopping order for the twentieth time, it might be contributing to your decision-making fatigue—and you might want to speed things up a bit.

For bigger and scarier decisions, however, it’s okay to want to slow down and consider your options.

Connect with your intuition to combat analysis paralysis

Many of us have been frozen by analysis paralysis, aka the tendency to overthink certain decisions until we find ourselves completely unable to choose.

To combat this tendency—and help you make faster decisions—try introducing a simple coin toss into your decision-making process.

Whenever you find yourself stuck between two options, flip a coin. Whatever it lands on, that’s your decision unless you have an immediate, strong reaction telling you otherwise.

If that reaction happens? That’s usually your intuition telling you to do the opposite.

And here’s the catch: no reversals allowed.

While it seems like a deceptively simple trick, this can help you connect with your intuition and ‘gut instincts’ in order to make decision-making easier and faster for yourself — which is incredibly helpful when you’re struck with analysis paralysis.

And finally, stop second guessing yourself

Part of why the coin toss works is because it helps reduce the urge to second-guess your decisions.

For decisions that are relatively unimportant — like when you’re torn between wearing brown or black shoes — this can be incredibly impactful because, in reality, the outcome doesn’t matter as much as we think it does.

‘Second guessing comes from uncertainty, and what you’ll find is that people who second-guess their decisions often don’t entirely trust their own judgment or are concerned they may be missing something,’ Dr Gurner says.

Remember, decision-making is a skill. That means the more you practice using something like a coin toss or categorising your decisions based on reversibility and stakes, the more confident you’ll become in trusting your intuition – and the easier decision-making will be.


MORE : Is filtered water actually any better for you than tap water?


MORE : How to be happier with less and ditch your endless need for stuff


MORE : Can the Pomodoro Technique help you beat distraction? 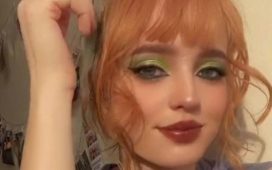 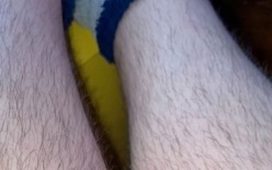 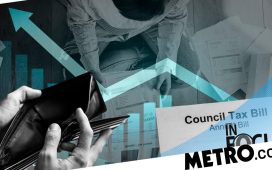