How to change your Snapchat username


Ever since Snapchat became popular in the early 2010s, fans of the app have been curious for a way to change their username.

Whether it’s a nickname that you’ve outgrown, like ‘lilprincess1111’ or you simply fancy something new to represent who you are, the name you used to first sign up to Snapchat is one that many people have long attempted to alter.

Sadly, there have been no further updates to the app that will allow a user to change their original username – but all is not lost, as there is still a way to edit the name that’s displayed publicly on the app.

Here are some tips on making further edits to your Snapchat profile.

How to change your Snapchat display name

While it looks like a dead-end in terms of being able to alter usernames on the platform, there is, at least, a simple solution for switching up the display name attached to your account.

Whether you’re using an iOS or Android system, the method to changing your display name is simple:

Though it’s not a complete reset of your account, at least this is a way to have renewed control over the title that’s most seen by your friends and followers.

How to have a completely fresh Snapchat username

However, if a new display name isn’t enough of a difference, your remaining solution is simply to delete your account and start again with your desired username.

As it will be a completely new profile with no history attached to it, you’ll lose all saved memories and old stories.

And, of course, should you want to use a different username again in the future, you’ll have to set up a brand new account once again.

Why can’t I change my Snapchat username?

With restrictions on changing usernames on this platform being rigid from the start, plenty have questioned why – especially when it is possible to change usernames on other forms of social media such as Instagram and Twitter.

However, officials at Snapchat have never gone into much detail about the reasons behind it being impossible to change a username after it is created, simply putting it down to ‘security reasons’.

Similarly, no user is able to transfer account data, Memories, or Snapstreaks from one username to another.


MORE : What is a Snapchat streak?

See also  A mystery person just moved $1 billion worth of bitcoin and no one knows why
Share on FacebookShare on TwitterShare on PinterestShare on Reddit
newscabalSeptember 22, 2021 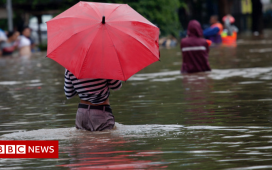