This article is an on-site version of our Brexit Briefing newsletter. Sign up here to get the newsletter sent straight to your inbox every week

Welcome back. Do you work in an industry that has been affected by the UK’s departure from the EU single market and customs union? If so, how is the change hurting — or even benefiting — you and your business? Please keep your feedback coming to brexitbrief@ft.com.

Fishing and farming sparked fierce debate in Westminster over whether to follow EU standards or not. Financial services, an industry that dwarfs both of them combined, is diverging with barely a murmur of disagreement.

It jars with British prime minister Boris Johnson’s disappointment that the Christmas Eve agreement “didn’t go as far as we would like”.

An alternative reading is that neither side had really wanted to get locked into serious commitments to keep things as they were. Financial services regulation is a sovereign issue and the split was an opportunity to recast unsatisfactory laws forged in the messy compromises of EU rulemaking.

Britain has no overarching plan for finance but rather a steady drip-drip of minor policy changes from standards agreed with the EU. The resumption of trading Swiss shares in London, tighter bank capital rules and a new prudential regime for investment firms to better reflect their risks are just the start.

“Our reputation is not built on deregulation. It’s built on high standards that reflect the complex needs of an evolving market,” John Glen, City minister, told MPs last week.

The British parliament is also shepherding plans to change the framework for lawmaking, ending the EU tendency to gold-plate extensive detail in overarching regulation that then takes years to change. More discretion and flexibility for oversight will be handed to regulators — although Glen tried to play down the extent of leeway to concerned parliamentarians. The EU hasn’t been slow to change either, shoving small changes into a pandemic recovery plan.

Collectively, these shifts point to a reality that predated Brexit: the EU and UK’s financial services markets share similarities but also have fundamental differences in composition and outlook.

The City is a wholesale market for global investment banks, asset managers and pension funds, and is the central hub for huge global markets such as foreign exchange and derivatives.

The EU has fewer private pension funds and companies rely more on banks for financing. It also has more explicit political aims. It wants to harmonise its capital markets standards, encourage equity capital and has the vague goal of “internationalising the euro”.

In addition, it wants to cut its reliance on London and repatriate jobs and capital. Only two temporary “equivalence” deals that make it easier for EU investors to use services based in the City have been approved. Mairead McGuinness, the EU’s financial services chief, has repeatedly said there’s “no rush” to dole out more.

Divorce means policymakers on both sides of the Channel can rifle through the rule books they once jointly wrote, and and amend the ones they never really liked.

The EU’s Mifid II rules are an example. The legislation clamped down on investment banks’ practice of freely sending clients their stock market research, which was seen as a potential inducement to trade and therefore not to be encouraged. The UK was a driving force behind the initiative and will make only modest tweaks to existing rules. Many EU members felt the UK had been too hardline in the 2014 negotiations and now Brussels has eased the rules to help small companies.

The new era of cool politeness between London and Brussels was underlined by March’s joint memorandum of understanding that committed neither side to anything tangible. This state of affairs may not last as uncomfortable realities loom.

For the EU, global financial markets are attracted to London. The timezone and language help but are only part of the reason. English law is crucial to the financial services industry, Philip Wood, one of the world’s leading experts in comparative financial law, told the cross-party UK Trade and Business Commission last month.

Wood, a former partner at Allen & Overy, said that of the 320 legal jurisdictions in the world, 40 per cent of them are based on English law. “It’s an international public utility. It is one of the two most-used governing laws [with New York] for all the big contracts, syndicated credit, bond issues, derivatives, long-term supply agreements.”

It’s an acute point in the looming fight over clearing, which matters because it is central to global market stability. At present about €82tn of euro-denominated swaps sit in London, the vast majority of the global market. The EU wants as much of it as possible repatriated to the eurozone before next June, when the temporary permit that allows its banks to use London expires.

But that business sits in London because it saves customers millions of dollars a day, and is facilitated by English law. “It’s got some very important systemically risk-reducing features which are embedded in the legal system. Those things are not available in any of the civil EU legal systems,” said Wood.

The UK, meanwhile, must also accept that divergence has exacted costs that may rise further. According to the think-tank New Financial about 7,500 jobs have moved to the bloc since the 2016 EU referendum, while banks and asset managers have transferred more than $1tn in assets, about a tenth of the total.

The EU is taking a hardline on other issues the UK cares deeply about, besides euro clearing. It is undecided on Britain joining the Lugano Convention, which determines which countries’ courts have jurisdiction in EU cross-border commercial disputes. British lawyers say the country’s legal standing could be affected if it were unable to join and companies chose to litigate elsewhere. Brussels is also considering restrictions on the size of funds that can be managed from overseas (read: London).

If the EU remains implacable, the UK may soon have to decide if it needs to defend its turf more aggressively. In a paper last month, Policy Exchange, the influential Conservative think-tank, argued the City needed a government “prepared to go into battle for it” and make London a more attractive offshore market for euro-denominated business.

For now the door is just about ajar for further co-operation and agreement. The UK has granted some equivalences that make it easier for UK-based businesses to trade with EU institutions. The MoU offered another stepping stone. Without greater trust, both sides could lose heavily in a regulatory war.

The most sensitive financial market to the relationship between the UK and EU has been share trading. Thanks to the single market’s passporting rules, EU banks and fund managers used to funnel the majority of their deals to London, where a multitude of trading venues would fight it out to offer the best price.

The hard Brexit of January meant an eye-catching €6.4bn of EU share deals exited London on the first day in search of a new legally compliant home. Amsterdam dethroned London as the biggest centre for trading shares in Europe.

But financial markets don’t stand still. Within days of the share trading exodus, Britain was preparing to bring back the trading of Swiss stocks to London, a practice that has been blocked by the EU.

Comparisons will become more nuanced and difficult as time goes on. For example, the UK is planning to delete the limits on the amount of trading allowed in off-exchange trades, which allow investors to buy or sell large blocks of shares without disturbing prices on the market. The UK has a more benign view of this dark pool trading, seeing it as a benefit to investors. The EU thinks it is healthier for most deals to be conducted on an exchange.

In a few years there’s little doubt the UK and EU markets will have quite distinct characteristics.

And, finally, three Brexit stories you may have missed this week 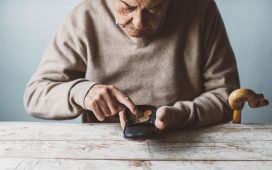 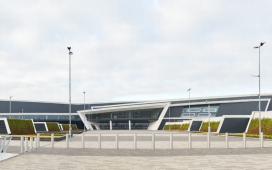 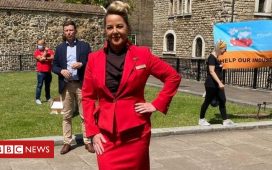 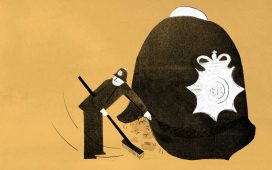 A police force still struggling to tell the whole truth