NEWSCABAL
NEWSCABAL > auto > How Tesla, Nikola and Donald Trump are all connected
auto


On January 9, 1943, two days after Nikola Tesla died destitute in a New York City hotel, the FBI called MIT professor and esteemed electrical engineer, John G. Trump, to determine if any of the belongings in the inventor’s estate—which included a purported weapon of mass destruction Tesla called the death ray—would be dangerous if they fell into enemy hands.

After a three day investigation, Trump – in fact the late uncle of Donald J. Trump – determined there was no risk. (It turned out Tesla never actually made his death ray.) Still the mystery and exaggerated claims, along with the soaring success and failures associated with Tesla, an eccentric Serbian-American polymath futurist continue to be played out today on a scale that only he could have imagined.

That two high-profile electric vehicle companies, one named after the inventor’s last name, ‘Tesla,’ headed up by Elon Musk—very much an intellectual descendent of the inventor, and another ‘Nikola,’ after his first name, would both be creating huge waves and headlines—though for very different reasons—80 years later, seems to be beyond. Yet for those who’ve believed in the man and his vision, maybe it isn’t so surprising. It’s also the case that Tesla, brash and successful and Nikola, speculative and troubled both reflect facets of their namesake. (It’s perhaps poetic that Tesla’s Musk, sometimes spars with and sometimes emulates Professor Trump’s nephew, the President of the United States.)

Here’s a bit more on Nikola Tesla: A visionary who among countless other inventions and ideas helped develop and commercialize the AC or the alternating current electricity supply system, Tesla was a tall, reed-thin vegetarian who dined at Delmonico’s restaurant nearly every night. Possessing an eidetic memory, Tesla was prone to fantastic claims and forever tapping Wall Street, including J.P. Morgan himself, for vast sums of money in part because of his lavish spending. (Trivia alert: Tesla was played by David Bowie in Christopher Nolan’s “The Prestige,” while Ethan Hawke has the lead role in this year’s “Tesla.” Also see “The Current War.”) Tesla also battled powerful rivals (including Marconi and Edison) and endured a love/hate relationship with the press, who called some of his work a hoax.

Any of that sound familiar?

Let’s now flash forward to September of 2020.  It would be an understatement to say that Tesla and Nikola, (the two EV companies that is) had a crazy week, yet in a way that’s pretty much normal for both of them.

Tesla is more than a car

Let’s start with Tesla’s week: The company was following a court case involving a Russian ransomware attack. It sued the U.S. government over Chinese import tariffs. And in a court document filed this week, Tesla accused Nikola of itself stealing a truck design, a filing it made in response “to a lawsuit in which Nikola alleges that Tesla stole Nikola’s design of its electric truck— the Nikola One — for the Tesla Semi…” (Got that?) Oh and California Governor Gavin Newsom announced he was banning gas powered cars in his state by 2035, which would certainly benefit Tesla (and Nikola.)

But all that was just a sideshow (if you can imagine) for Tesla’s main event, the company’s first “Battery Day,” where the company introduced a battery that it says has six times more power and five times more energy than its previous batteries. Musk also indicated that the company could produce an EV for some $25K in three years. (The fact btw, that Tesla can hold a Battery Day—capital B, capital D—speaks both the company’s incredible marketing machine and to the actual import of these batteries going forward.)

“From someone working in the battery research field for two decades, I give them an A+,” says Shirley Meng, a professor of energy technology at the University of California San Diego. “They are doing this incredible vertical integration so they can ensure cost and performance control, and also meet a sustainability goal. In the battery field there were so many claims based on dollar per watt hour, energy density, watt hour per kilogram. There was a lot of fatigue in terms of those claims. But when the Tesla team announced this kind of very holistic approach to look at this entire supply chain of the batteries, I think it’s very forward looking. I’m impressed.”

And yet the announcement underwhelmed Wall Street and Tesla’s share price fell some 10% (which happens with this volatile stock, and it has since recovered a bit.) But that drop produced agita and even outrage among Tesla’s sometimes maniacal customer base and Musk’s nearly 39 million Twitter followers.

In fact, one Tesla bull got into a kerfuffle this week with a Yahoo Finance reporter who was questioning some of Musk’s claims, causing the Tesla bull to Tweet his displeasure which prompted Musk to Tweet that “Yahoo Finance is as dumb as it sounds.”

Musk’s Twittering and his dust-ups with the media are predictable and Trump-like and I say unnecessary too, as they detract from his accomplishments and are beneath him. But maybe I’m old school. The fact is, (and it is a fact), Tesla is the real deal. If you’ve never driven a Tesla, you may not get it. These babies are super cool and more importantly really what cars will be. Tesla is more than a car though, its software and charging stations make it a network. Tesla is miles ahead of its competitors, EV or legacy car company. In just a few short years Musk has built a world-changing product and brand. He’s driving the vehicle business forward in a way no one else is, or has since maybe Henry Ford.

“First Tesla and electric vehicles were largely dismissed as a fad,” says Joseph Osha, an equity analyst at JMP. “After that, automotive manufacturers started saying ‘this is real but we’ll just do it.’ Expectations were that a big company — Ford, GM, Volkswagen —would show up and that would be the end of Tesla. What you saw — was a whole series of basically blown launches, from the Audi e-tron to Mercedes EQC to Jaguar I-PACE to numerous promises from GM. All of those cars were supposedly going to run right up against Tesla. Now you’re seeing a scramble because the original manufacturers dramatically underestimated how hard this is. It’s quite something. I’m curious about which one is going to make big company decisions to drop $5, $10, $15, $20 billion into catching up.”

Does Musk sometimes make outlandish claims and fall short? Sure, but I don’t think you can say this is all about fake-it-to-you-make-it. With apologies to Marty McFly and Jeff Bridges, Tesla—with a reported million plus EVs sold worldwide and 48,00 employees—is no DeLorean or Tucker.

The one giant question about Tesla, is its stock price, which has climbed by 10X this year. 10X! In other words, yes, Tesla is a revolutionary company, but is it worth $377 billion—more than Ford, GM, Fiat Chrysler and Toyota combined ($278 billion)?

It’s a sky-high valuation, but is it justified? Of course no one really knows.

Let’s shift gears now, (actually an inappropriate cliche when talking about EVs) and delve into Nikola, which has a market cap of some $7 billion—though four months ago it was five times higher.

Have you not been following the Nikola saga? An EV truck company founded in Utah six years ago (the name must have driven Musk crazy), founded by one Trevor Milton, Nikola went public this June through a SPAC (special purpose acquisition company—the Wall Street entity of the moment) run by former GM exec Steve Girsky. Nikola has a number of trucks in design phase, using battery-electric and hydrogen-electric fuel cells, but has yet to deliver any vehicles. Nonetheless Nikola’s stock soared this summer, powered at least in part by young, so-called Robinhood investors.

On September 8, GM CEO Mary Barra announced a partnership with Nikola where GM would buy 11% of Nikola and work with the startup producing vehicles and batteries. Nikola’s stock popped 50% on the news.

A mere two days later, Hindenburg Research, which “specializes in forensic financial research,” published a damning 67-page report, “Nikola: How to Parlay An Ocean of Lies Into a Partnership With the Largest Auto OEM in America” stating that “we believe Nikola is an intricate fraud built on dozens of lies over the course of its Founder and Executive Chairman Trevor Milton’s career.”

Nikola did not respond to a request for comment from Yahoo Finance regarding the Hindenburg report but issued this statement on Sept. 14 (partial excerpt): “Nikola believes that the Hindenburg report, and the opportunistic timing of its publication shortly after announcement of Nikola’s partnership with General Motors Co. and the resulting positive share price reaction, was designed to provide a false impression to investors and to negatively manipulate the market in order to financially benefit short sellers, including Hindenburg itself.”

Hindenburg and Nikola traded barbs back and forth for several days, while for her part, Barra insisted that GM did its due diligence. Still, last Sunday night, Milton stepped down as CEO and Girsky became the chief executive. Nikola stock now trades at $19, down from its high of $93. Oh, and the DOJ and SEC are investigating.

“Having studied the Hindenburg report pretty closely, there’s nothing in there that points to Nikola’s ability or inability to execute on the plan. 90+ percent of the argument made is that the founder of Nikola has made untruthful statements or promised things that haven’t played out. And he resigned on the back of those,” says Emmanuel Rosner, an analyst at Deutsche Bank. “But if you go back to the arguments, there’s nothing in there that gives investors clarity on whether Nikola can make hydrogen work or not work. Nothing has changed from that point of view.”

That’s the company though. As for the man, Milton, who still owns 25% of the company worth some $2 billion, things could get worse. Yahoo Finance’s Alexis Keenan reports that many of Milton’s hyped-up claims along with Hindenburg’s charges are “…likely at the heart of inquiries now undertaken by federal agencies tasked with deciding whether legal action against the short seller, Milton, or Nikola is warranted.”

But wait, Elon Musk has made claims that haven’t come true, right? “Overall no question in our mind that Elon has a track record of setting bold targets and [the new battery strategy] is certainly a bold target as it relates to improvement and cost reduction” says Rosner. “…even achieving a piece of it, let’s say there’s a smaller cost reduction, would still have enormous implications.”

So is that wrong to do?

Steve Jobs too made bold, sometimes outlandish promises. And by extension, so has Elizabeth Holmes of Theranos. In fact, this has essentially been her defense, which is to say that forward-thinking entrepreneurs need to put out stretch goals and challenge conventional thinking. But somehow Milton and Holmes aren’t Musk and Jobs. Is it because the latter two were more successful? Or is it a question of degree? Certainly it’s a matter of intent.

So just what is a promise in business—and in politics too? Where do we draw the line between hyperbole and fraud?

Those are questions Nikola Tesla faced 100 years ago, and today, Nikola, Tesla and Donald Trump face them too.

Read the latest financial and business news from Yahoo Finance 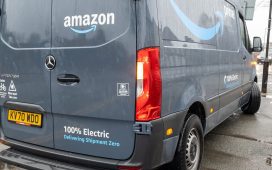 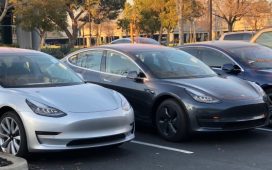 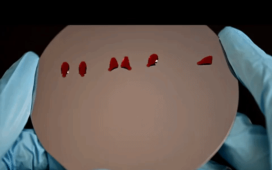 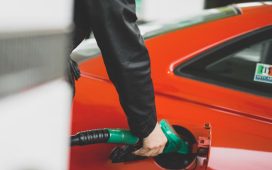