How our outlook on New Year’s resolutions has changed


Every year on 31 December, as the clock strikes midnight, many of us make a whole host of promises to ourselves for the year ahead. We tell ourselves that this is the year we get skinny, rich, spend less time on our phones and more time on our passions.

Of course, I’m talking about New Year’s resolutions. Said to date back as far as 4,000 years ago, when the Babylonians promised the gods that they would repay their debts in return for good fortune in the year ahead.

Somewhere along the way, our attitude to these resolutions became less about good fortune and more about our own arbitrary measures of personal success. A YouGov survey from 2019 found the most popular resolutions for Brits were to exercise more (47%), lose weight (44%) and improve their diet (41%).

But as we all already know; this year is different. The coronavirus pandemic pulled us all out of our respective routines and created what has widely been called a ‘new normal’, a routine of working from home, taking long walks, and getting very into artisan coffee. While none of us chose this new lifestyle, a lot of us have settled into it without much fanfare.

2020 was abysmal in more ways than it wasn’t, but it gave us the opportunity to try on a new lifestyle and see how it fits. It forced us to slow down. It held up a mirror to how we’ve been living as a planet, nation, community, and individual, and asked that we sit down a while and take a look.

As a result, it seems our outlook has changed. In conversations I’ve had with friends, family and with people online about what they’re hoping for in 2021, the shift is obvious. There’s been hardly any talk among circles of friends of resolutions, not for diets, weight loss, more money or work.

She tells Metro.co.uk: ‘The world has been turned on its axis and this existential crisis has prompted many of us to ask ourselves difficult questions about meaning and choice. So, we are contemplating what matters in a whole new way.

‘Some of this might be emotionally productive, but it’s problematic when we start from a premise of not being enough.’

Charlotte recommends seeing what we’ve all experienced as an achievement in itself, and says the year ahead will be best spent without radical self-improvement, as has been the case previously.

‘Just surviving this time period is already good enough. Let’s embrace that mindset rather than feeling that we need to dramatically self-improve and transform ourselves,’ she says,

It would make sense, then, that resolutions have taken on a new meaning. For Laura, 28, they’ve become more about new experiences, after a year where we all sat around desperately waiting for something new.

‘I’ve promised myself that I will travel alone this year, and take myself somewhere I’ve always wanted to go. It may sound self-absorbed, but after five years of placing my self-worth in the hands of men, 2021 is the year I treat myself with love and care, and allow myself the experiences I’d previously waited for’.

Some people are shunning resolutions altogether, instead moving towards acceptance of things as they are now, and generally taking the pressure off.

The level of introspection we’ve all experienced over the past year is rare – for this level of self-reflection to be taking place in all corners of the earth at the same time is even rarer.

While it would be naïve to assume that the lessons we’ve learnt will stay with us long after coronavirus leaves the stage, whether they do or don’t will be down to personal choice.

Regardless of whether you’re making resolutions or not this year, we can all breathe a sigh of relief that the year ahead will be a huge upgrade from where we’ve all just been – and there’s very little we have to do to make it so.


MORE : How to make meaningful New Year’s resolutions this year


MORE : Wellbeing experts share the resolutions that could change your life for the better

READ  Mum reveals how to make clotted cream in a slow cooker
Share on FacebookShare on TwitterShare on PinterestShare on Reddit
newscabalJanuary 2, 2021 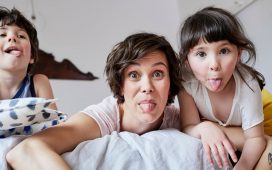 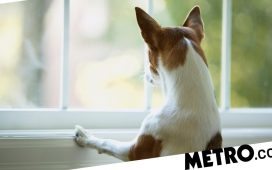 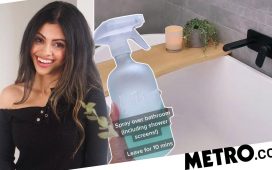 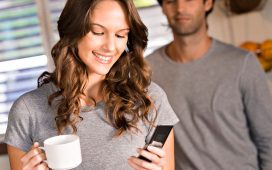