NEWSCABAL
Home » How much gluten is in gluten-free food?
lifestyle

How much gluten is in gluten-free food?

Across most of the world, for a food to be labelled gluten-free it must contain less than 20 parts per million (ppm) of gluten. What this means is that gluten-free food is not devoid of gluten. It just has tiny amounts in it, deemed ‘safe’ for people with coeliac disease to eat.

Coeliac disease is an autoimmune condition that affects roughly 1 in 100 people in the UK. When people with coeliac disease consume gluten their immune system destroys the villi in their small intestine, meaning they cannot absorb nutrients.

But how much gluten is safe for a coeliac to consume?

There is no agreed amount of gluten that people with coeliac disease can eat before harming their intestines. Some studies suggest that consuming under 10mg of gluten a day can cause symptoms, while others suggest that 80mg causes no harm.

One thing from this is clear: everybody is different and individuals need to know their own limits.

It’s a bit like alcohol. People learn the hard way about their limits, but most people eventually reach a point when they know how much they can handle.

If a food has 20ppm of gluten in it then that equates to 0.002%, or to put it another way, 20mg of gluten in every kilogram, or around 10mg in a 500g loaf of bread. In other words the more food you consume with 20ppm gluten in, then the more gluten you are consuming.

What an individual with coeliac disease has to judge is how many milligrams of gluten they can consume before having a reaction; bearing in mind that some people have no obvious external effects.

Interestingly Coeliac UK state: ‘People with coeliac disease can eat unlimited amounts of products with gluten at a level of 20 ppm or less.’

This seems counter-intuitive given that every coeliac has a different threshold to gluten.

Companies don’t have to declare exactly how much gluten is in gluten-free food – they just have to ensure it’s under 20ppm.

Being someone who produces a wholegrain gluten-free flour blend I know that when I get my flour tested I get a figure for how many parts per million gluten it contains (for those who are interested it is 5 or less).

I reached out to Genius, Nairns, Schar, Honeybuns and Celia, who all replied to my request and said that their products averaged at under 5ppm. However, other companies did not respond to my request.

If you follow a gluten-free diet and still have symptoms, it may be time to look at how much processed gluten-free food you eat. You may just be accidentally eating too much gluten without realising.

If you love a specific gluten-free product but still experience symptoms, chat to the makers to find out how much gluten it contains.

And of course, if your symptoms aren’t budging no matter how careful you are of gluten, speak to a medical professional.

Vicki Montague blogs at the Free From Fairy. She has irritable bowel syndrome and a child with coeliac disease. She aims to make life easier for others by sharing her free from recipes, tips and advice.

MORE: A look inside London’s first ever vegan patisserie 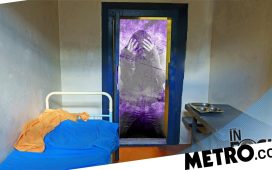 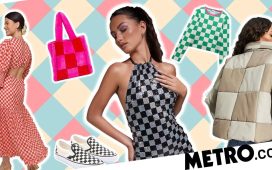