NEWSCABAL
Home » How many reindeer does Santa have and what are their names?
lifestyle


Rudolph may be the most famous reindeer of them all – but Santa Claus has many more to help him pull his sleigh at Christmas time.

The idea of Father Christmas being aided by multiple reindeer to deliver presents to children originates from the poem A Visit from St. Nicholas, which was written in 1823.

Penned by Clement Clarke Moore, the poem – more commonly known as The Night Before Christmas, because of its first line – describes the reindeer landing on the lawn outside a house ‘with a clatter’ and the ‘prancing and pawing of each little hoof’.

It is also one of the first times that Santa’s reindeer are ever named.

So, what are they all called?

How many reindeer does Santa have and what are they called?

Currently, Santa has a grand total of nine reindeer pulling his sleigh.

But in the famous Clarke Moore poem, Santa Claus has only has eight put to work.

In the verse, Santa addresses each reindeer by name, saying:

Now, before you think there’s a typo… you might’ve spotted that ‘Donder’ (sometimes ‘Dunder’) and ‘Blixen’ have had the spelling of their already-unusual names transformed.

Yes, that’s how they were previously written. But it’s believed the change to the spellings we know now dates back to 1939, when Chicago-based copywriter Robert L. May wrote the festive Christmas song Rudolph the Red-Nosed Reindeer.

This was also the very first time the ninth reindeer, Rudolph – with his shiny, glowing red nose – was introduced into the public consciousness.

Little more needs to be said… as we all know this popular festive tune today! 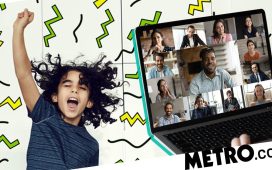 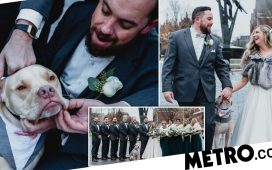 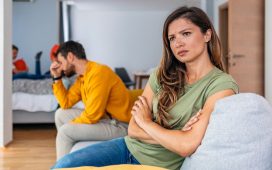 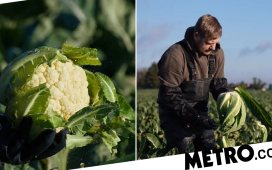