Liverpool have a total of 13 players out on loan, including Harvey Elliott at Blackburn, Sheyi Ojo at Cardiff, Takumi Minamino at Southampton and Marko Grujic at Porto – all with differing experiences so far.

The Reds are one of the biggest teams in the world and have an abundance of talent on their books.

But Jurgen Klopp cannot play them all and several have been allowed to leave on a temporary basis to bolster their developments.

Will they become stars at Anfield or fritter away their Liverpool dreams and move on? Only time can tell.

So, how are they getting on?

Ojo has made a handful of appearances of the first-team but in the summer he joined Cardiff, the sixth club he has been loaned to.

After spells at Wigan, Wolves, Reims, Fulham and Rangers, the Bluebirds appear to be getting the best out of the winger.

Another player to join Cardiff, Wilson has impressed at the likes of Derby and Bournemouth but has never truly broke the first-team at Liverpool.

A permanent transfer away beckons where the Wales international can exhibit his skills while at Cardiff he is a consistent member of the first-team.

Big things are expected of Van den Berg – not least because of his gargantuan frame – and he signed for Preston in the January transfer window.

The 19-year-old is helping the Deepdale outfit chase down a play-off place in the Championship and has made nine league appearances.

The Poland Under-21 international joined Danish side AGF for the second time in his Liverpool career last year.

A regular in the first-team, Grabara got his first taste of English football last year at Huddersfield.

After making his debut for Liverpool in the FA Cup last season, a fruitless loan to Amiens would follow.

The left-back fell out of favour in France and returned to join Plymouth Argyle until the end of the season where he is a first-team regular.

The young Czech goalkeeper has sent out on loan to St Patrick’s Athletic, who have just started their season.

He made his debut last Friday in a 1-1 draw against Shamrock Rovers.

One of the players Liverpool fans have got their eyes on, the young forward has been sensational for Blackburn this campaign, making 33 outings in the Championship.

Only Norwich star Emi Buendia has more assists despite the fact he is still just 17.

Millar signed for Charlton Athletic in January, the same club his father played for a while.

Known for his electric pace, the 21-year-old has five assists in 18 League One appearances.

After failing to break into the first-team, the Japan international was allowed to join Southampton until the end of the season in January.

And Minamino has been impressive so far and is the only opposition player to have scored against Thomas Tuchel’s Chelsea.

The Nigerian Under-23 international has been loaned out a total of seven times by Liverpool during his Anfield career.

Currently with Union Berlin, where he has five goals, Awoniyi has played for the likes of FSV Frankfurt, Mouscron and Gent.

Karius never recovered from THAT Champions League final and is currently with Awoniyi at Union Berlin.

What lies in store for the German at Anfield remains to be seen with Alisson firmly first-choice.

The Serbian midfielder is currently plying his trade for Porto, where he has been in and out of the team, though he did help them knock Juventus out of the Champions League.

Grujic has the little-known title of being Klopp’s first signing at Liverpool but has made just 16 appearances since joining in 2016.

The 21-year-old signed for Spanish outfit Salamanca in the Segunda Division B last year but has failed to make much of an impression.

Arroyo signed for Liverpool in 2018 but has had spells out at Mallorca, Gent and Czech side FK Mlada Boleslav. 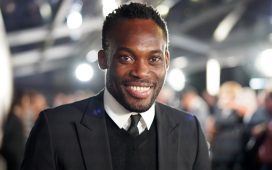 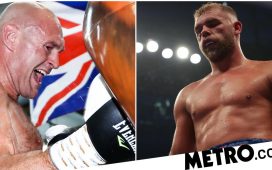 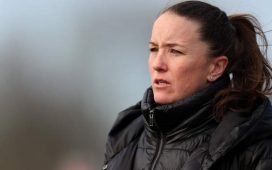