How General Bajowa, now 80, saved me from Dimka’s bullets- Obasanjo 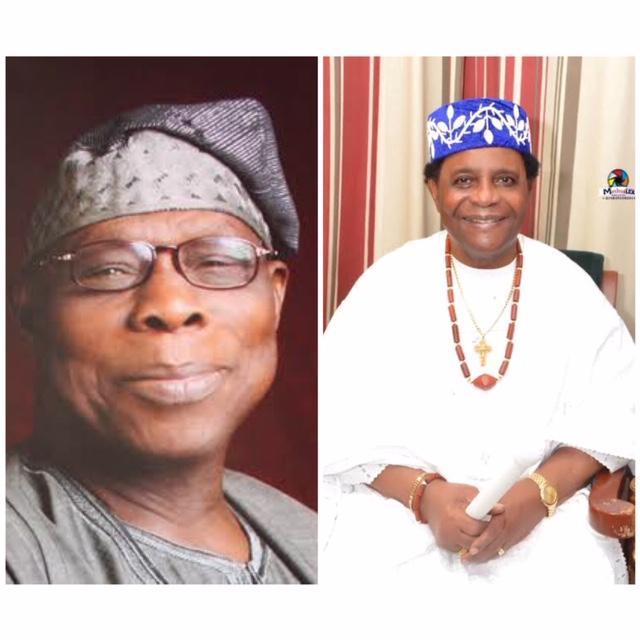 Genersl Olu Bajowa is 80 years old today, 27 December, 2020. He was born on this particular day in 1940.  At his birthday party in Igbotako in Okitipupa Local Government Area of Ondo State, former President Olusegun Obasanjo was among the guests. He narrated how, Bajowa, on 13 February 1976, saved him from the bullets of Lieutenant Colonel Buka Dimka. It was Dimka who led the military putsch through which General Murtala Mohammed, the Head of state, was assassinated.

Obasanjo narrated: “I want to say something about Olu either he knew it or he didn’t know. When Dimka coup came, if Olu had not been what and what he is, I would have gone with the coup.

“Let me tell you the story. Olu is very respectful. He is very conscious of our culture. He had a child, a boy, and wanted to name the child after me. He had to call me early in the morning, that morning that Dimka struck.

“And because Olu said he was coming, I had to wait a little bit. I waited beyond the time I would have gone out. Olu then came, he made the request and I granted the request.

“So, I was a little bit late in going on the route that I normally take to work. And Reinumuje went ahead of me and they thought it was me and they shot his car. They shot his car, Murtala was shot. Indirectly, that is how Olu Bajowa saved my life.”

He described Bajowa as a complete professional and performing soldier, who, as reported by Nigerian Tribune, performed very well when he was drafted to lead 11 Battalion during the nation’s civil war.

Also today, a new radio station was inaugurated by  Governor Oluwarotimi Akeredolu in commemoration of Bajowa’s 80th birthday. The Governor, according to Tribune, commended Bajowa for the pivotal role he had been playing towards the development of his community and the Southern Senatorial District of the state.

Bajowa responded that the aim of establishing the radio station was “to complement the effort of government in reviving and prompting Ikale, Ilaje, Ijaw-Apoi and Ijaw-Arogbo culture, tradition, custom and by extension the Yoruba heritage, which are now becoming abandoned or extinct.

“We also identify ourselves with the government effort to make information an important tool for social development and dissemination of the benefit of democracy at the grassroots level.”

He assured the state governor that the station (Awawa Radio 94.1fm) “will support the administration in the provision of necessary information on your government programmes and actions.”

The event was attended by many dignitaries from different parts of the nation including Admiral Akin Aduwo (retd); the Ooni of Ife, Oba Adeyeye Emitan Ogunwusi, Ojaja II; Osemawe of Ondo, Oba Victor Kiladejo; the Aboji of Ikaleland, George Babatunde Faduyile, and several royal fathers from Southern Senatorial District of Ondo State among others.