NEWSCABAL > finance > How does one of the world’s biggest pork firms go bust during a boom?
finance

How does one of the world’s biggest pork firms go bust during a boom?


How does one of the largest pork companies in the US go out of business at the height of a crazy global pork boom? And what does this tell us about pig farming today? The answer to that question starts where most of the world’s pigs end up, in China.

China produces and consumes almost half the world’s pork. But when African swine fever was detected in the Chinese pig herd in August 2018, it led to millions of hogs being culled in an attempt to control the spread. The drop in China’s pork production has been precipitous. Since 2018, swine populations have fallen to levels not seen since the 1990s, eliminating decades of growth.

And so the huge magnetic pull of the Chinese market has only grown. A kilogram of pork that fetches about $3.30 in the US wholesale market is worth nearly $7 in China, creating huge incentives for processors to send pork abroad.

US producers jumped on the opportunity, and in the first five months of 2020, the amount of pork exported to China from the US was up 531% on the previous year, with exports accounting for almost one-third of US pork production.

You may be wondering, at this point, about the famous meat shortages at the beginning of the pandemic; weren’t meat plants shutting down because of sick workers and pigs being culled? In fact, though US domestic hog processing declined in April, processing rates rebounded relatively quickly, rising back to well above 2019 levels by June. That was partly thanks to industry activism to gain government support. Meat processing giant Tyson chairman John Tyson published a full page ad in the Washington Post and elsewhere in April saying “there will be limited supplies of our product available in grocery stores”. A ProPublica investigation found that meat industry actors may have had a direct hand in drafting the executive order that was announced by President Donald Trump just days later, which provided cover for meat plants to remain open or reopen despite the fact that workers were still getting and spreading Covid-19.

Looking back, it’s clear that meat shortages never actually became a problem. Livestock processing fell by only about 15% even during the peak of closures, and on top of that, there were 661m pounds of pork products warehoused in the US at the start of the pandemic, representing record storage levels for multiple cuts.

Consumers may have experienced brief and small scale “selling out” at retail locations, but this was likely a factor of either an individual store’s ability to keep shelves stocked or the store’s storage capacity relative to the high volume of purchases.

So what happened to Maxwell?

So why did Maxwell Foods, one of the biggest pork processors in the US, announce earlier this year that it would be quitting the sector by the end of 2021? About the same time, the company also filed a lawsuit, asserting that its demise wasn’t due to natural causes, but the direct result of actions by another company, one that was both an important customer and competitor: Smithfield Foods.

Maxwell Foods is one of the largest pork producers in the world, making the list of the top 31 global pork mega-producers for possessing 100,000 breeding sows. The company reported producing 1.1 million pigs for slaughter in 2019. A subsidiary of Goldboro Milling Company, Maxwell has contracts with about 120 farmers in North Carolina to supply its animals. In the statement announcing the end of operations by mid-2021, the company cited “low prices” for its products as a primary driver.

But Smithfield, against which Maxwell has now filed a lawsuit, is even bigger. The company, owned by China’s WH Group, tops the list of global mega-producers with 1.23 million breeding sows, producing more than 6bn pounds lb of pork in 2019. The $16bn company is the largest hog producer in the world, and critically, Maxwell’s primary customer.

According to the lawsuit, in 1994, the two companies entered into an agreement that Smithfield would purchase all of Maxwell’s pork produced in the Carolinas and Virginia. As part of the agreement, Smithfield gave Maxwell a sort of “most favoured nation” status, agreeing to extend Maxwell the best price it was offering to any of its other partners.

Since then, the lawsuit has continued, and Smithfield’s aggressive pursuit of vertical integration has consolidated the market and left Maxwell vulnerable to Smithfield’s whims.

“Smithfield represents approximately 25% of the total pork processing market nationwide, which, in turn, has left Maxwell with no bargaining strength in its dealings with Smithfield.” Maxwell claims its revenues have been declining in particular since 2016, and that it has been selling pork at unsustainable prices to Smithfield ever since. When Maxwell requested repeatedly to renegotiate pricing, Smithfield declined, but Maxwell reports finding out later that Smithfield had been offering better prices to other partners, violating the “most favoured nation” pricing provision, and providing a basis for the lawsuit.

Scale matters, even between very big and huge

“Scale matters, even between very big and huge,” writes Lee Miller, an agricultural law expert at Duke University. “The Maxwells of the world – while enormous by historical standards – do not wield anything approaching the power of Smithfield, in either market or political spheres.” Smithfield’s foreign ownership adds to the complexity, he says, because a company that might at least have some trickle-down benefits for local communities now sends profits to foreign stockholders, leaving communities near pork production facilities and workers at slaughter plants with significantly less access to company decision-makers.

Then, in April 2020, Smithfield stopped purchasing the full amount of Maxwell hogs, according to Maxwell, instead buying only half. The company pulls no punches in its summation of these actions, writing: “Smithfield has engaged in its course of conduct … for the express purpose of harming Maxwell’s business and with the objective of driving Maxwell out of hog production altogether so as to benefit Smithfield-owned competitors of Maxwell.”

Despite fears of shortages earlier this year because of coronavirus pork sales have rebounded. Photograph: Drew Angerer/Getty

In response, Smithfield told the Guardian that it was regrettable that Maxwell was “taking legal action against us for what is fundamentally a commodity market issue of low livestock prices, from which we have also suffered. The allegations by Maxwell Foods are not true, and we will respond to the lawsuit accordingly.”

So what does Maxwell’s fate tell us about meatpacking today? Fewer companies and plants mean our national meat supply is becoming less resilient and more beholden to foreign markets and priorities. But the idea that the Maxwell’s of the world are the “small family farm” underdog is also untrue. Maxwell v Smithfield is a battle of titans, and often the people who lose most when they collide are consumers, workers, and taxpayers.

The demise of Maxwell points to the fact that consolidation in global meatpacking is reaching its end stages. Defying that trend, creating more resiliency, and protecting the people involved will require a complete re-imaging of the system. Until then, the battle of the giants rages on.

“These companies,” says Patrick Harris-Robinette, a livestock rancher in North Carolina who owns his own processing facility and markets his products directly to consumers, “are mining our resources. And once the mine is expended, they’ll move on to another country.” 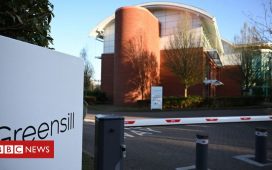 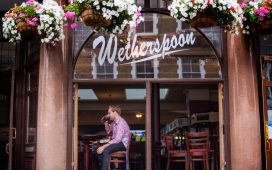 The six Wetherspoon pubs NOT reopening on May 17 revealed