NEWSCABAL > politics > How can Labour win older voters back from the Conservatives? | Owen Jones
politics

How can Labour win older voters back from the Conservatives? | Owen Jones


Read much commentary about electoral politics in Britain and you’ll quickly come across an inescapable narrative. What’s distinctive about the current moment, it goes, is that the Conservatives are the new party of the working class in England, while Labour’s electorate has been reduced to a rump of the city-dwelling, middle-class and “woke”. The crumbling of the “red wall” in the 2019 general election, and the recent Conservative triumph in the Hartlepool byelection, has elevated this myth to a near political religion.

There are figures in Labour who have uncritically swallowed this narrative, largely for factional reasons: in the party’s forever-war, portraying the left flank as bourgeois dilettantes who never left the student debating chamber is a convenient rhetorical device. It is, however, a deceit. As recent analysis underlined, in 2019, Labour won a higher share of the working-age population than the Tories; excluding retirees, it had a decisive lead with low-income workers and indeed triumphed in every income bracket except for those earning more than £100,000 a year. The Tories secured victory thanks to pensioners, who comprise a quarter of the electorate and are most likely to vote.

Some find the implications of this alternative narrative problematic: are pensioners no longer working class, then? Does a steel worker or supermarket checkout worker suddenly have their class status stripped away from them the day they start drawing their pension? The politically salient point is that pensioners often have a markedly different experience of life from other working-class people – because their economic lives are no longer defined by work. Their relationship with the labour market has been severed; questions of pay and working conditions are no longer decisive. Instead, they are now the beneficiaries of what could be called actually remaining social democracy: from the (correctly) protected triple lock in pensions to the winter fuel allowance to free bus passes. Most are homeowners – many own their house outright – and have benefited from rising house prices, thanks to quantitative easing and Tory policies such as help to buy. On social issues – take your pick, from attitudes towards immigration and multiculturalism to LGBTQ rights – they are the most conservative.

On the other hand, younger people – who inexplicably are often treated as a separate, discrete category from the working class – have suffered an unprecedented squeeze in wages, slashed public services, a woefully undermined welfare state and a collapse in homeownership in favour of insecure and expensive private renting. On key social issues, they tend to side decisively with progressive opinion. The key social – and therefore political – divide in contemporary society is between the socially progressive and economically insecure on the one hand, and the socially conservative and economically secure on the other. This split is heavily skewed by age.

While the “red wall” is often caricatured as the “left behind” and run-down north, the reality is more complicated. Take Hartlepool, where the proportion of younger people fell by around a quarter between 1981 and 2011, while the number of pensioners surged by over the same amount. Younger Hartlepudlians find themselves having to look for work elsewhere, often in major urban areas, and they take their Labour votes with them, leaving their Tory-voting, often homeowning relatives behind. Indeed, it is impossible to understand our political divide without placing housing tenure at the very centre: there are only three Tory constituencies in Britain with homeownership rates below half.

All of this poses an acute dilemma for any flavour of Labour leader. How is it possible to win over socially conservative, older, white homeowners, particularly when confronted with a shapeshifting Conservative government that has abandoned austerity in favour of spending that is strategically targeted at shoring up its new voter coalition? Keir Starmer’s leadership opted for flag-waving and photoshoots featuring pints of real ale. These screech inauthenticity and have proved no substitute for an altogether absent vision. Rather than unconvincing symbolism (particularly when combined with failures to defend the rights of minorities, only succeeding in alienating younger voters) Labour’s only plausible distinctive message has to be bold and transformative policies.

Recall, after all, how the Tories detonated their 2017 election campaign by proposing to scrap the pension triple lock, means testing the winter fuel payment and introducing a “dementia tax”. Rather than Corbynism being too ambitious, one of its main failings was that while it had eye-catching policies that excited many of the young, it failed to paint in primary colours its offer for older voters. And with the Tories splashing the cash in ways that deviate from their austerity incarnation, offering bold policies is far less risky for Labour than it was.

Just because there is an electoral divide that corresponds to age doesn’t mean Labour should engage in generational warfare – for example, by abandoning the triple lock in pensions. That wouldn’t just alienate older voters, but represent an attack on the futures of younger people who are, after all, aspiring pensioners. Britain does, though, have the lowest state pension of any developed nation – and indeed nearly 2 million pensioners live in poverty.

So, why not launch a national campaign to hike pensions, featuring billboards, keynote speeches and political broadcasts all centred on this issue? Why not focus on Boris Johnson’s broken promise – solemnly made in his first speech as prime minister – to fix social care, by committing to an ambitious National Care Service to promise dignity and security for all in old age?

The advantage of these commitments is that rather than overzealous flag-waving – which the Tories can always outflank Labour on more convincingly – they would offer a distinctive proposition the government would be unlikely to be able to match. Despite the Tories’ embrace of some narrow interventionist policies, would they really endorse a universal National Care Service or a generous hike in pensions? Of course, these promises would have to fit in a broader Clement Attlee-style vision of a new post-crisis settlement for young and old alike.

With the incumbent Labour leadership seemingly incapable of presenting such a vision, alas, the party’s tailspin will only continue. It may fall instead to Starmer’s successor – a reality that may be fast approaching. 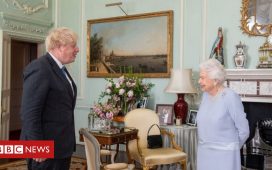 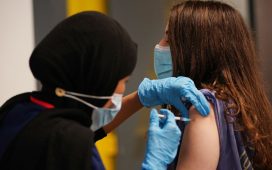 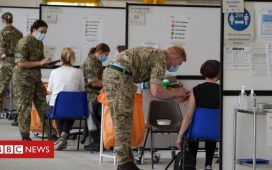 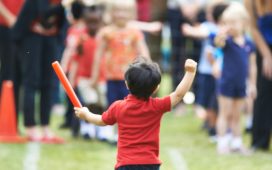