NEWSCABAL > energy > How bad are Bitcoin and Dogecoin for the environment?
energy

How bad are Bitcoin and Dogecoin for the environment?


Elon Musk has become one of the world’s richest and most successful entrepreneurs with his commitment to reinventing the electric car and to renewable energy.

For the Bitcoin industry as a whole is estimated to use the same amount of energy as a the annual amount used by a country the size of Malaysia, according to industry observers.

“We are concerned about rapidly increasing use of fossil fuels for bitcoin mining and transactions, especially coal, which has the worst emissions of any fuel,” Mr Musk tweeted on Wednesday.

“Cryptocurrency is a good idea on many levels and we believe it has a promising future, but this cannot come at great cost to the environment,” he added.

The industry is environmentally unsound because the process of mining for Bitcoin, or the complex mathematical calculations that are computed for every new Bitcoin, is highly energy-intensive.

The University of Cambridge’s Centre for Alternative Finance estimates that as of Wednesday the industry had reached 147.8 terawatt hours.

And that is a significant increase from around 121.9 terawatt hours, or as much energy as a country like Argentina uses each year, when Tesla bought $1.5bn worth of Bitcoin in February.

The Centre for Alternative Finance says that Bitcoin now represents an estimated 0.59 per cent of global electricity production, or enough to power all the kettles in Britain to boil water for 33 years.

If renewable energy, such as solar or wind power, was used to drive the energy consumption it may not have become such an issue for Mr Musk.

But the majority of Bitcoin is mined in China and is largely fuelled by cheap coal power in the Xinjiang region, according to reports.

According to the University of Cambridge researchers almost two-thirds of Bitcoin generation as of April 2020 took place in China, with one-third of that being done in Xinjiang.

It is the same region that has become notorious in recent years for the treatment of the Uighur Muslim minorities by the Chinese government.

Industries that are heavily dependent on cheap electricity are often drawn to Xinjiang, which has vast natural reserves of coal that is hard to ship around China, by its cheap power rates, according to BloombergNEF.

While experts say that all cryptocurrencies are relatively environmentally damaging, some do have less of an impact than others, according to statistics from TRG Datacenters.

The company, which is based in Houston, Texas, says that XRP is the least damaging, using 0.0079 of a Kilowatt hour (KWh) per transaction.

Dogecoin, which is a favourite of Mr Musk and which he plugged during his recent Saturday Night Live appearance, is rated at 0.12 KWH.

Litecoin, which has been described as silver to Bitcoin’s gold, is rated at 18.522 KWh, while Ethereum uses 62.56 KWh.

Bitcoin, the most successful of all the cryptocurrencies, is bottom of the list at 707 KWh. 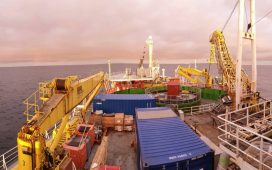 Electric cars: switching tariff could save £300-plus a year