SHE was the YouTube star who touched the hearts of millions while chronicling her battle with real life Benjamin Button disease.

And Adalia Rose Williams is leaving behind a huge impact after her family announced she passed away on Thursday aged 15.

As a popular content creator, she chronicled her battle with Hutchinson-Gilford progeria syndrome on social media becoming a voice for diversity and anyone suffering through illnesses.

Adalia Rose was diagnosed with with the progeria syndrome- a genetic condition that affects less than 500 children around the world – as a baby.

The condition, which Adalia shared to her followers, also causes rapid aging and hair loss as well as difficulty with the voice and joints.

She advocated for others to “be kind” after becoming a target of cruel trolls who sent vile messages to the YouTube star calling her “ugly” or wanting to hurt her – some even told her to kill herself.

But social media was often a place where Adalia could inspire hope to others going through their own struggles.

As well as health updates, Adalia Rose often posted inspirational messages and showed her fearless attitude moving one day to the next.

Among those to celebrate the life Adalia lived and her radiating positivity was Jennifer Lopez’s designer Michael Costello.

He designed dresses for Adalia Rose’s 13th birthday in 2019 and took to social media to share his devastation while remembering her strength.

Michael wrote: “My heart is broken. I received a message at 7pm last night, Adalia Rose Williams was called home to God.

“I am at a loss for words and cannot stop crying. Adalia has been so special to every single person that she met. She was an angel.

“Despite the cards she was dealt with, she had the most positive attitude and such big dreams of helping everyone around her.

“I love you so much Adalia… Words cannot convey how much you’ve changed my life.

“I will miss you dearly, friend, and I promise to cherish all the wonderful memories we’ve had together.”

Hutchinson-Gilford Progeria Syndrome, otherwise known as Progeria or HGPS, is a rare and fatal genetic condition.

This type does not manifest itself until the late teen years, and sufferers have a life expectancy into their 40’s and 50’s.

There are thought to be 100 known cases in the world, and according to a study from the Netherlands it affects one in four million births.

Progeria does not affect the reproductive organs, and there have been cases of women with the condition giving birth to healthy babies.

Her mum Natalia created a Facebook page for Adalia Rose in 2012 when her daughter was only five years old, where the family received messages of support and encouragement.

Speaking to NBC Bay Area News in 2012, Natalia implored parents to teach their children kindness and compassion, faced with a deluge of hateful bullying campaigns, especially from teenagers.

Natalia said: “I will turn blue with saying that – educate, educate your kids.”

Natalia and her husband, Ryan Pallante, who is Adalia’s stepfather, are now mourning after they lost their only daughter.

Adalia Rose Williams was called home to God… Adalia has been so special to every single person that she met. She was an angel

The post said: “January 12, 2022 at 7pm Adalia Rose Williams was set free from this world.

“She came into it quietly and left quietly, but her life was far from it. She touched MILLIONS of people and left the biggest imprint in everyone that knew her.

“She is no longer in pain and is now dancing away to all the music she loves. I really wish this wasn’t our reality but unfortunately it is.

“We want to say thank you to everyone that loved and supported her. Thank you to all her doctors and nurses that worked for YEARS to keep her healthy.”

Her last video was released just one month ago, titled “Meet Baby Luka” and received 303,000 views. 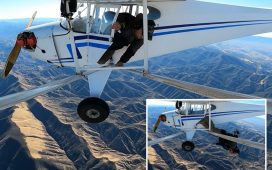 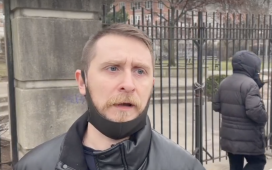 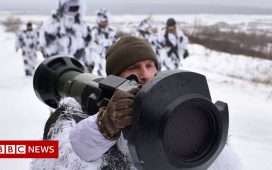