Not being allowed to express themselves normally in a restaurant triggered Elizabeth Uviebinené and Yomi Adegoke’s vital latest book, Loud Black Girls.

Two years ago Uviebinené and Adegoke invited around 20 people to a popular London restaurant to mark the successful launch of their first book, Slay In Your Lane.

A manifesto of sorts for British Black women, no other book like it had been published before and the duo wanted to celebrate with a group of successful, like-minded Black women over brunch.

‘We had moved from the private room we had booked for the meal to the main restaurant to finish our conversation over drinks,’ says Uviebinené.

‘After about half an hour we were asked to keep the noise down. But it was a Saturday, the restaurant was full of bubbly people enjoying themselves. We realised our presence was only welcome when it was contained within a separate room.’

The incident galvanised Uviebinené and Adegoke’s latest book Loud Black Girls, a collection of essays written by prominent and less known Black women that broadly responds to the notion, as Uviebinené puts it, ‘that while white girls are allowed to shriek and get excited, Black girls have to be cautious with their voices and their conversations’.

At the same time the book contains not one single idea but a multiplicity, be it Phoebe Park on mixed race and Meghan Markle or Kuchenga on being Black and trans.

‘We wanted to show the breadth of stories that make up what Black girls are in this country,’ Uviebinené says.

‘There are things we have in common and plenty of things we don’t. I grew up in south London and went to Warwick university but others went to private school. We are not a monolith, yet Black girls are often not allowed to be different from one another.

‘To give one favourite example, Charlie Brinkhurst-Cuff writes about how difficult it is to be a naturally shy Black women. Because Black girls aren’t allowed to be shy. Pop culture has them down as loud, flashy, rude and brashy.’

Loud Black girls lands in a climate rather different to that of 2018, thanks in some small part to the racial awareness within popular culture that Slay In Your Lane helped generate.

This year’s BLM protests forcefully brought civil rights and historical injustices to the forefront of public consciousness, institutions from the National Trust to borough councils are examining slavery links from country estates to urban street names, while corporate brands are falling over themselves to show how much they value diversity and tolerance in the workplace. Yet while Uviebinené applauds the progress that is being made, she is also wary.

‘Over the last couple of months there has been a real increase in people saying ‘let’s have a Black person do this, say that, lets get this Black voice on TV’. We get it,’ she says. ‘But a lot of this feels superficial. We need to widen the conversation. Being heard is amazing. But the next step is to take control.’

In other words, while a Black public face is great, what really matters is the face behind the scenes, pulling the levers of control.

‘A colour of power report that came out in 2018/19 showed, in quite scary ways, that power resides in very few hands in this country and they all tend to be white men,’ says Uviebinené, a brand strategist who writes regularly for the Financial Times.

‘If we take that at face value, we are saying that in any industry, from advertising to the FTSE 100 to the civil service, that these white men are the hardest workers and the brightest minds of this country. And that’s simply not true.’

Earlier this year Adegoke (the two women met at university) wrote an essay for Vogue in the wake of the George Floyd protests criticising the way white people use social media to broadcast their anti-racism without doing anything concrete to solve the problem.

Does Uviebinené agree that a lot of the anger surrounding racism in this country is precisely that: hollow virtue-signalling instead of meaningful action?

‘We can’t be under any illusion about how hard it is to break down centuries of inequality,’ she says.

‘It can’t be done by a tweet or by naming a public square in honour of a Black person. It’s not a public campaign fronted by a Black girl. It’s the unsexy boring stuff that no one wants to address.

‘People should be asking themselves: why are Black girls not progressing further in your company? Why do we talk about Black culture once a year during Black History Month? We can’t wait another 50 years to be invited to the table.

‘But it’s also important to maintain optimism above all things. Because we need that hope.’


MORE : Racial fetishisation: Why it’s racist to say you ‘have a thing’ for Black women 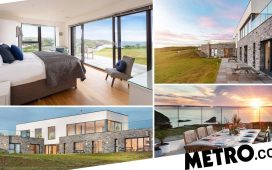 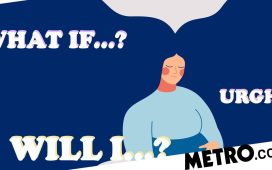 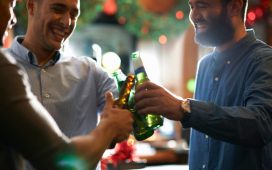