Hospital admissions for children with eating disorders have risen by almost a fifth in two years and a third among all age groups, figures show, as mental health practitioners call for improved access to treatment services.

The figures came as the Royal College of Paediatrics and Child Health warned parents and guardians to look out for signs of eating disorders in children and young people over the holiday period.

Dr Karen Street, a consultant paediatrician at the Royal Devon and Exeter hospital and officer for child mental health at the RCPCH, said: “We are extremely concerned about many children and teenagers’ wellbeing because of the pandemic.

“Many of them are just not coping. Eating disorders are often related to a need for control – something many young people feel they have lost during the pandemic. Many have described needing a focus and goals which, in the absence of anything else, has for some centred around eating and exercise.”

She added: “We know that the earlier eating disorders are spotted, the better the chance that a young person can be successfully treated. Eating disorders begin with often quite small changes such as refusing to eat foods that were previously enjoyed.

“If you’ve noticed a difference in the way your child or teenager approaches food and exercise and it concerns you, talk to them about what’s normal and what is not – often those with eating disorders will try to convince you all is OK but trust your instincts. Seek advice from your GP and from helplines and if you’re still concerned, contact local eating disorder team.”

Charities have also expressed concern at the figures, as they call on the government to invest more in prevention and training so that medical professionals can spot developing eating disorders early.

“It is worrying to see a further rise in the number of children and young people being admitted to hospital for eating disorders,” Tom Madders, the director of campaigns at the mental health charity Young Minds, said.

“While there have been improvements in waiting times for eating disorder services for children in recent years, it can still be difficult for them to get the help they need before they reach crisis point.

“With it becoming clearer that the pandemic is deepening the crisis in young people’s mental health, the government must act to ensure that early support is there for those that are struggling and make prevention and early intervention a genuine priority.”

Eating disorders – of which anorexia, bulimia and binge-eating disorder are most common – are characterised by eating too much or too little, being obsessed with weight or body shape, excessive exercise, having strict food routines and/or deliberate vomiting after eating.

Leading mental health experts have warned that eating disorders are thriving in the isolation brought on by coronavirus, with many losing access to community services and local support networks as a result of the pandemic.

Dr Agnes Ayton, chair of the eating disorders faculty at the Royal College of Psychiatrists, said: “Infection control and social distancing in inpatient units has also led to a reduced number of beds, so desperately-ill patients are struggling to get help. The government and the NHS must take immediate action to tackle this crisis.”

“Young people who are struggling with an eating disorder also stand to benefit significantly from recently announced rapid access to specialist NHS treatment across England, which will provide access to early intervention, treatment and support,” she added. 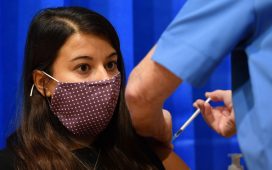 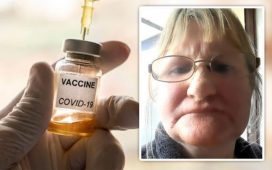 AstraZeneca side effects: Orofacial effects could include face swelling or paralysis 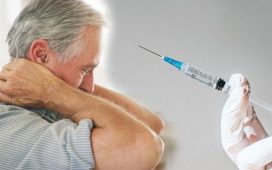 Moderna vaccine side effects: Six symptoms caused by the vaccine you need to know about