ACTRESS Anne Heche is in critical condition after being rushed to hospital with “severe burns” following a fiery car crash.

The Donnie Brasco star and Ellen Degeneres’ ex-girlfriend allegedly crashed her Mini Cooper into a home on Friday, sparking a horror blaze.

Dramatic photos of the wreckage show her mangled vehicle being towed after Anne was dragged out of the flaming car by firefighters.

The 53-year-old was seen squirming in agony on a stretcher before she was rushed to hospital after the smash at around 11am.

The explosive incident, that left Anne fighting for life, occurred on Friday morning in the Mar Vista area of Los Angeles.

She has now been intubated in a nearby intensive care unit, but is “expected to pull through”, according to TMZ.

The outlet obtained shocking video footage of her appearing to speed down a residential street in her blue BMW Mini Cooper moments before the devastating smash.

The actress can reportedly be heard ploughing into a garage of an apartment complex, while residents rushed to her aid.

But Anne instead ignored their attempts to help and put the car in reverse before zooming off again, onlookers claimed.

One witness took a snap of the star, dressed in ripped jeans and a pink tank top, behind the wheel of her damaged motor.

She then careered through a hedge and rammed into a nearby home before her wrecked Mini Cooper burst into flames.

The blaze “was significant and engulfed the house”, sending smoke billowing down the street.

A whopping 59 firefighters were left battling the “stubborn flames” for 65 minutes, according to the Los Angeles Fire Department.

Anne was dramatically rescued from the burning car by emergency services and rushed to hospital.

Law enforcement said the 53-year-old “suffered burns in the fire”, leaving her clothing and hair “charred”.

“We had a significant traffic collision, we had entrapment of a woman inside that, we had a car that erupted into fire, and then we had a home that had significant fire that is red-tagged.

“It’s at this point destroyed.”

Officials added that was “covered in a white cloth” and flailed while being taken to the ambulance.

In a video obtained by TMZ, she appeared to reach out and try to grab onto personnel while being transported.

A photo obtained by the outlet, meanwhile, showed a clear glass bottle with a red cap can be seen near the gearshift Anne’s hand is resting on.

Although it’s not clear exactly what kind of bottle it is, the outlet alleged it appears to be alcohol.

Anne’s current condition, per TMZ, has prevented doctors from seeing if she was driving under the influence of alcohol.

Her once-blue vehicle was grey with debris when pulled out of the home in photos obtained by The U.S. Sun.

The front and left side were nearly totaled and it appeared that she was removed from the car via the trunk.

A female was photographed standing in a red top by the car as it was towed – she was uninjured but in the house at the time, The U.S. Sun can confirm.

According to Fox 11, firefighters put out the flames of the house on South Walgrove Avenue within an hour and eventually they pulled the car out of the home.

At least six fire fighting vehicles surrounded the home to do so.

No other injuries were reported and “the cause of the crash is under investigation.”

The home’s structure was heavily damaged as it appeared her vehicle had nearly driven through it, arial video showed.

The U.S. Sun has reached out to Anne’s representatives for comment.

Fans flooded social media with well wishes for the actress, while her ex-boyfriend and Hollywood star Thomas Jane paid tribute.

He told the Daily Mail: “While Anne and I are no longer an item, todays tragic news was devastating to me and to all who love her.

“My heart goes out to Anne and her two sons. As of right now Anne is stable and expected to pull through.

“My thoughts and prayers are with Anne, one of the true talents of her generation. Thank God no one else was hurt.”

One supporter wrote on Twitter in the aftermath: “How horrible”.

Another added: “Terrible to happen to anyone, God speed to her and her recovery that is going to be quite a battle.”

And a third commented: “Wishing Ann Heche a speedy recovery.”

She and Ellen DeGeneres dated for three years from 1997 to 2000 and were one of the first openly gay couples in the mainstream.

They reportedly discussed getting a civil partnership with hopes it would become legal.

They split amicably and made the announcement together.

A day after the announcement, Anne appeared at a stranger’s front door, asking to use the shower and wear slippers.

The home owner let her in and shower, then called authorities.

Some of Anne’s most notable film credits include Six Days, Seven Nights, Donnie Brasco and the remake of Psycho.

When Anne went public with Ellen, she was fired from Six Days.

Harrison Ford, her co-star, fought in her corner though and reportedly said: “Frankly my dear, I don’t give a f*** who you’re f***ing, we have a movie to make. Let’s make it the best one ever.”

The island-set rom-com ended up making it to theaters with both her and Harrison front-and-center.

Her TV credits include: Blackout, Save Me, Hung, and Men in Trees.

She won a Daytime Emmy Award for her role in Another World in 1991, a drama series.

After Anne split with Ellen, she began a relationship with Coleman Laffoon, a cameraman she met while dating Ellen.

After five years of marriage, the couple filed for divorce and Anne started seeing James Tupper, her co-star in Men In Trees.

In 2009 they had a son together named Atlas.

James and Anne separated in 2018 and she since hasn’t been linked in a serious public relationship.

Anne accused James of once locking her out of their LA home along with their son, per Radar Online.

James clapped back and implied in court – all amid a custody battle over their son – that there was “extended drug use” involved on her end.

She competed on Dancing With the Stars in 2020. 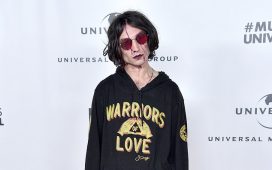 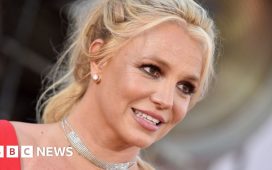 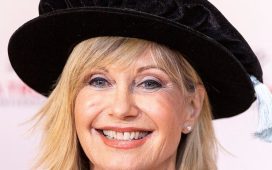 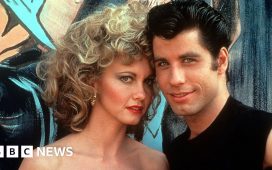 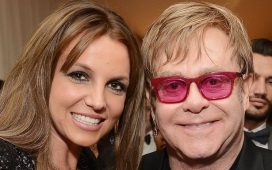 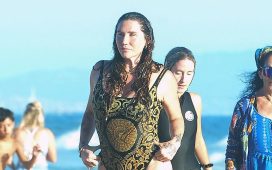