Hong Kong’s leader Carrie Lam has said the government will listen to the public with an open mind, after pro-Beijing candidates were resoundingly defeated in local elections.

According to local media counts, 17 of the 18 councils are now controlled by pro-democracy councillors.

The election saw an unprecedented voter turnout of more than 71%

The result is being seen as a stinging rebuke of Ms Lam’s leadership through many months of protest and clashes.

In a statement released online on Monday, Ms Lam said the government respected the results.

She said there were “various analyses and interpretations” but that “quite a few are of the view that the results reflect people’s dissatisfaction with the current situation and the deep-seated problems in society”.

The government would “listen humbly to citizens’ opinions and reflect on them seriously”, she said.

For nearly six months demonstrations and unrest have continued unabated – they were sparked by a now withdrawn extradition bill.

Police have at times used live rounds, wounding several protesters. Activists in turn have attacked police and in one case set alight a government supporter.

Sunday’s vote – which unfolded without incident – was the opportunity for people to express at the ballot box their view of Ms Lam’s handling of the crisis.

The government and Beijing had been hoping the election would bring a show of support from the so-called “silent majority”, but that did not materialise.

Instead some high-profile pro-Beijing candidates lost their seats.

What does it mean for Hong Kong?

Hong Kong’s district councillors have little political power and mainly deal with local issues such as bus routes and rubbish collection, so the district elections don’t normally generate such interest.

But the district councillors also get to choose 117 of their number to sit on the 1,200-member committee that selects Hong Kong’s leader, the chief executive. The landslide results mean all of those 117 seats are now likely to go to pro-democracy candidates.

But this result is also highly symbolic.

It was always unclear how much of the general population still supported the protesters as violence escalated each month, and authorities had been hoping the election result might marginalise the protesters as a small group of fringe extremists.

But in many districts, young first-time candidates, many who had explicitly aligned themselves with the protesters, unseated established politicians backing the government.

The hope from activists is that the overwhelming victory of anti-establishment parties will force the government to take protesters’ demands more seriously. 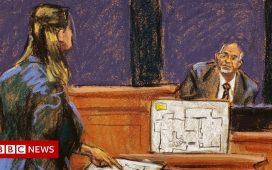 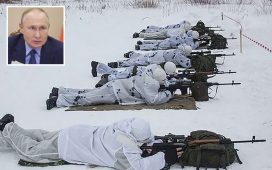 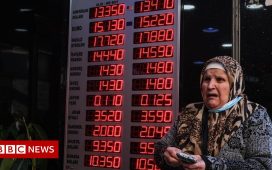