Honduras: accused mastermind of Berta Cáceres murder to go on trial next month


Five years after the Honduran Indigenous leader Berta Cáceres was shot dead by hired hitmen, the trial of the US-trained former military officer accused of masterminding the assassination has been scheduled for next month.

Cáceres, a winner of the prestigious Goldman prize for environmental defenders, was attacked in her bedroom just before midnight on 2 March 2016 after a long campaign to stop construction of an internationally financed hydroelectric dam on the Gualcarque River, which the Lenca people consider sacred. Her friend Gustavo Castro, a Mexican environmentalist, was also shot but survived by playing dead.

Seven men – including the the gunmen who carried out the attack and some middlemen – were convicted in 2018 of planning and carrying out the murder, which the court in Tegucigalpa ruled was ordered by executives of the Agua Zarca dam company Desa because of delays and financial losses linked to protests led by Cáceres.

David Roberto Castillo Mejía, Desa’s president, was arrested on the second anniversary of the murder as he was about to fly to Houston, and indicted as the “intellectual author” of the murder.

Castillo denies any wrongdoing and insists he and Cáceres were friends. The pair exchanged messages at around the same time the murder was being planned in late 2015, according to the phone evidence submitted to the court in the first trial.

Castillo, a former Honduran military intelligence officer who trained at the prestigious West Point military academy in New York, is the only person so far charged with masterminding the crime.

Lawyers representing the Cáceres family, who will prosecute Castillo alongside the state, will argue that the real masterminds – politically connected dam executives who they allege paid, ordered, benefited from and tried to cover up the murder – have so far been spared prosecution. They will also argue that the murder was a gender hate crime.

On Monday, the judges agreed to admit the experts proposed by the family’s lawyers, and to call Daniel Atala, Desa’s financial manager who ran the company day-to-day with Castillo, as a witness. Atala’s father and uncles, the Atala Zablah brothers – Desa’s majority shareholders and members of one of the country’s most powerful clans – cannot be called, the court ruled.

“Our struggle for justice was never about the hitmen. It’s always been about wanting to prosecute and jail the decision-makers – those who ordered and paid for her murder. After five years, things have not advanced substantially due to a lack of political will,” said Bertita Zúñiga, one of Cáceres’s daughters.

“Having to confront this unwillingness in the justice system has been as painful for us as losing our mother.”

Cáceres, who would have turned 50 this Thursday, was killed after suffering years of slander campaigns, sexual harassment, surveillance, false criminal charges and death threats perpetrated by people linked to the dam company. Her supporters say none of the political, judicial or security officials who enabled the persecution have been investigated.

As co-founder of and coordinator of the Civic Council of Popular and Indigenous Organizations of Honduras (Copinh), she was best known for defending indigenous territory and natural resources, but Cáceres was also a respected political analyst, women’s rights defender and anti-capitalist campaigner.

Before her death, she had repeatedly spoken out, claiming that the 2009 post-coup regime was implementing a form of social cleansing by using cold-war era counter-insurgency tactics to silence and eliminate community leaders and political opponents. She was a key figure in efforts to expose and resist the violence, corruption and impunity that have prompted hundreds of thousands of Hondurans to flee north.

Last month, a group of influential Democratic US senators introduced legislation that would sanction President Juan Orlando Hernández – a key US ally whom US federal prosecutors have described as a drug trafficker – and cut off financial aid and ammunition sales to the country’s security forces. Hernandez has not been charged with any drug-related crimes.

The second murder trial has been beset by delays. Castillo has spent three years on remand in part due to appeals lodged by his defence team challenging almost every ruling. Lawyers representing Desa have claimed Castillo is a political prisoner.

Meanwhile in the Netherlands, Copinh and the family are suing the development bank FMO for financing Agua Zarca (as part of a coalition of international investors) despite warnings from Cáceres and NGOs that the local Lenca community was allegedly not consulted, as legally required, and was, they claim, being subjected to violent repression as it opposed construction. The bank denies any wrongdoing.

The murder trial opens on 6 April in Tegucigalpa and is scheduled to last almost four weeks.

‘Depraved and ruthless’ trucker, 34, killed stranger who offered a favour then moved into her home 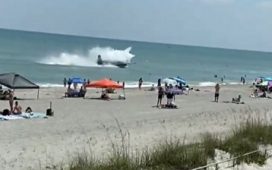 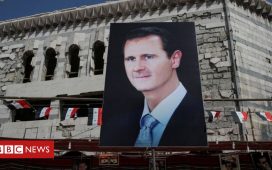 Syria to hold election in May after years of war