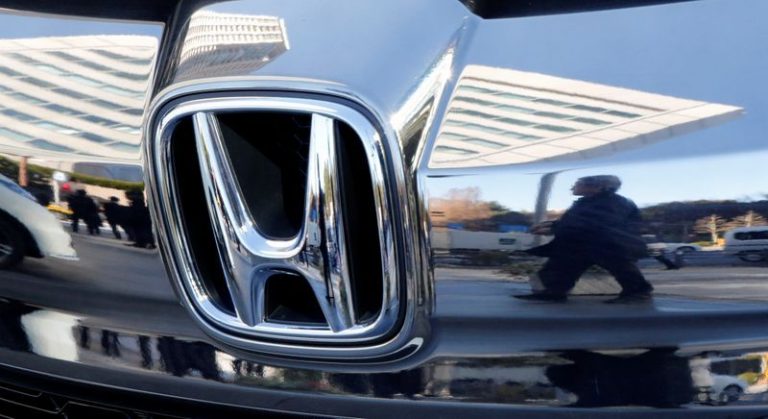 TOKYO (Reuters) – Honda Motor Co <7267.T> on Friday more than doubled its full-year operating profit forecast as it reported second-quarter earnings grew 28% amid a rebound in China after auto sales were squeezed by the impact of the coronavirus pandemic.

Japan’s third-biggest automaker said it now forecasts a full-year operating profit of 420 billion yen ($4.06 billion) up from a previous prediction of a 200 billion yen profit.

That was well above an average estimate for a 254.6 billion yen profit compiled from 19 analysts polled by Refinitiv.

For the second quarter, operating profit came in at 283 billion yen, up from 220 billion yen in the same period a year earlier.

The upgrade came after a similar move by peer Toyota Motor Corp <7203.T> earlier on Friday. Honda and peers like Toyota are focusing more on China, the world’s biggest auto market, as it leads a rebound in global demand that was hurt by the coronavirus pandemic.

For the full business year, Honda said it expects to sell 4.6 million cars. That’s up from a previous forecast of 4.5 million, but still below the 4.79 million sold the previous year.

Like other automakers, Honda is also accelerating a shift to electric cars and other zero-emission vehicles, a change in strategy that was behind its decision last month to end its participation as an engine supplier in the FIA Formula One World Championship.

Honda last month launched its first mass-produced all-battery car this month – the Honda e – and wants two-thirds of its output to be new-energy vehicles by 2030.

In the United States, meanwhile, Honda is looking to win a bigger market share with redesigned sports utility vehicles (SUVs) as it chases a shift in consumer demand for larger, all-wheel drive models.

In September Honda unveiled plans to deepen its partnership in North America with General Motors Co <GM.N> to jointly develop low-emission vehicles that would allow them to share technology and costs..