Homeland star Mandy Patinkin helped get out the vote by twerking up a storm on his TikTok account.

The actor, 67, urged his followers to head to the polls and vote Democrat just before shaking his behind in the kitchen.

The video begins with Mandy boldly walking into his kitchen, where wife Kathryn Grody was washing the dishes, and seems on the verge of breaking out into a dance when he stops to address fans with an important message on voting. 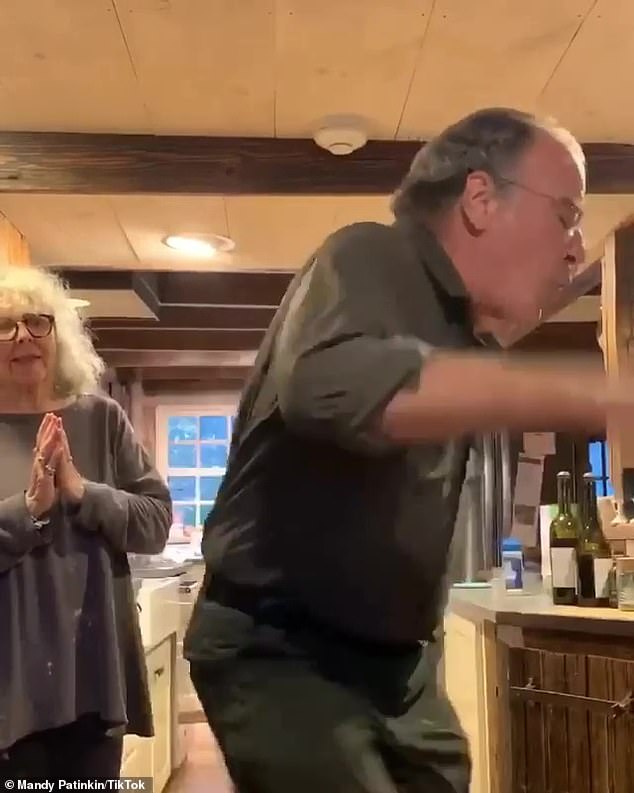 Twerking out the vote! Homeland star Mandy Patinkin helped get out the vote by twerking up a storm on his TikTok account on Friday

‘Hey I want to thank all the young people who are helping Kathryn and me to TikTok,’ Mandy rather breathlessly said. ‘Listen, if you’re too young to vote, you can still help by getting your parents, your grandparents, your uncles, your aunts, your friends, anyone who’s old enough to vote to vote.

‘If it’s your first time voting, make sure you register correctly otherwise your vote won’t count. Gotta get Biden/Harris in the White House, blue up and down the ballot. Good luck to you, it makes a world of difference!’

Throughout his speech, Kathryn nodded her head in agreement.

Then, Mandy broke out into an enthusiastic twerk. 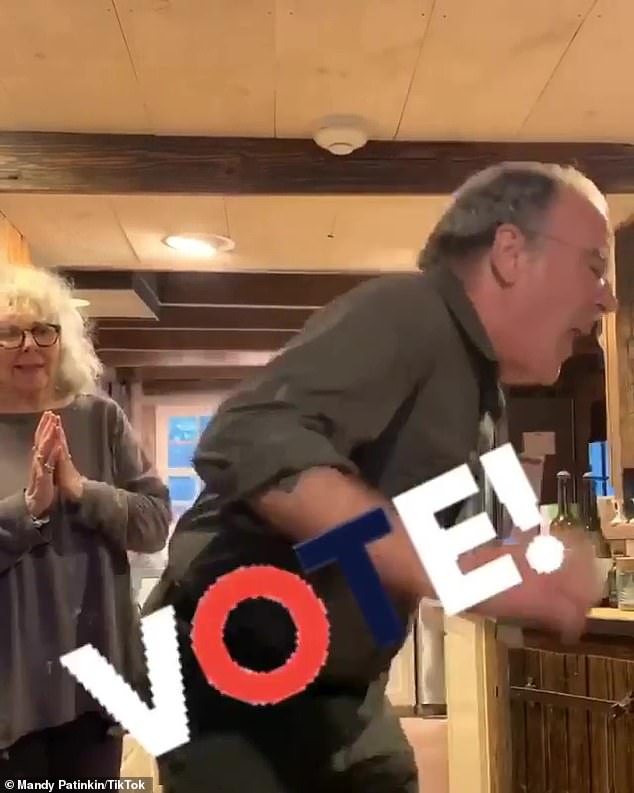 Head to the polls! Patinkin hilariously shook his behind in front of his wife 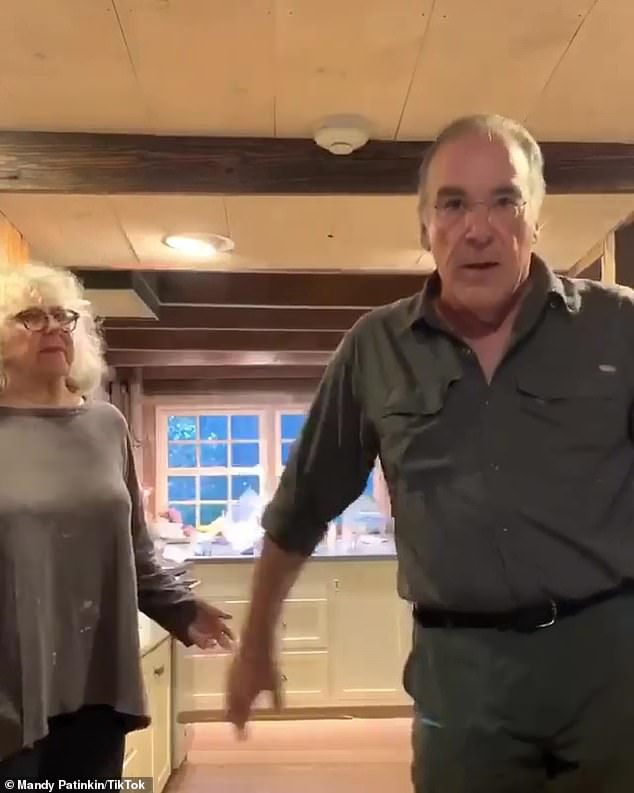 Make your voice heard! Patinkin urged his fans, ‘Gotta get Biden/Harris in the White House, blue up and down the ballot’

Mandy specifically joined TikTok in order to get out the vote for presidential candidate Joe Biden and his running mate Kamala Harris.

The actor and his wife Kathryn have been hilariously dancing for followers while urging their followers to vote for the Democratic party.

Mandy has not remained silent this election cycle, even endorsing the former Vice President in an op-ed for CNN, where he described his political awakening. 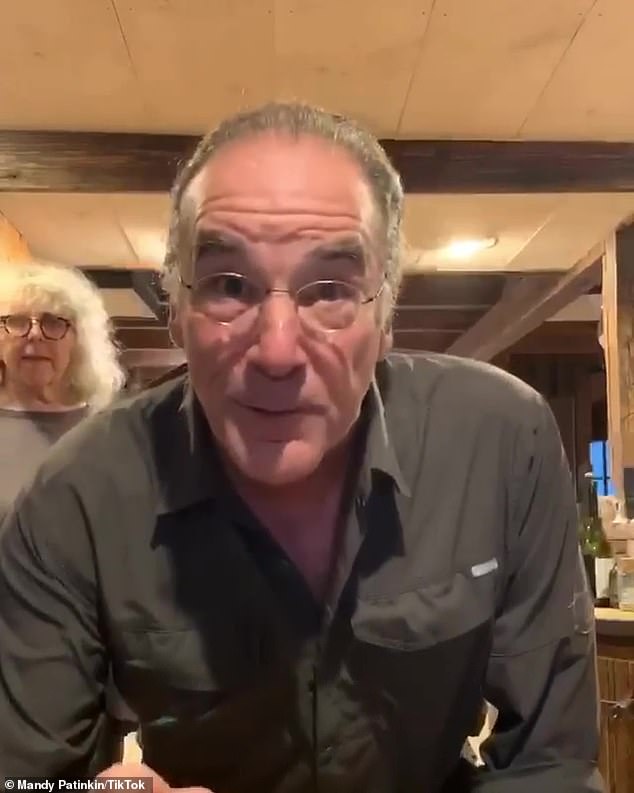 Thumb’s up! Throughout his speech, Kathryn nodded her head in agreement 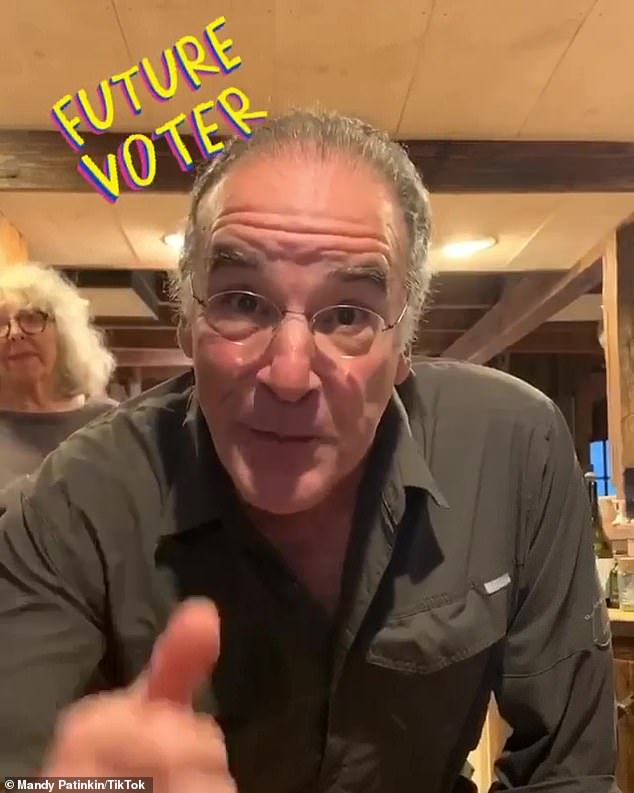 Showing his support: The Princess Bride actor specifically joined TikTok in order to get out the vote for presidential candidate Joe Biden and his running mate Kamala Harris 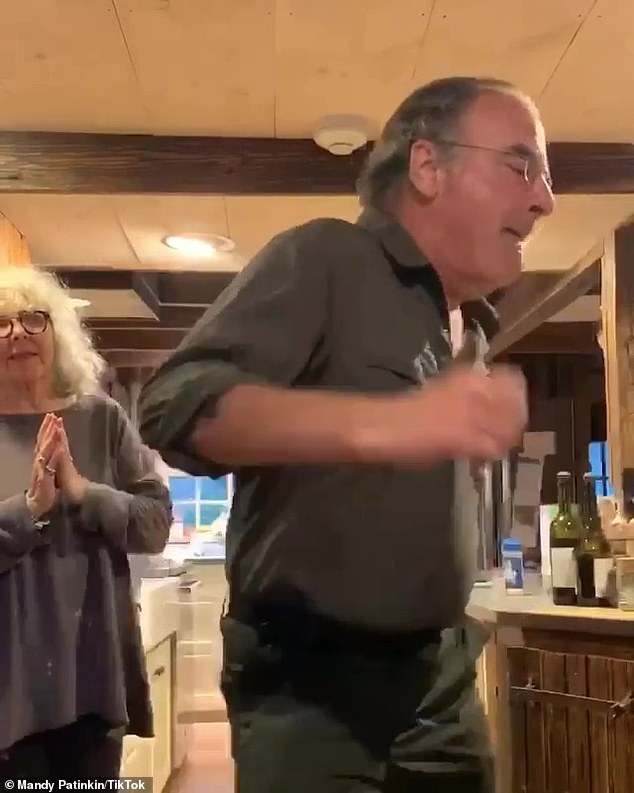 He’s got the moves! Mandy delighted fans with his enthusiastic twerking technique

After a lifetime of being apolitical, Mandy was inspired to change course after marrying his wife Kathryn.

‘Early on, when Kathryn and her friends would talk politics, I would politely listen and consider it something of an intellectual indulgence,’ he wrote. ‘Then, one day, her friend Martin Sheen turned and asked my opinion. I responded with my typical line, “Oh, I’m not really political.” Martin smiled and replied, “Do you breathe?”

‘He and Kathryn, and others like them, gently and patiently illuminated for me how every decision we make, every privilege we hold, every hardship we encounter, every service we partake in, every person we meet – literally everything we do is political.

‘This realization is what has given my life meaning.’

Mandy is perhaps best known for his roles in the hit Showtime series Homeland and the beloved cult classic, Princess Bride, where he played the beloved fencer Inigo Montoya. 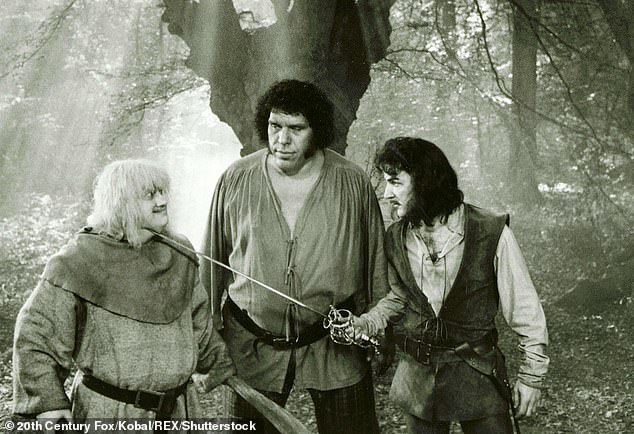 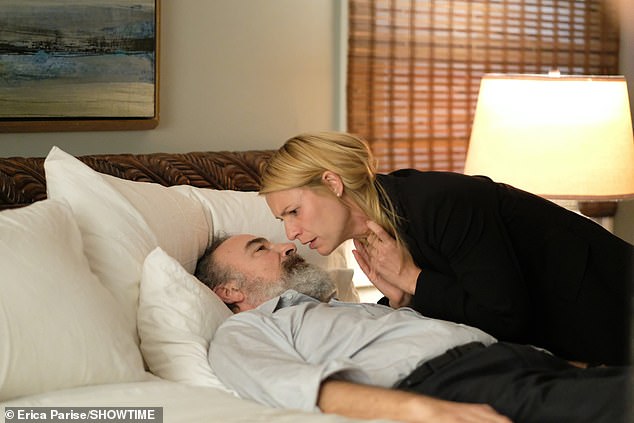 Hit thriller: More recently he starred in the series Homeland, which ended after eight seasons in April 2020