A mortgage offering fixed monthly payments for 40 years was launched this week – and it could mean that some homebuyers will be able to borrow more money than with a standard deal.

The Flexi Fixed for Term deal from Kensington Mortgages allows borrowers to fix their interest rate for the full term of the loan, which can be set anywhere between 11 and 40 years.

It is similar to one launched earlier this year by the lender Habito, which is still available and also offers a fixed rate for up to 40 years.

The loan is available up to 95% LTV for new purchases or 85% for remortgages. Rates are higher on the larger LTVs.

The launch comes amid expectations that the era of ultra-low interest rates is coming to an end and the only way is up. Many economists are predicting there will be a succession of interest rate increases, starting with one next month, which could affect millions of mortgage borrowers.

Kensington says the fact the monthly payments will not change will give borrowers “certainty and peace of mind”.

No early repayment charges apply if you are moving home, selling, or a critical illness or death occurs.

Kensington says the affordability assessment is based on the fixed interest rate, not on a higher standard variable rate that you might well go on to after a few years if you had taken out a standard shorter fixed-rate deal. “Many clients may therefore be able to borrow more as a result – a significant benefit for first-time buyers or those looking to buy a more expensive property,” it added.

David Hollingworth of the broker L&C Mortgages said that while the idea of locking your rate down at a fairly low level may be appealing, “you need to understand what you’re getting into”.

It is partly about “weighing up the stability [offered by this type of mortgage] versus the lower rates you can get on a five-year deal, for example”, he added.

Nick Mendes​, a mortgage technical manager at the broker John Charcol, says there are risks that need to be considered when you look at a longer-term fixed rate. “It is difficult to predict any future rate rises over the fixed rate period,” he said. “They could continue to increase or fall, as we have seen in the last 10 years.” A lot comes down to “what price you are willing to pay” for the security that long-term fixes offer. 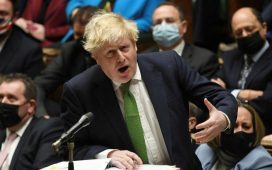 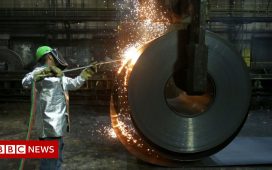