The TV presenter, 40, who shared a snap of herself holding a scented candle with the caption: ‘Happy full moon’ will reportedly use the brand to promote crystals from her clairvoyant friend who can talk to the dead.

Holly took to Instagram to mark the launch of her new brand, which is thought to rival Gwyneth Paltrow‘s Goop, and released a fragrance that comes in a £65 three-wick candle and a £40 single wick. 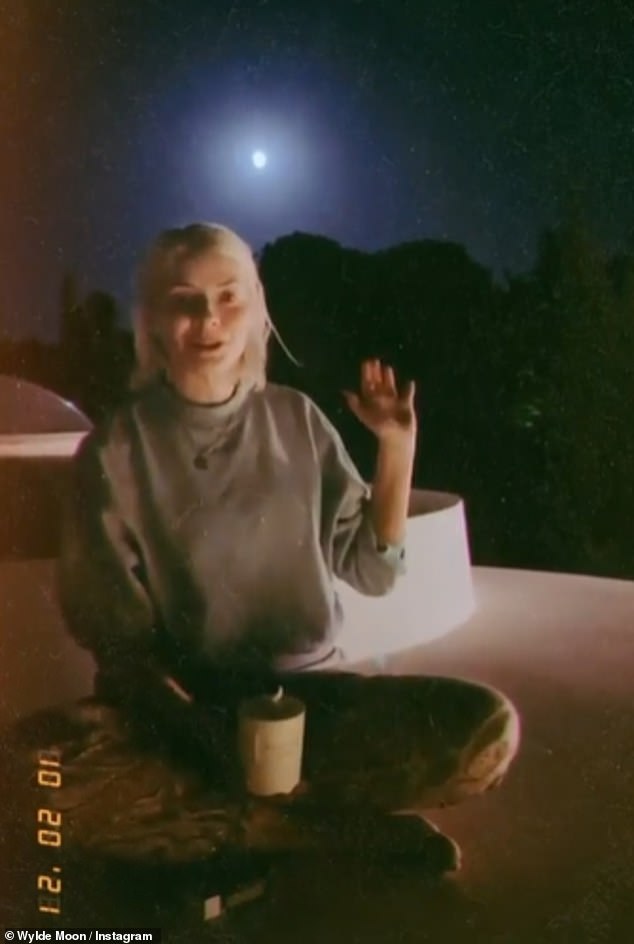 Venture: Holly Willoughby has debuted her new wellness site Wylde Moon and will reportedly use the brand to promote crystals from her clairvoyant friend who can talk to the dead

Speaking in a video, Holly told how she lights candles around the full moon and lets ‘knew feelings and energies’ into her life for the next moon cycle.

She said: ‘It was a big day at Wylde Moon today. The full moon behind me, a really powerful one tonight. I don’t know about you, I didn’t sleep very well last night, I had all sorts of weird dreams about being in a cave.

‘The candle launched today and I thought this was a lovely time to share with you what I do on a full moon.

‘I get my candle, I light it and I think about all those things that have happened in the last month that I’ve been working towards that today I feel grateful for. We’re all going through a strange time so it’s nice to think about the positives. 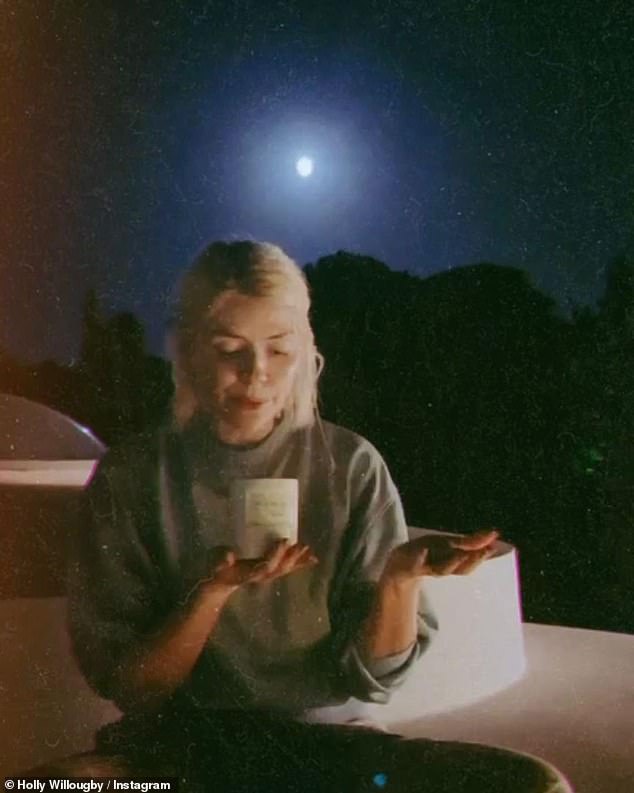 Clip: Speaking in a video, Holly told how she lights candles around the full moon and lets ‘knew feelings and energies’ into her life for the next moon cycle

‘When the time feels right, I blow the candle out and let all those thoughts and feelings go and I know with the next cycle of the moon, I can let knew feelings and energies into her life.’

Holly’s clairvoyant friend Emma Lucy Knowles, who was previously part of a ‘modern witchcraft panel’ in 2019, realised she could speak with spirits as a child.

She told the Daily Star: ‘I never grew up knowing what I could do, how I did some of the things I did, how I felt everything or felt other people’s pain.

‘For a really long time I thought it was all my own ‘stuff’, so I bundled myself in, hid ­myself away and became very suppressed and sceptical of myself and my blessings.’

‘I learnt about my grandparents’ tragic deaths through spirits and alarmed my mum with detail on what was seemingly just another ­’ordinary day’.

Emma recommends Wylde Moon users get a ‘crystal of the month’ called Carnelian and she also sells ‘healing stones’ on her own website. 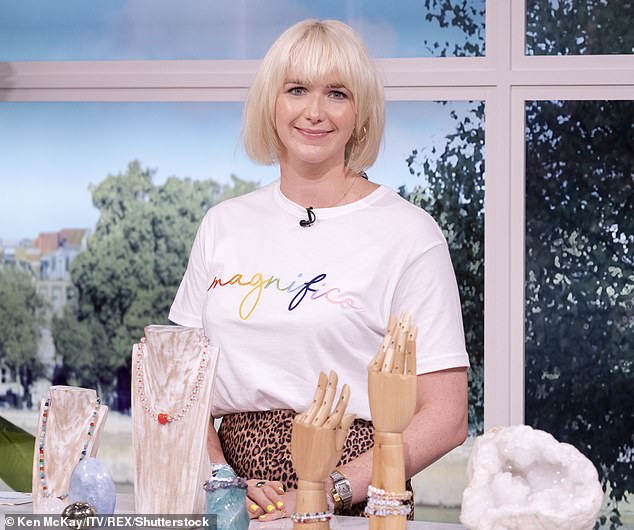 Pals: Holly’s clairvoyant friend Emma Lucy Knowles recommends Wylde Moon users get a ‘crystal of the month’ called Carnelian and she also sells ‘healing stones’ on her own website

Holly hinted her site will also sell crystals, writing ‘watch this space!’ in a section that describes the stones helping produce ‘fresh vibration’ and ‘magic’.

Holly’s first candle is described as a ‘fresh, aromatic blend crafted to energise and invigorate, with notes of tomato leaf, geranium, sandalwood, mint and rose.’

According to popular culture and brand expert Nick Ede, Holly’s surprise career move draws similarities to that of Gwyneth Paltrow, who has become quite the wellness guru in recent years thanks to her website, Goop.

Speaking to FEMAIL, he commented: ‘Like Gywneth with Goop and Kourtney [Kardashian] with Poosh and back in the day Meghan with The Tig she knows she has a captive audience who love everything about her – with her team of experts she’s showing her fans the everyday products that are available to buy and how good they can make you look and feel,’ Nick continued.

‘It’s great to see she’s not gone for overpriced items and she’s mixing and matching just as you would imagine she did in her daily life as a working mother.’ 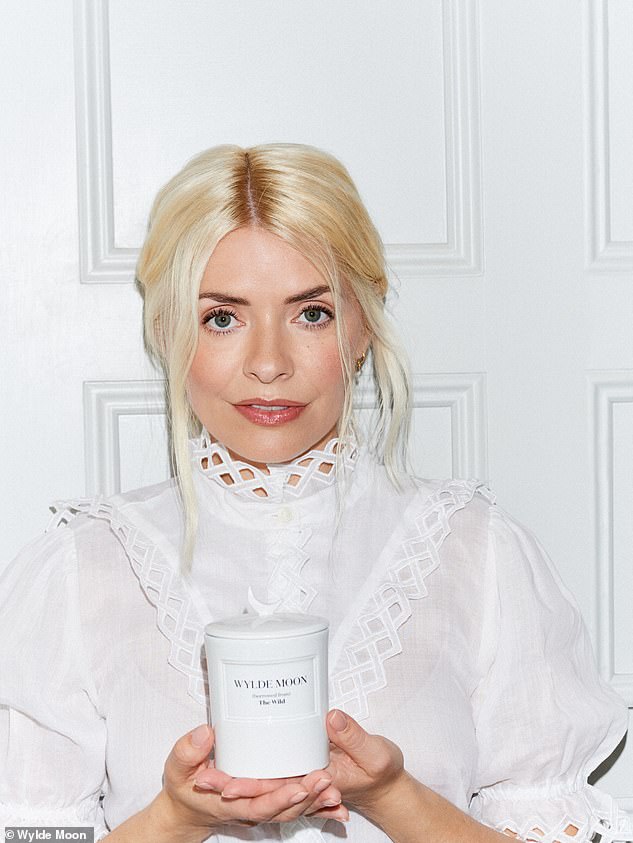 Radiant: Holly has released a £65 scented candle called The Wild as the first products from her new lifestyle brand

‘She is set to open a boutique on the site and this is where she will earn good money from affiliates, sponsorship and I am sure in time she will create a subscription model too. This is an ultra smart move from a woman who is taking control of her brand identity and its working very well.

‘I think she could make at least half a million in the first year and then millions moving forward once proof of concept is done.’

Explaining her hopes for her new website, Holly penned: ‘I want WYLDE MOON to be a place where I can share the things that I love, the lessons that I’ve learnt, the things I see and instantly want to share with others.’

‘I want it to be a place where we can celebrate other people, too, where we can shine a light on them, their brands, their experiences. It’s a celebration of all kinds of beauty.’ 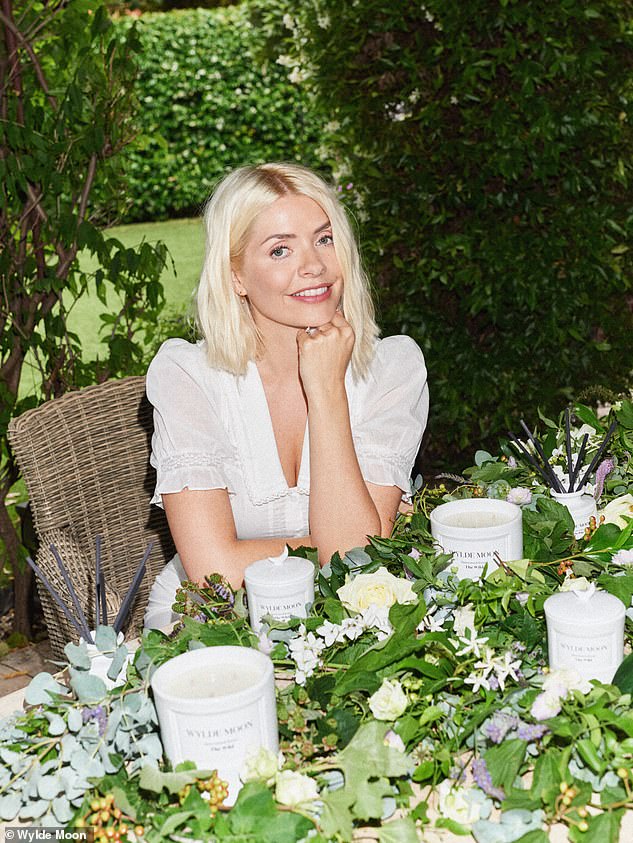 Businesswoman: The This Morning presenter has followed in the footsteps of Gwyneth Paltrow by launching her own lifestyle website to share her favourite products with fans and will sell decorative items for the home

On her new site, Holly, who admits she practises sound baths and meditation, explains how she rediscovered herself while filming I’m A Celebrity in Australia without her family when she replaced Ant McPartlin in 2018.

She penned: ‘Australia is the land of alternative therapies, and the town that I was in truly had all kinds of things for all kinds of people.

‘Through this wonderful kinesiologist called Josie, I really started to unlock pieces of myself and when I came back to England, I knew that I didn’t want to stop everything I’d learnt.

‘Now I have things in my own hypothetical toolkit, like meditation and sound baths, that really work for me.’ 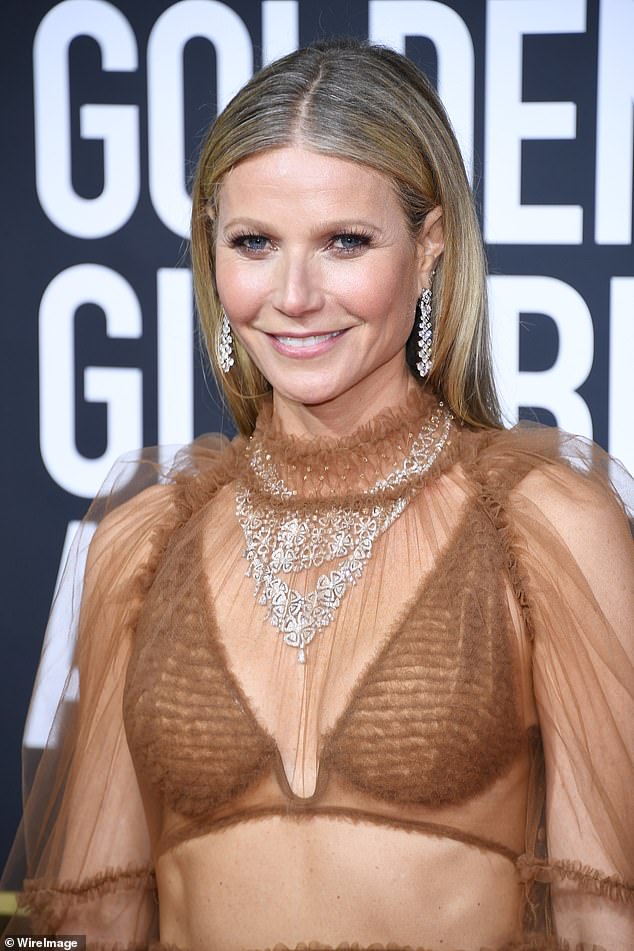 Same but different: Gwyneth sells candles on her website Goop, retailing from between £31 and £70 – The star is seen January 5 above

The presenter went on to explain that she hopes Wylde Moon will help other women discover their ‘true sense’ of self – just like she did.

She penned: ‘The most important pillars of WYLDE MOON are about having a true sense of self, igniting your intuition, knowing your self worth, nourishing your body and soul through music, food, laughter, sex, passion, beautiful things or all of the above.

‘I think it’s important that we pick those beautiful things carefully, whether they’re for your home or your body. And that’s not something we should feel guilty about either, because we all love different things. Some of them are meaningful and some of them are utterly frivolous, but they all have their place.’

Brand expert Nick went on to say how creating her own lifestyle brand is an ‘incredibly smart move’ for Holly. 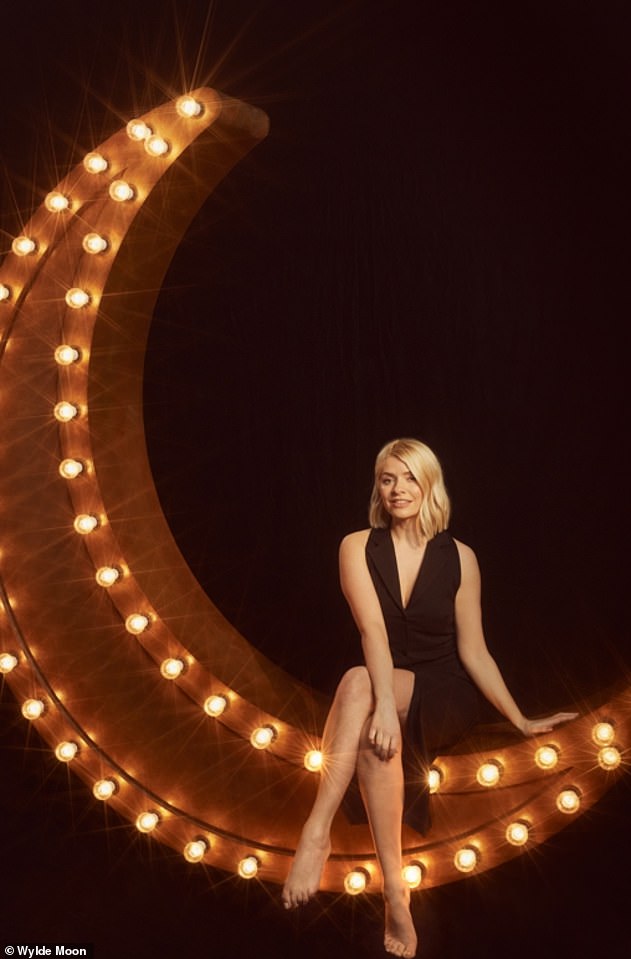 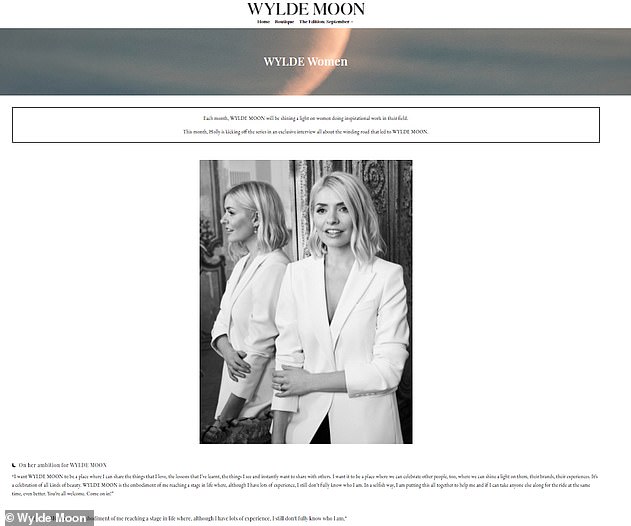 Success: According to popular culture and brand expert Nick Ede, Holly’s surprise career move draws similarities to that of Gwyneth Paltrow, who has become a wellness guru in recent years thanks to her website, Goop

‘She is such a influential talent and I can see this brand extension being a very informative, lucrative and successful spin off for Holly,’ he added. ‘The reason it will work is that she has proved time and time again to sell out products, she has a magic touch when it comes to style, lifestyle and beauty.’

It’s the latest career move for Holly, who already has several other jobs – from being an ambassador of Garnier and Marks and Spencer, to a novelist who is set to release her first tell-all book in October costing £20 a copy.

As well as her fortune from TV presenting – the mainstay of which is a reported £600,000 a year to present ITV’s flagship daytime show This Morning – the mother-of-three also rakes it in from numerous sponsorship deals with the likes of Garnier and Marks and Spencer.

Holly has recently been announced as the new co-presenter of BBC1’s Wim Hof’s Superstar Survival, alongside comedian Lee Mack. And let’s not forget her company Roxy Media recording, which is thought to be worth a cool £10million.

New website: The presenter went on to explain that she hopes Wylde Moon will help other women discover their ‘true sense’ of self – just like she did 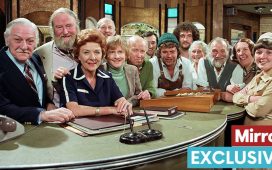 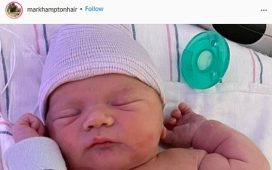 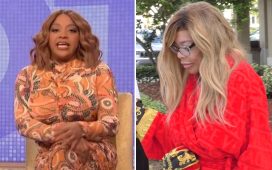 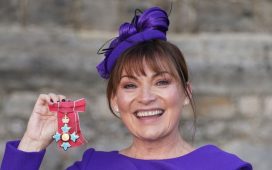