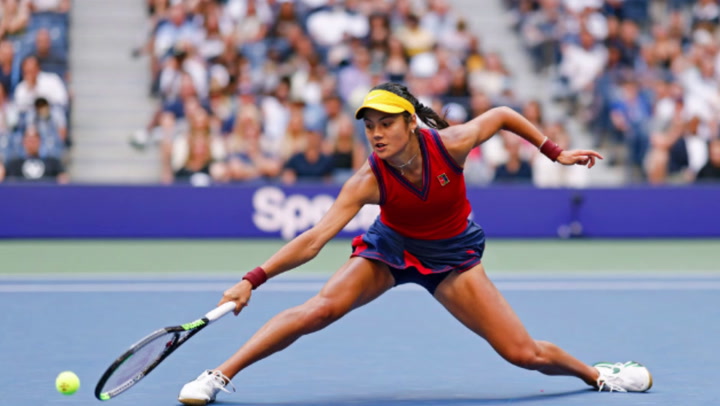 The 18-year-old sports star became the first British female tennis player to win the US Open in more than 40 years this weekend.

Emma didn’t lose a set during her spectacular final against Canada’s Leylah Fernandez and was crowned champion.

Following her impressive achievement at such a young age, a number of celebrities have taken to their social media accounts to shower praise on the Bromely-based tennis star.

This Morning host Holly joined the likes of Piers Morgan and footballer Marcus Rashford in congratulating Emma on Sunday morning.

Taking to her Instagram account, the 40-year-old presenter shared a snap of the victorious tennis champ with her newly acquired trophy to her 7.3 million followers.

“She did it!… Huge congratulations to @emmaraducanu Champ!” the mum-of-three captioned the shot of the Grand Slam winner.

Many of Holly’s followers joined the Dancing on Ice presenter in congratulating Emma for her recent success.

The 46-year-old singer left two appreciative emojis beneath the snap as her way of showing her support for the teenage tennis sensation.

“What an inspiration to all young women. Congratulations beautiful girl.”

Emma’s inspirational win on Saturday night comes just weeks after the record-breaking teenager dropped out of the Wimbledon championships.

The tennis champ withdrew from the English tournament during the fourth round back in July, citing suffering from panic attacks as her reason for an early exit.

Piers Morgan took issue with the young star’s desire to put her mental health first, criticising the future champ for her Wimbledon withdrawal online at the time.

However, the former Good Morning Britain presenter swallowed his pride on Saturday night and became one of the first big names to congratulate the sports star on her success.

“@EmmaRaducanu⁩ wins the US Open. This is one of the greatest achievements in British sporting history,” the TV star began a series of tweets.

The actress took to her Instagram Stories to congratulate the teenage champion after supporting the tennis sensation on her journey to the final all week.

Emma’s victory on the court has also inspired members of the Royal Family to praise the star on her impressive win on American soil.

Kate Middleton, the Duchess of Cambridge took to her shared Instagram account with Prince William to personal send a message of congratulations to the tennis champ.

The 39-year-old wrote that “we are all so proud of you” as she send her regards to the new title-holder.

The Queen also sent well-wishes to the newly-crowned champ.

The head of state issued a statement shortly after Emma’s victory was confirmed, where she praised the youngster on her “outstanding performance.”

“I send my congratulations to you on your success in winning the United States Open Tennis Championships,” the message began.

“It is a remarkable achievement at such a young age, and is testament to your hard work and dedication.”

The statement concluded: “I have no doubt your outstanding performance, and that of your opponent Leylah Fernandez, will inspire the next generation of tennis players. I send my warmest good wishes to you and your many supporters.”

See also  Millionaire Susan Boyle reveals her best clothing bargain for only £5
Share on FacebookShare on TwitterShare on PinterestShare on Reddit
newscabalSeptember 12, 2021 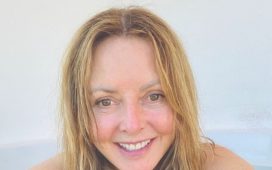 Carol Vorderman, 60, shows off her ample assets in a busty nude bikini for a steamy hot tub selfie 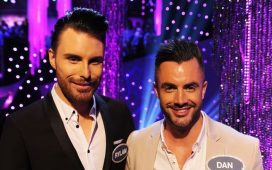 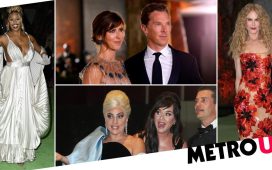 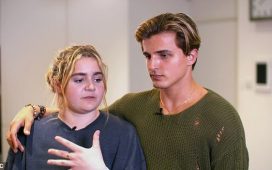