NEWSCABAL
Home » Holidays: When can you travel to the US?
lifestyle

Holidays: When can you travel to the US?


The US has announced that travellers from the UK and the EU will be able to travel to the States from November, meaning that all of us desperate to go on holiday will finally be able to visit New York, Miami, L.A, and many more places.

Travellers from the UK have been banned from entering the U.S since March 2020, with restrictions introduced by then-President Donald Trump and kept in place when President Biden was inaugurated in January.

Until November, only US citizens and their immediate families, green card holders, and those with exemptions to enter the U.S can travel there if they have been in the UK or the EU in the last two weeks.

But, only fully-vaccinated people from the UK and the EU will now be allowed to enter the US.

Over the past 18 months, Covid-19 has meant that travel has been heavily restricted, even as local or national lockdowns have been lifted. Travel is slowly but surely getting back to normal, but proof of vaccination, negative tests, and passenger locator forms have been required for entry to certain countries.

The U.S has not budged on its travel restrictions whatsoever since the pandemic began, with many in the UK disappointed that they cannot visit the country or see friends, family, and loved ones who live in the U.S.

Covid-19 has meant that we have been separated from those who live abroad but this is hopefully the next step in combatting this pandemic and allowing us to have what we previously missed out on.

All foreign visitors to the US will need to demonstrate proof of vaccination and a negative test taken no more than 72 hours before departure. They will not be required to quarantine on arrival.

“It’s a fantastic boost for business and trade, and great that family and friends on both sides of the pond can be reunited once again,” Johnson said.

Fully-vaccinated people who return to the UK from the US will not have to quarantine after Johnson announced the removal of the traffic light system later this month, meaning the U.S will be placed on the ‘green list’.

The Prime Minister’s spokesperson said: ‘I have got no indications that it won’t be [accepted]. I am confident that every vaccine we have used, any vaccine received in the UK and approved by the NHS, obviously signed off by the UK’s Medicines and Healthcare products Regulatory Agency (MHRA), WHO will be applicable.”

The lifting of travel restrictions will be welcome news to UK and EU residents who wish to visit the US.


MORE : US to reopen air travel to vaccinated foreign visitors


MORE : What are the new rules for travel as traffic light system is scrapped?


MORE : What travel rules are changing in October? 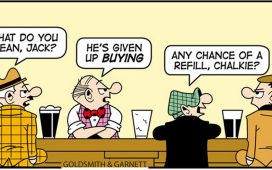 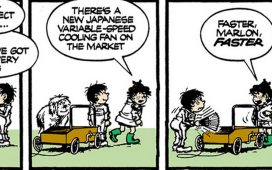 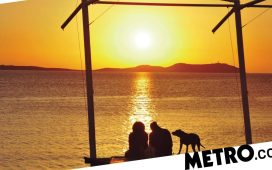