Brit tourists who have had two doses of a Covid jab could be exempted from quarantine from August under government plans, it has been reported.

Ministers are expected to give an update on the current travel restrictions and the traffic light system in the coming days.

It could see travel opened up to more destinations if more countries are moved from the amber list – where most destinations currently are – on to the green list.

In another boost for holidaymakers reports say that ministers could be set to unveil new plans to exempt travellers from the 10-day quarantine requirement for amber destinations if they are fully vaccinated.

The Times reports that government sources had downplayed hopes of a mass re-opening of international travel and said ‘a handful’ of countries were in the running to be added to the green list.

A Whitehall insider was reported to have said: “The science says we could add lots of countries to the green list but some ministers are taking a different view.”

The publication claims that as well as announcing the review of the green list ministers are poised to confirm plans for double-jabbed Brits to skip quarantine.

A senior government source reportedly said July was likely to be too early to implement the plans but by August enough people will have received both jabs to allow the government to go ahead.

Meanwhile, during a visit to a laboratory in Hertfordshire, Boris Johnson played down the idea of lifting travel restrictions for people with two jabs.

He said: “I want to stress that this is going to be – whatever happens – a difficult year for travel.

“There will be hassle, there will be delays, I am afraid, because the priority has got to be to keep the country safe and stop the virus coming back in.”

Asked if the government was looking at easing the rules for those who have been double-vaccinated, Johnson said: “We’re looking at it but I want to stress that the emphasis is going to be on making sure that we can protect the country from the virus coming back in.”

Earlier, Health Secretary Matt Hancock said the government is piloting the approach of scrapping 10-day isolation periods for people who have had two doses of vaccine and replacing it with daily tests.

He said the pilot was going forward to “to check that that will be effective, but it is something that we’re working on”.

He told BBC Breakfast: “We’re not ready to be able to take that step yet, but it’s something that I want to see and we will introduce, subject to clinical advice, as soon as it’s reasonable to do so.” 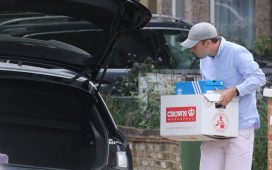 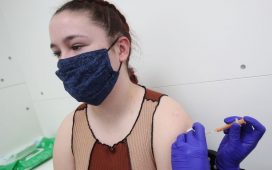 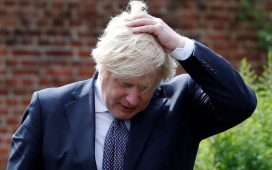