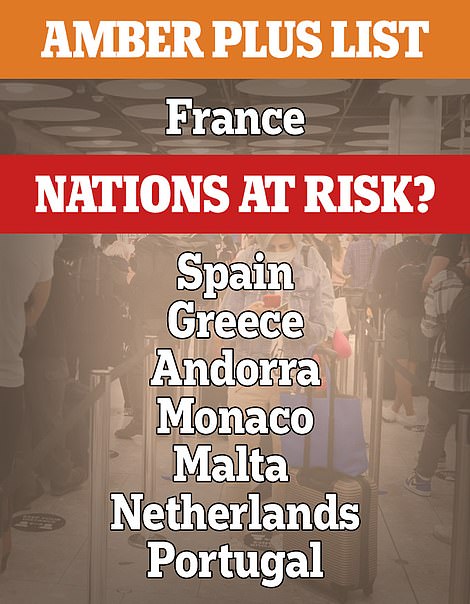 Holidaymakers could face fresh chaos amid claims Spain is on the verge of being placed on the ‘amber plus’ list for quarantine.

The move – which could leave hundreds of thousands of Britons having to self-isolate unexpectedly on return – is believed to be on the cards amid growing concern about cases of the South African variant.

However, Whitehall sources are increasingly confident that France will be downgraded to ‘amber’ next week, and there are hopes that Germany and Austria could go green.

The speculation comes as the ‘Covid O’ group of ministers are meeting today to sign off exempting double-jabbed European and US travellers from quarantine rules in England.

Despite Labour branding it ‘reckless’, the easing looks almost certain to go ahead after Boris Johnson voiced concerns the EU was further ahead in welcoming international travellers than the UK and risk ‘squandering its vaccine bonus’.

There is also a new wave of optimism after coronavirus cases tumbled for a seventh day running – with ministers privately claiming the crisis is now ‘all over bar the shouting’.

Boris Johnson said this morning that dropping self-isolation rules for people who are ‘pinged’ is ‘nailed on’ for August 16. But he is defying furious Tory demands for the date to be brought forward, amid warnings from businesses of food shortages caused by so many staff being off.

As the country waits anxiously for the next phase of the pandemic: 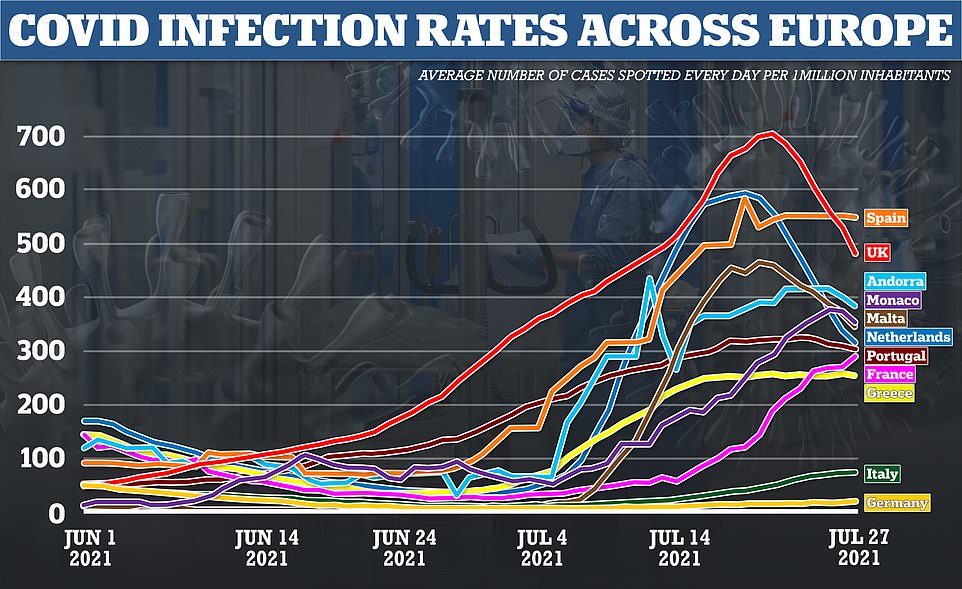 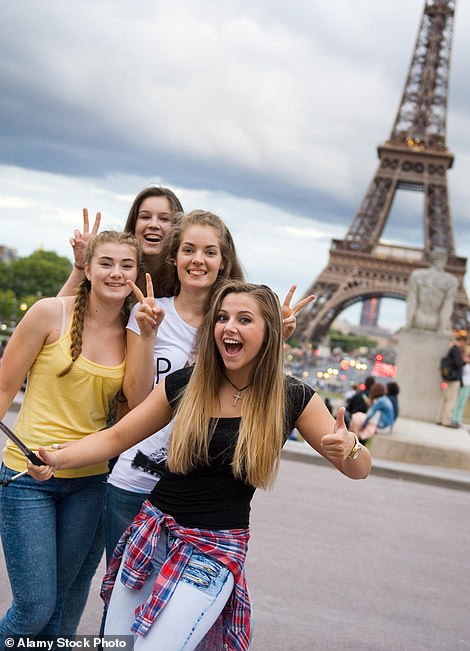 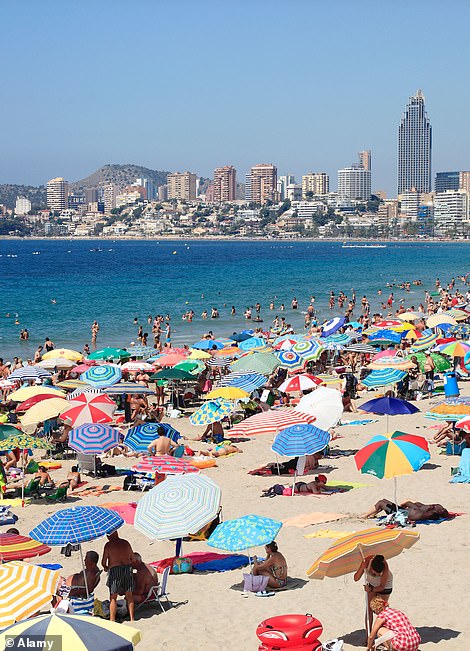 Reprieve? Travel to France (left) might soon be easier… but holidaymakers in Spain may have to quarantine even if double-jabbed 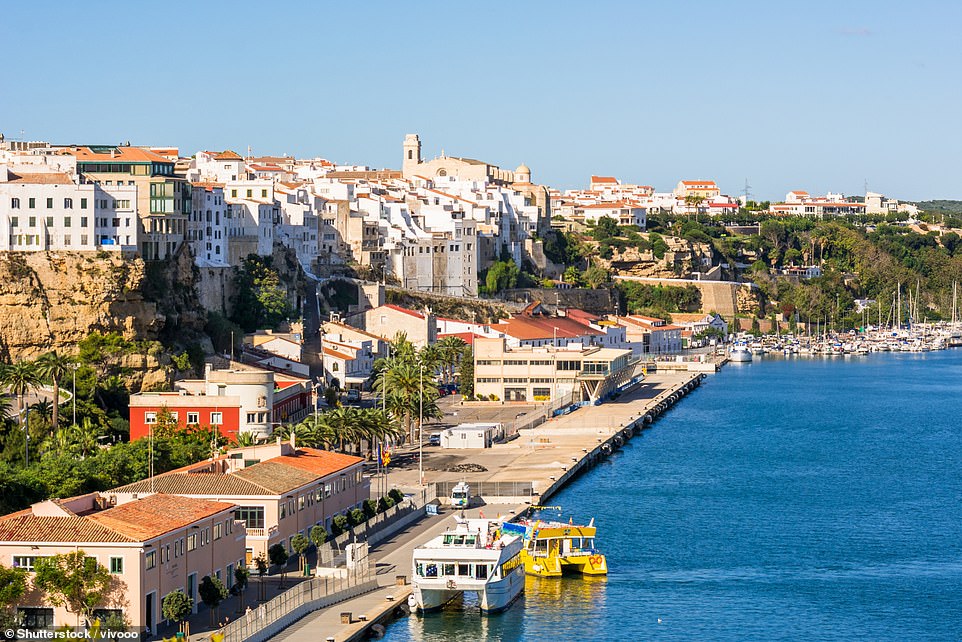 Whitehall sources are increasingly confident that France will be removed from the ‘amber plus’ list, which requires people to self-isolate for ten days on return even if fully vaccinated. Pictured, Mahon, the capital city of Menorca in Spain 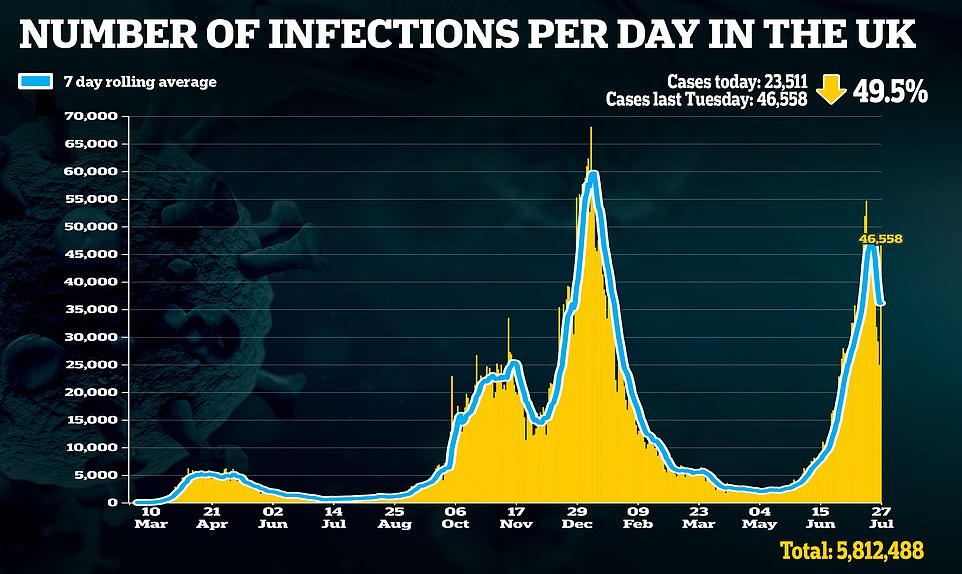 What are the rules on returning to England from an amber list country?

Since July 19, people who have received both vaccine doses in the UK at least 14 days prior to travelling have not been required to self-isolate when returning from ‘amber list’ destinations.

They are also not obliged to take a Covid test on day eight after getting back.

However, that get-out does not apply to ‘amber plus’ France at the moment amid concerns about the prevalence of the Beta – or South African – strain.

Non-vaccinated people returning from ‘amber list’ countries must take a private PCR or lateral flow test in the three days before departing for England.

Before arriving back you must also book and pay for day two and day eight Covid-19 tests.

You can choose to pay for a private Covid-19 test on day five, and if it is negative that ends self-isolation.

The UK economy is estimated to be losing as much as £639million every day because of the current limits in place on incoming tourists.

After the fully-vaccinated EU and US travellers, other countries could be added to the quarantine-free travel list at a later date.

Since July 19, double jabbed Britons have been able to travel to and from amber list countries without quarantining upon their return, but the same right was not extended to those who received jabs abroad.

The plans would initially only apply to England but other UK nations could follow suit.

Under the proposals, airlines will be expected to approve passengers’ vaccine status before check-in for England-bound flights, to prevent huge queues at passport control.

A trial was carried out by Heathrow, BA and Virgin which found they could overcome 99 per cent of the difficulties in verifying the vaccination status of travellers from the US.

Different states have different paper and digital certificates, but airports and airlines are hoping for the new rules to be smoothly adopted.

Ministers will also approve plans to allow all double vaccinated expats to travel to the UK from amber list countries without the need to quarantine.

Only Britons vaccinated by the NHS are currently exempt from quarantine.

Travellers who transit through certain red country hubs such as Dubai, Doha, Istanbul, Bahrain and Abu Dhabi could also avoid hotel quarantine if they remain airside during their connections, according to The Telegraph.

‘This is reckless. We know that the Delta variant came into this country and delayed the lifting of some of the restrictions and caused infections here,’ she told Sky News.

‘We need to make sure that we have got data driven analysis and we look at an international passport for vaccines.

‘We also know that people who have had the vaccine of course can still get the virus, so a testing regime is very important and crucial as well.’

Families who lose their holidays because one or more member is ‘pinged’ face losing their cash as well.

Many travel insurance policies will not cover people who have to cancel after a notification to self-isolate from the NHS Test & Trace app.

Nine in 10 policies do pay out if the policyholder tests positive for Covid. But this falls to six in 10 when a trip is cancelled due to a ping, said analysts Defaqto. Amid fears of a hit to bookings, package holiday firm TUI is allowing people pinged to change their dates for free.

Anna-Marie Duthie, from Defaqto, said some insurers would be sympathetic, but added: ‘Policyholders should read their policies carefully to be sure they fully understand what cover they have, and if in doubt contact their insurers before changing any travel plans.’

Pressure to change Spain’s designation follows concern about the Beta variant, which emerged in South Africa and is thought to be more resistant to the AstraZeneca vaccine given to millions in the UK.

A Whitehall source said: ‘The situation in Spain is beginning to feel a lot like the build-up to the decision on France.

‘The Department of Health are getting very jumpy about the number of Beta cases in parts of the country.

‘We’re not talking about the main tourist hotspots, but that might not make any difference – it didn’t with France.’

The shock move to place France in its own category earlier this month wrecked thousands of families’ holidays as well as the plans of many expats hoping to see loved ones for the first time since the start of the pandemic.

Cases of the Delta variant have fallen sharply in France in recent weeks and ministers are confident it will be restored to the same status as other amber list countries, meaning fully vaccinated travellers will no longer have to quarantine when they return.

One source said: ‘France is going to happen. It should never have been left out in the first place – the Department of Health just panicked. But there could be no justification for keeping restrictions in place now.’

Any move to put Spain on the ‘amber plus’ list is likely to provoke a fierce row within Government. Although there is concern about the Beta variant, many experts believe it is being ‘crowded out’ by the more virulent Delta variant now spreading rapidly across Spain. 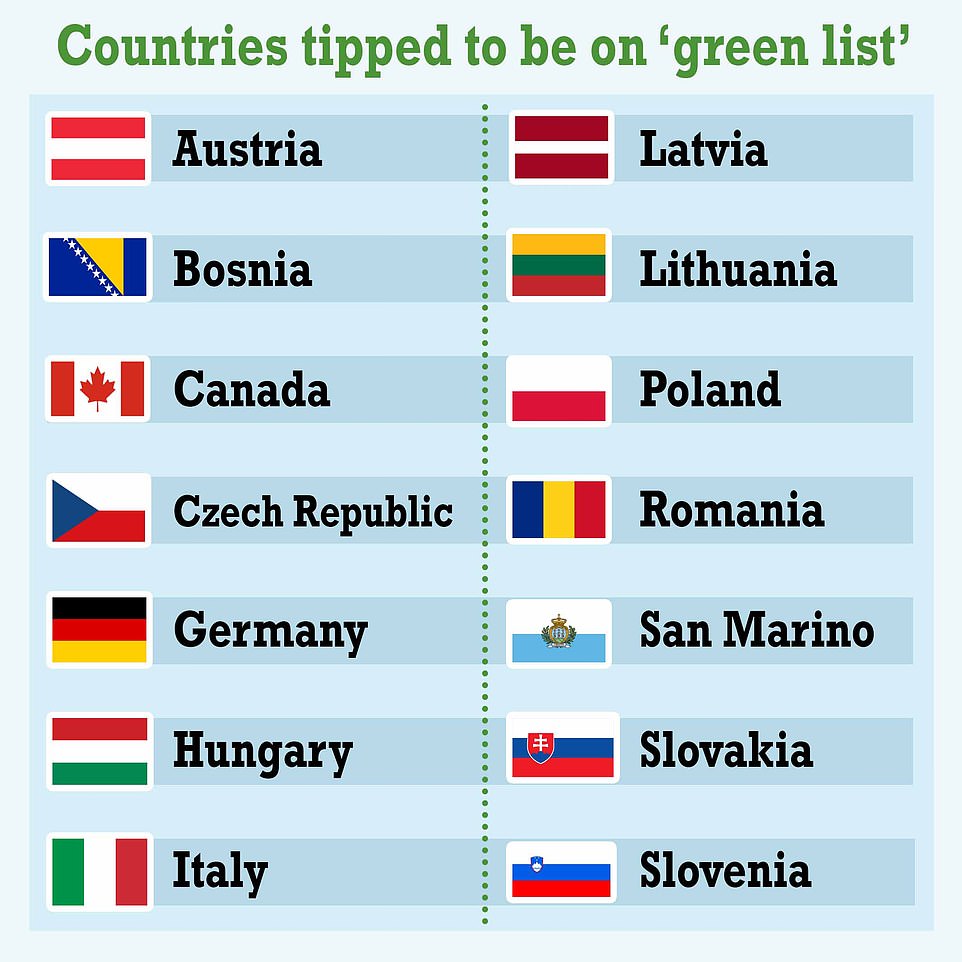 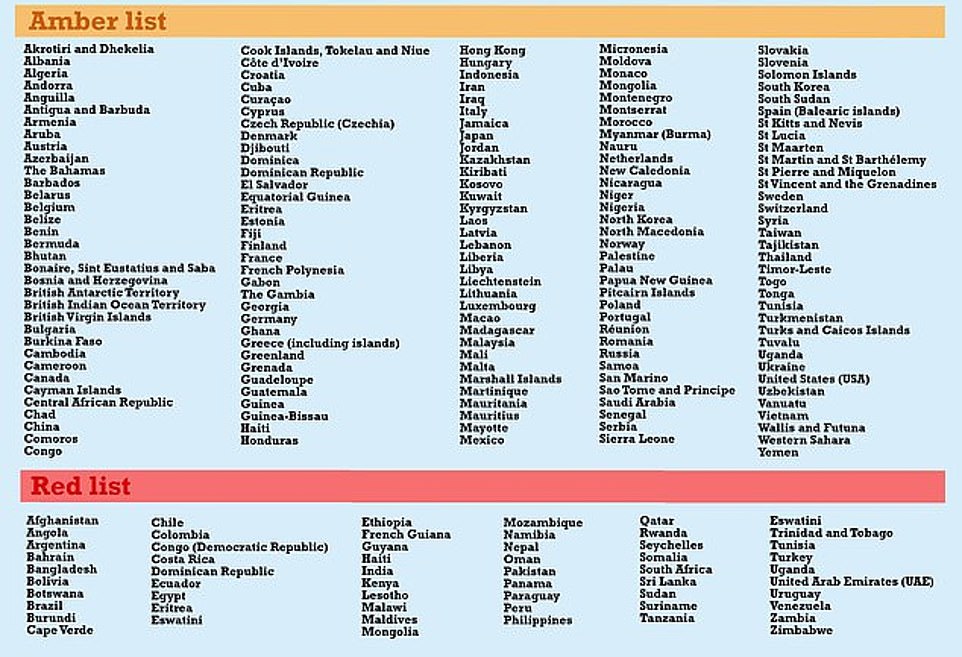 Current amber and red list destinations. A review of the UK travel list is expected on Wednesday or Thursday next week 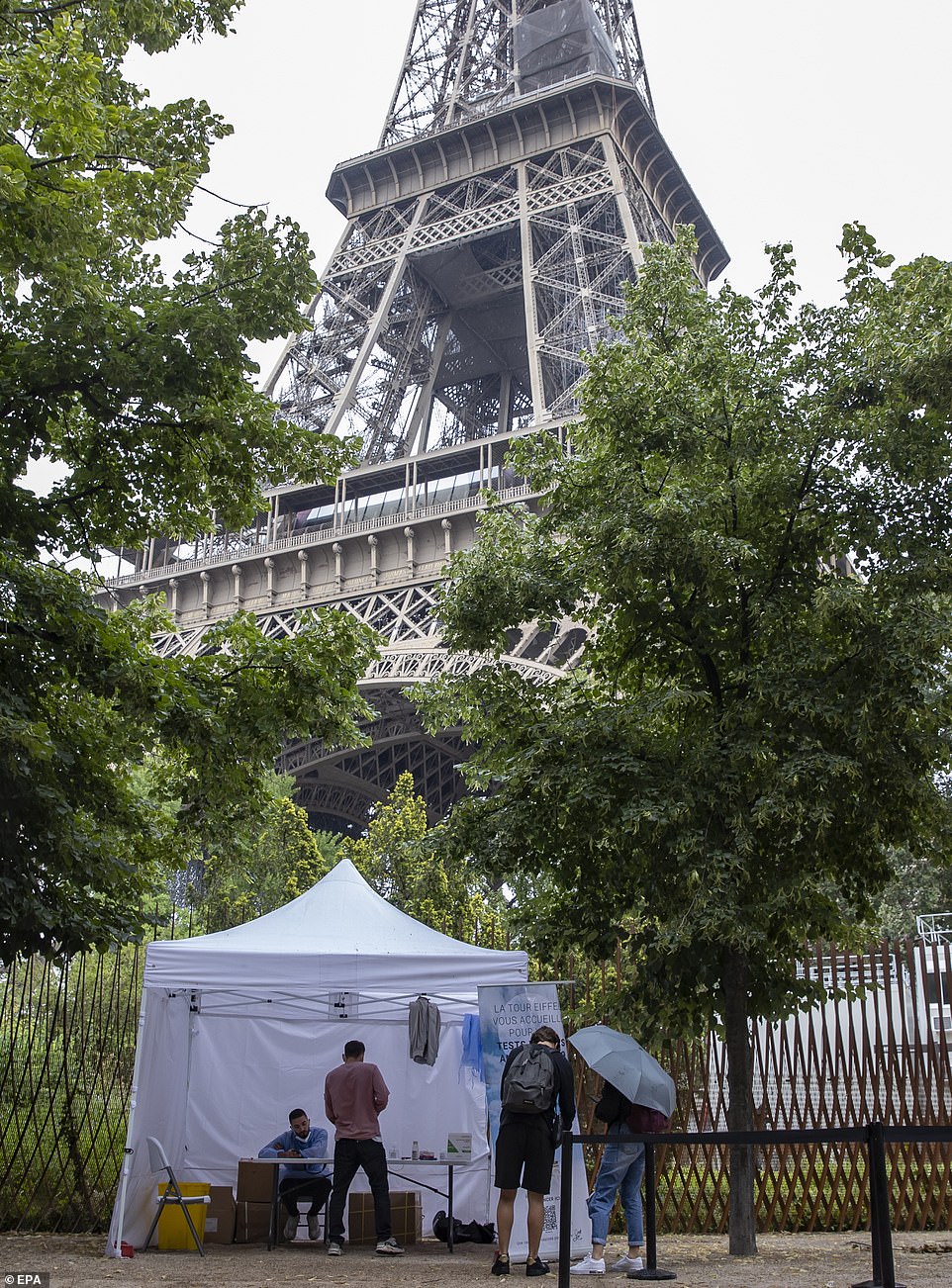 The shock move to place France in its own category earlier this month wrecked thousands of families’ holidays. Pictured, a covid testing site by the Eiffel Tower in France 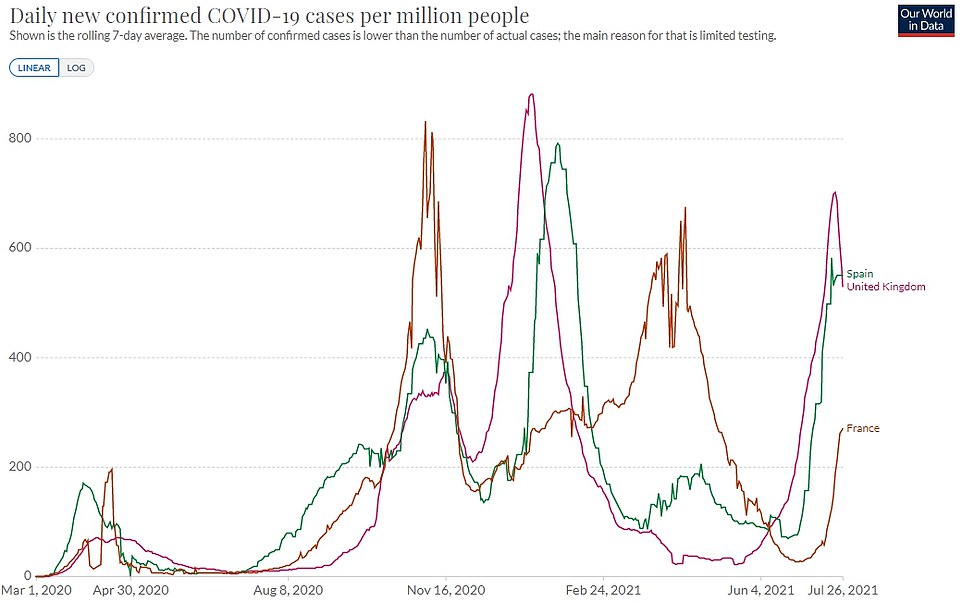 Boris Johnson today insisted scrapping self-isolation rules for the double jabbed is ‘nailed on’ for August 16 as he hailed ‘encouraging’ data on infections.

The PM hailed the seven-day run of cases falling in the UK, but stressed it is ‘far too early to draw any general conclusions’ – despite Tory claims the pandemic is now ‘all over bar the shouting’.

Pressed during an interview with LBC radio over the schedule for exempting vaccinated individuals who have been in contact with a positive case, Mr Johnson said: ‘August 16 is nailed on – there has never been any question of a review date for August 16.’

However, Work and Pensions Secretary Therese Coffey dismissed calls from ‘pingdemic’-hit businesses for the timetable to be brought foward, saying there was ‘strong medical advice’ for delay.

See also  Have world leaders really got the will to bring peace to Yemen?

Daily virus cases are now barely half the level seen just a week ago after a dramatic series of falls.

One senior minister told the Mail that the vaccination programme, coupled with more than 5.7million infections, meant the virus was struggling to find new hosts and herd immunity had effectively been reached.

Mr Johnson said this morning: ‘We have seen some encouraging recent data. There is no question about that.

‘But it is far, far too early to draw any general conclusions.’

Covid cases in the UK may only be dropping because people aren’t wanting to get tested before going on their summer holidays, one of the Government’s scientific advisers said today.

Infections across the country have been dipping for seven days, reaching 23,5111 yesterday — barely half the level seen just a week ago.

A senior minister last night claimed the coronavirus’s grip on the UK is ‘all over bar the shouting’.

But SAGE adviser Professor Mike Tildesley warned the pandemic isn’t all over ‘quite yet’, and warned the effects of ‘Freedom Day’ are still yet to be seen in the data.

And Boris Johnson today said it was ‘too early’ to draw conclusions about the fall in the number of people testing positive for the virus.

Scientists say temporary factors like schools closing, last week’s hot weather and the end of the Euros effect could be behind the decline. 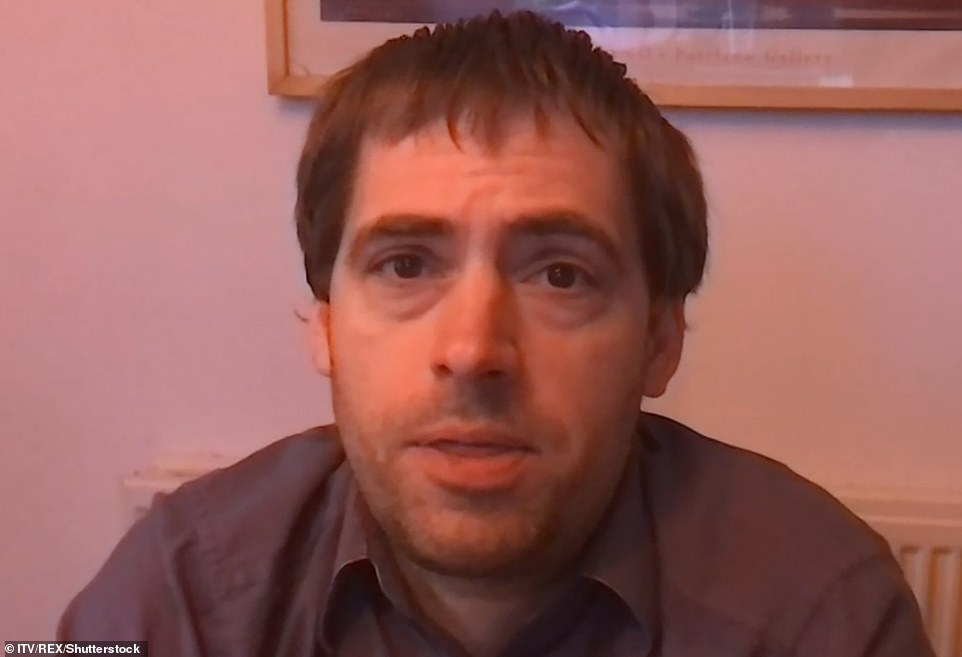 Professor Tildesley (pictured), an infectious disease modeller at the University of Warwick, said the falls could also have occurred because people are less willing to get a test ahead of summer holidays

Professor Tildesley, an infectious disease modeller at the University of Warwick, said the falls could also have occurred because people are less willing to get a test ahead of summer holidays. Testing has fallen by 14 per cent in the last week, compared to cases which have dropped by 31 per cent in the same time.

Asked about the decline, he told Times Radio: ‘Because schools in England closed last week, we haven’t got secondary school pupils doing regular lateral flow testing and so we’re not necessarily detecting as many cases in younger people.

‘It’s also been suggested by some that, possibly, because of a high number of cases, because of the summer holidays approaching, people might be less willing to “step up” to testing when they have symptoms.

‘But if we start to see hospital admissions going down as well then I think we would have much stronger evidence to suggest this third wave is starting to turn around.’ 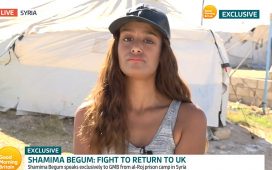 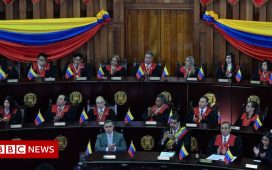 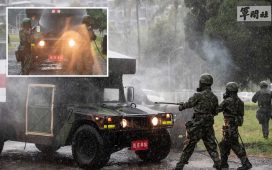