Holiday green list set to include Mallorca, Ibiza and Malta as announcement due


Millions of British holidaymakers will finally be able to get some summer sun abroad after a handful of holiday islands were put on the travel ‘green list’.

Transport Secretary Grant Shapps is expected to have added the Balearic Islands including Ibiza and Mallorca, plus Malta and a host of Caribbean destinations, in his three weekly review of the traffic-light system.

The UK-wide green list will be formally announced tonight by the Westminster government.

But the Northern Ireland government has already announced a host of additions to its green list, which the Mirror understands will closely resemble the changes for the rest of the UK.

It’s understood the UK government’s green list will be broadly similar, though it will include some details not on the Northern Ireland list.

For example, some countries will likely be put on the green “watchlist” – where they are still green, but holidaymakers are warned they could turn amber at the next review.

Ministers, who only made a final decision this afternoon, were under pressure to expand the green list amid the belief popular holiday spots like Ibiza and Mallorca were now safe.

But other popular destinations stayed on the amber list for now – meaning travellers will still have to self-isolate on return at home.

Top travel consultant Paul Charles of the PC Agency had warned just adding a few countries to the green list would not be enough to “rebuild confidence” in the stricken travel industry.

He told Sky News: “They broke their own rules just two and a half weeks ago by moving Portugal from green to amber with just four days’ notice.

“They promised a week’s notice, they promised a green watchlist, and they didn’t deliver on either of those. So at the moment the traffic light system is broken.”

Separately, ministers were expected to sign off plans for travellers who have had two vaccines, and their children, to be able to travel to amber list countries without quarantining on return.

They were still split over dates hours before the decision – with some pushing for July 19 but August looking most likely.

Boris Johnson earlier dropped the biggest hint yet that self-isolation would be dropped for the double-jabbed by declaring they would get a “real opportunity” to travel this summer.

He added: “More than 60% of our population have now had two jabs, I think 83% have had one jab, we’re really getting through it now.

“The crucial thing is to come forward and get your second jab”.

But the PM admitted that he has not yet made holiday plans himself – as he added a note of caution, saying: “Now I’m not going to claim this summer for travel purposes is going to be like any other summer. I don’t want to cast a pall over things, but… it will be different”.

In a major threat to plans to reopen foreign travel German chancellor Angela Merkel has called on other EU countries to force UK travellers to quarantine on arrival.

Italy has reintroduced quarantine and testing requirements for all UK arrivals amid growing concerns about the spread of the Delta variant.

Portugal, Spain and Greece are still allowing UK nationals to visit with proof of a negative test and no quarantine.

France is allowing fully vaccinated travellers with a negative test.

But the PM’s spokesman said: “That’s a matter for individual countries to decide their own policies as we do ours. We will continue to speak to our European partners about the reopening of travel in a safe and secure way.”

All the countries being added to Northern Ireland’s red list 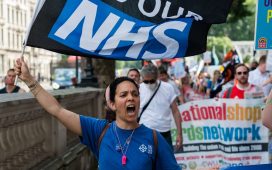 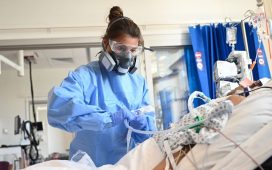 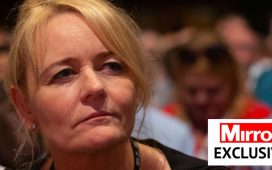