NEWSCABAL
NEWSCABAL > politics > Hillsborough, Cummings and lessons on the long wait for truth and no justice
politics

Hillsborough, Cummings and lessons on the long wait for truth and no justice 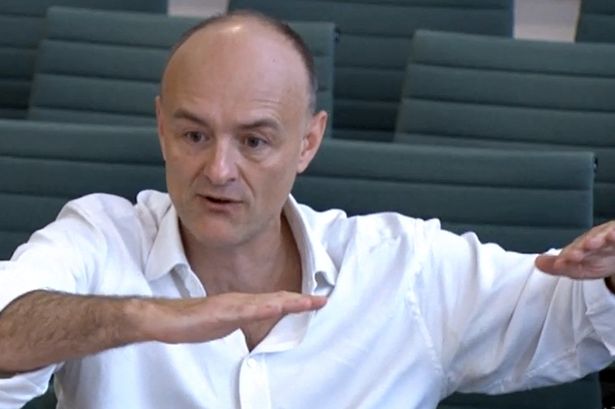 In the eyes of many Tories the BBC is lower than a Marxist teacher who shields transgender asylum seekers in their loft.

The Martin Bashir scandal has clearly deepened that hostility, with MP Lee Anderson summing up their loathing in the Commons: “I have ripped up my TV licence, and they won’t get another penny from me. Ever. The once-great BBC is rotten.”

Fair enough. But if he is so disgusted by a rogue reporter fabricating facts decades ago, how come he’s happy to serve a Prime Minister who, around the same time, was sacked by The Times newspaper and his own party leader for bare-faced lying?

A Prime Minister whose former chief adviser this week assassinated what was left of his good character by making him appear more bent than Richard Nixon.

If Dominic Cummings is to be believed, Johnson is not only an inveterate liar, he picks liars like Matt Hancock for his ministers and encourages them to lie in defence of his latest lie. But the problem with the man outing the liars is that he’s a liar himself.

Cummings lied about why he broke the lockdown rules and swung the Brexit vote by putting a fake slogan on a bus which claimed the NHS would be £350 million-a-week richer outside the EU.

I didn’t watch him bring down this government’s house of whoppers on Wednesday as I was listening to a judge call off the trial of two ex-policemen and a former police solicitor accused of perverting the course of justice over the Hillsborough disaster, on a legal technicality.

Statements may have been altered to show the police in a good light but because they were going towards an inquiry and not a trial, in the eyes of the judge those who had changed them committed no criminal act. Cue devastation among families of the 96 people unlawfully killed at Britain’s worst sporting disaster who, 32 years on, are still waiting for someone to be held to account.

Ah, say their defenders, anyone who watches Line of Duty knows police bend the rules. And everyone knows old Boris is a bit rough around the edges but that only makes him more human. But actually the outcomes of lies from those in authority are often inhumane.

This government’s deceit over Covid could have caused an extra 30,000 deaths and myths peddled about -Hillsborough have not just trashed the dead but ruined countless lives.

Naturally Johnson has kicked accusations he has blood on his hands into the long grass by ordering an inquiry into Covid that won’t begin until next spring and will drag on for years. It probably won’t report until after he’s won another election or left politics to make his fortune.

And as Hillsborough families, and relatives of those killed by British soldiers 40 years ago at Ballymurphy can testify, even if the truth does eventually come out, don’t assume the Establishment will let justice follow.

It rarely happens due to the timescale and it begs the question: If successive British governments can so easily cover up deaths on their watch then how is this country any different from a totalitarian state?

Ultimately, in the words of Cummings, quoting top civil servant Helen MacNamara about Covid: “I think we are absolutely f***ed”.