Being exposed to high temperatures during pregnancy increases the risk of giving birth prematurely or having a stillbirth, a new study suggests.

Researchers found that every two degree rise in Fahrenheit – and one degree in Celsius – raised the odds of pre-term birth and stillbirth by five percent.

The team, from the University of the Witwatersrand in Johannesburg, South Africa, says the effects appear small but that the findings ‘could have a major impact on public health as exposure to high temperatures is common and escalating.’ 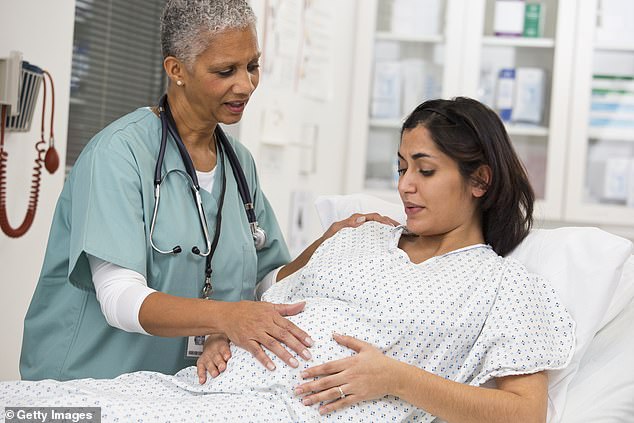 For the analysis, published in The BMJ, the team analyzed 70 studies which were based in 27 countries.

They looked at the association between high temperatures and birth outcomes, and specifically preterm birth, birth weight and stillbirths.

In the studies, the average rate of preterm birth was 5.6 percent, nearly half of the global average of about 10 percent.

Of the 47 studies that examined premature births, 40 reported that they were more common at higher temperatures than lower temperatures.

Results also showed that the risk of preterm birth rose by about five percent per 2F (1C) increase in temperature.

Similarly, among eight studies looking at stillbirths, researchers found the risk rose by five percent for every 2F increase.

In most cases, links between temperature and stillbirth were strongest during the last week or month of a woman’s pregnancy.

The study found that three percent of babies in the study had low birth weight. Of the 28 studies that assessed birth weight, 18 found an increased risk at higher temperatures, but the impacts were small.

However, the authors wrote ‘even apparently minor decrements in birth weight could have a major impact on public health as exposure to high temperatures is common and escalating.’

The team says there are limitations, such as inability to measure if other factors, such as air pollution, effected pregnancy outcomes.

READ  Coronavirus symptoms UK: NHS guidance on what to do if you're showing signs of the virus

However, they say more research is needed and that pregnant women should be considered a high-risk group for heat related conditions.

The study ‘highlights the need to identify interventions targeting heat related conditions in pregnant women, especially in women at the age extremes and in lower socioeconomic groups, and to determine their effectiveness,’ they wrote.

‘Given increases in the frequency and intensity of heatwaves, the number of pregnant women exposed to these conditions worldwide, and the significant individual and societal burdens associated with preterm birth and stillbirth, research and policy initiatives to deal with these connections are a high priority.’