Sign up to myFT Daily Digest to be the first to know about UK equities news.

You might be beginning to feel the sands shifting slightly beneath your feet. Nothing is quite what it used to be — or supposed to be.

The Bank of England seems less solid than it used to be as well. Its endless money printing increasingly confuses fiscal and monetary policy, and most observers reckon the main aim of quantitative easing is now to finance government spending. It spends a lot of time commenting on matters that don’t seem core to its purpose — the Bank is supposed to care about inflation, not climate or inequality.

Then there are our big companies. Once they thought about profit. Now they think a bit about that and a bit about things such as social engineering. Witness KPMG’s announcement this week that it is to classify its employees by class. It’s not quite the shareholder capitalism in a liberal democracy vibe we like to think we are used to.

It’s also just a little bit 1970s. It was the lack of central bank independence in the 1970s that, in part at least, gave us the inflation almost everyone now appears to have forgotten. The governments of the 1970s are also remembered for their high spending and high tax policies.

We have a way to go to meet the economic madness of that time — although the Tories’ brand new tax has echoes of the 1978 2.5 per cent national insurance surcharge on employers and the 15 per cent investment income surcharge of 1972, finally abolished in 1984.

It’s also true that the government has made it very clear (again) that our houses are sacred. Regardless of the fact that, in the main, our kids will flog them the second they get probate (the only delay being the many months it now takes to get it), the myth that the family home is somehow emotionally superior to all other assets is to be maintained. Much the same goes for buy- to-let — there’s no new levy on property income. Still, the new levy on dividends is a line in the sand, a reminder that murmurings about the need for a wealth tax aren’t going away.

What do you do at times of such institutional shape shifting? The way to start is to remember the constant of investing — and the nub of rationality behind all valuation techniques. All equities are valued on the basis that they will provide an income to someone at some point. That might be you now, it might be you in the future or it might be someone else in the future.

Either way, the price of the share reflects the expected time period in which such an income might appear and the expected scale of that income. So even when we pay fortunes for Tesla shares, we aren’t chucking our money at the business as some kind of tribute to the gods of innovation. We are doing it because we expect that one day the innovation we have financed will turn into a tsunami of cash. Our capital gains are simply rolled up long-term income expectations. That’s all.

I think it is worth looking again at the higher-quality end of UK smaller companies. Small caps as a whole have had a tremendous year

In excitable times, too many people forget this dynamic and indulge in what we might call tribute investing. You don’t want to do that (it ends in tears, always). Instead you want to invest in companies that you know are producing or have some certainty will produce the income you are after and perhaps mildly favour those that will give it to you in the future. Unless you hold everything in a self-invested personal pension or Isa, the tax on capital gains is kinder than that on income — something that makes a bird in the hand no longer look quite like two in the bush.

See also  Does McDonald’s do delivery and how much does it cost?

With that in mind I think it is worth looking again at the higher-quality end of UK smaller companies. Small caps as a whole have had a tremendous year — the FTSE Small Cap index is up nearly 50 per cent in the last year. And they are still benefiting nicely from the ongoing recovery in the UK (clouded slightly by supply problems) and they also look pretty inexpensive relative to the rest of the market, which is in itself cheap overall both in terms of historical averages and international comparisons.

The median FTSE 100 price/earnings ratio is 16.5 times, that of the FTSE 250 is 19.6 times and that of small caps 15.3 times. Joachim Klement, an investment strategist at Liberum, an investment bank, points out that the FTSE 250 has been hugely boosted by takeover bids for some of the index’s “heavyweights” such as Wm Morrison and Meggitt. However even with these taken out, these larger companies trade at a premium to smaller companies.

This makes little sense given the extraordinary performance of some of the UK’s smaller companies during the pandemic, says Anna Macdonald, a fund manager at Amati Global Investors. She points to homeware retailer Dunelm, which this week announced its profits were up 44 per cent and that its shareholders are to get a 65p a share special dividend. It isn’t madly cheap (on a forecast p/e of 18 times for 2022) but there is more growth to come, she says, and probably more special dividends too.

Birds in the hand and in the bush. That makes it exactly the kind of thing you want to hold (preferably in your Isa or Sipp to avoid dividend taxes).

There are things to worry about in the world of small-cap. Liberum says it is increasingly concerned about the “lack of breadth” in the market in that the share of stocks outperforming the index is low, which it says is sometimes an indication that a “short-term correction is on the way”.

Luckily, we individual investors need not be concerned about short-term corrections, since no one is judging us on a quarterly basis. Funds to look at include the Amati UK Smaller Companies fund and the Standard Life Smaller Companies trust. The latter has slightly underperformed recently, due to its focus on high- quality growth companies but it now trades at a discount to its net asset value — and the manager has an excellent long-term record.

The sands may be shifting but there are still excellent opportunities in UK markets — unless, of course, we do end up back in the 1970s. 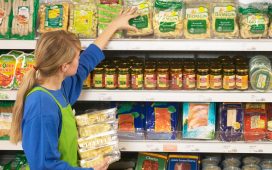 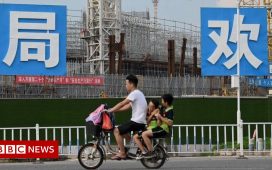 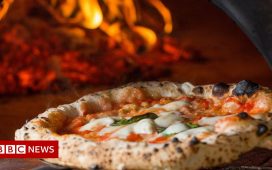