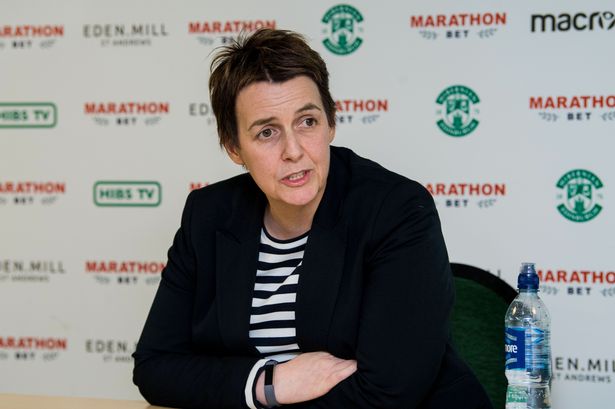 Hibs Football Club chief executive Leeann Dempster has stepped down from the role.

The former Motherwell FC chief executive said it was time to “move on to a new chapter”.

Dempster joined Hibs when the club was at a low ebb, taking over just after the Easter Road club was relegated to the Championship.

Since then the club has won the Scottish Cup in 2016, beating Rangers FC, and transferred to the new ownership of American-based businessman Ron Gordon.

It has been reported that Gordon wanted Dempster to continue the running of the club following the completion of the takeover from Sir Tom Farmer and Rod Petrie.

There have been no suggestions of any kind of disagreement with Ron Gordon.

Indeed, he was quoted as saying: “I would have liked Leeann to stay, she has done a terrific job throughout here time at the club and I know how highly regarded she is by every supporter and within football.”

Dempster was quoted as saying: “The club had been relegated when I joined, and I was determined – wth the help of a terrific group of people – to rebuild and restore the club to make its supporters proud on and off the pitch.

“The cup win was the highlight, of course, but there have been many fantastic moments.

“I think it’s genuinely the right time, both for the club and for me, to move on to a new chapter.”

There have been no suggestions of Leeann Dempster having another job lined up.