Images of Rishi Sunak raising either a pint glass or a Budget box dominated Thursday’s front pages as editors sought to parse the chancellor’s big spending plans in the wake of Britain’s unexpectedly strong economic recovery this year.

The Guardian describes Sunak’s post-Covid plan as “spend now, cut taxes later” with the intention to cut taxes before the next general election. The paper also notes Sunak has been criticised for a lack of “green measures” ahead of the Cop26 summit in Glasgow.

The Telegraph’s splash leads with a photo of Boris Johnson and Sunak at the pub seemingly in reference to the chancellor’s promised beer duty cuts.

“Hey, big spenders,” the headline reads, and newspaper reports that: “Sunak takes spending to highest levels since 1970s as he declares Tories ‘the party of public services’.” Sunak will increase spending in every government department in a £150bn “spree” that “moves the Tories into traditional Labour territory”, it says.

The i follows a similar line, also referring to the chancellor as a “big spender” who is taking Britain’s tax burden back to the 1950s.

The paper reports Sunak took advantage of an economic upgrade to raise state spending in every department. It also notes that green groups have criticised cuts to air passenger duty for domestic flights just days before the Cop26 climate summit.

The Times leads with the headline “Sunak’s spending spree”. The paper says an extra £150bn is announced for public services, with public spending going to its highest sustained level “since before Margaret Thatcher”.

The paper reports that the spending will be paid for by better-than-expected economic growth and tax rises but also notes the tax burden.

The Financial Times says the chancellor “backs Johnson on spending” to “pump more money into public services”. The paper also says “Fizzy Rishi plays party politics with a cut in the price of bubbly” in a follow-up story beneath.

The Daily Mail leads with a picture of Sunak and Johnson wrestling with a pair of beer kegs, with the headline below reading: “The drinks are on us!”

The paper says business rates have been slashed and beer and prosecco is cheaper but issues a warning for the chancellor: “Keep your tax cut vow”.

The Metro’s headline “Cheers Rishi” references the paper’s opening line that Sunak rolled out of the “biggest cut in beer tax for 50 years” as well as a £150bn “public services binge”.

The Daily Express also opts for the “cheers” approach, and praises the chancellor for his “moral” mission to cut taxes and efforts to “reduce the role of the state in people’s lives”. The paper says in a “defining Budget for the nation’s future” the chancellor has declared it is time the Tories moved away from the Covid era “when the government was expected to have the answer to everything”.

The Mirror has a decidedly different, and more serious, take with the headline: “Champagne for rich … real pain for poor.” Describing the changes as a “bankers’ budget”, the paper highlights the slashed taxes on sparkling wine and air passenger duty cuts for domestic flights.

“Rishi Sunak today condemned millions of poor people to more misery with a Budget that failed to tackle the cost of living crisis,” reads the opening line.

The Sun fits Sunak’s “£150bn budget spree” into the top right corner but dedicates its entire front page to an Ed Sheeran story. 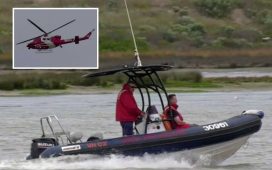 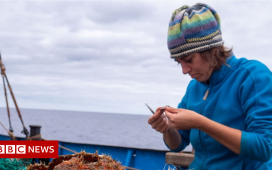 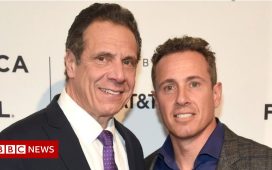 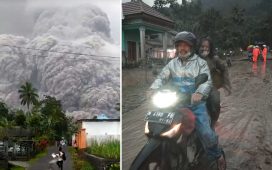