Arthur the domestic shorthair leaped into action and killed the eastern brown snake as it lurked close to the children in Queensland, Australia.

But the snake bit him in the struggle, injecting a powerful venom.

The moggy collapsed, and then seemed to recover fully.

But the next day he fell ill and was rushed to a vet where he could not be saved.

Arthur was hailed a hero today for protecting the children from danger.

The Animal Emergency Service on the Sunshine Coast shared a photo of stricken Arthur and the snake he killed.

It said on social media: “An Eastern Brown Snake, one of Australia’s top ten highly venomous snakes, had entered the backyard right where the children were playing.

“Arthur jumped into action protecting his young family by killing the snake.

“In the chaos of getting the children out of the yard, no one saw the actual bite, but Arthur collapsed and quickly recovered like nothing was wrong not long after.”

The next morning Arthur’s family found he was unable to stand and rushed him to the veterinary hospital at Tanawha, but he could not recover.

The vet clinic added: “His family, understandably devastated, remember him fondly and are forever grateful he saved the children’s lives.”

Eastern brown snakes are the deadliest species in Australia and the second most venomous land snake in the world.

Also called the common brown snake, the 7ft reptiles are fast-moving and known for their bad temper.

When threatened they raise themselves off the ground in an S-shape coil with their mouths open ready to strike.

Its venom causes progressive paralysis and stops the blood from clotting, and several doses of anti-venom may be needed.

Pregnant mum, 20, demands she & daughter, 3, be moved from mould-infested home

‘TOO TIRED TO FIGHT’

It thrives close to people on farms and even in suburbs, and is notoriously hard to spot.

In 2017, a dog walker filmed one devouring a black snake whole near Lake Hume, Victoria.

In December, video showed a three-year-old girl being bitten by another of the world’s deadliest snakes, a dugite, while playing in her gran’s garden in Western Australia. 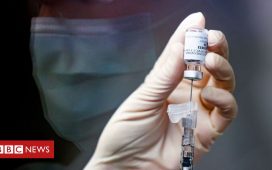 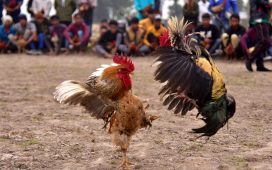