'Here we reconnect with humanity': Urban open spaces to lift the spirits


As many UK cities become subject to strict lockdown measures, because of rising cases of coronavirus, Guardian readers tell us about their favourite urban open spaces that have helped lift spirits during the pandemic.

“The park has become our way to reconnect with nature,” said Maria Papadelli, 36. “Tower Hamlets cemetery looks like a mysterious forest from a beloved childhood fairytale.”

During lockdown, Papadelli took her four-year-old son to the park almost every day, spotting animals, climbing trees and collecting leaves. When lockdown restrictions eased, it was there that Papadelli and her son met other families.

“Every time I come I know I will find some friendly faces, other people from the community, and for a brief second we reconnect with humanity and everything feels right again,” she said.

Tracey Boileau has been running regularly in the Rimrose Valley, which she describes as an ‘oasis’. Photograph: Tracey/Guardian Community

For Tracey Boileau, 56, a keen runner who supports unemployed people in Liverpool, Rimrose Valley country park in her home of Merseyside has been a “lifeline”.

“Rimrose Valley is like an oasis in a very built-up, urban area,” she said. “In a time when many people don’t know their neighbours’ names, it’s amazing how many people you get to know when you’re out and about on Rimrose Valley to smile at, say hello, have a chat to, become acquaintances and eventually friends with.”

Having struggled with her mental health in the past, Boileau said the “peace and tranquility” of Rimrose Valley had been incredibly important to her wellbeing. “It’s respite from all the concerns of the pandemic,” she said.

In Birmingham, Sue Beardsmore, 65, and her husband, Steven Pile, have been discovering the city’s vast canal network.

“I have come to love them during lockdown,” she said.

With life feeling for many as though it had ground to a halt, Beardsmore said the canals were a reminder that the world would keep moving past the pandemic.

“The dates on the bridges and structures made me reflect on what Birmingham and its people had survived since they were built. Illness, poverty, bombs, booming industry and decline, rebuilding and change,” she said. “Things pass and people persist.”

“It’s brilliant,” said Pointon, a 47-year-old nurse. “You’re right in the docks, with cable cars overhead, planes taking off from city airport, the dome and DLR behind you. It feels like you have the best of London around and over you while swimming in the Thames.”

Ted said the activity had been “really good”. “I like that it’s different to the pool, because here you have a view when you’re swimming.”

“It’s a 15-minute walk from the city centre, but it feels really wild,” said Fliss Smith, a 40-year-old NHS physiotherapist.

Smith ran or walked in the park almost every day during the national lockdown, and said she will “absolutely” continue to go once the pandemic is finally over.

“I would walk to the woods, and the signs of spring were so symbolic and hopeful that it really gave a mental peace that things will turn out OK,” she said. “It was also somehow really comforting just to see total strangers who were in the same boat. It helped me feel less isolated.”

Dan Parkin and his friends met up on Southampton Common when restrictions allowed. Photograph: Dan/Guardian Community

“I live in a flat and so do all my friends,” said Dan Parkin, 22, who works in social media. “We have a small communal garden, but there isn’t enough space to exercise.”

Instead, Parkin has been making almost daily visits to Southhampton Common.

“When the lockdown began to ease and you were allowed to meet others outside, the common really was a saviour,” he said. “As the world opens up, the weather gets wetter, and everything becomes that bit more hectic, I look back on those simpler times of enjoying a cold can with my friends in the evening sun ever more fondly.”

Syreeta Kilroy, 45, a support worker for adults with autism and disabilities, said that Boggart Hole Clough in Greater Manchester has been a “breath of fresh air” during lockdown.

“It’s been hard being a key worker during the pandemic, and my longest shifts are 25 hours,” Kilroy said. “The clough allows me to get out and relax and have some quiet time.”

“It is definitely a hidden gem. You wouldn’t believe the wildlife you see in the middle of a built-up area. You just don’t think you will bump into a deer or the odd fox.”

For Robbie Reekie, 34, “disc golf”, a cheaper and more portable form of golf, in Glasgow’s Springburn Park helped combat isolation and boredom. He lives an hour outside the city but travelled in each week to play.

“I lost all my work, and I live in a farmhouse in the middle of nowhere, so lockdown gets quite lonely. Springburn disc golf course has helped with getting outside and playing sport during lockdown when team sports weren’t allowed,” he said.

“It has been fundamental to my mental health,” he added. “Sport takes your mind off everything else.”

Helly Cunningham watching the sun set in Dawson Hill Park on the first night she was reunited with her best friend during lockdown Photograph: Helly Cunningham/Guardian Community

For Helly Cunningham, 17, who is studying for her A-levels, Dawson’s Hill Park in south London proved to be a hidden gem, with the “best view of London I have ever seen”.

After spending time walking, reading, or watching the sunset in the park, Dawson’s Hill was the first place Cunningham met her best friend after three months apart.

“It’s really hidden away. I didn’t know about it for years, but one day when I was out with my mum last year, we saw a footpath and didn’t know what was down there. We followed it and discovered a tiny park with amazing views,” she said. “When you sit down you face towards the sunset, it makes a perfect evening.”

Not quite so hidden is Cardiff’s Bute Park. During lockdown, teacher Kirstie Proctor and her family have been visiting each week. Her children, aged 6 and 4, enjoy riding their scooters, making dens and looking at the trees and squirrels.

“I’ve always loved going there but this year I’ve been more frequently and I’ve been able to really notice the changes through the seasons. There are so many trees and you can see the castle peeking through them in the distance,” she said. “It’s been really good having a space like this when you can’t leave the city. It adds an extra dimension to your life, rather than being surrounded by concrete.” 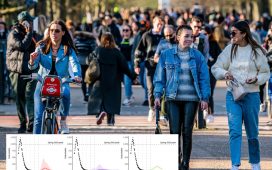 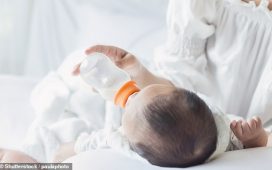 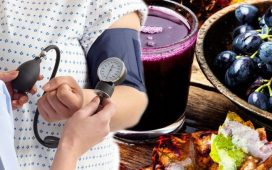 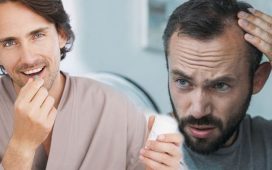