By Bryony Jewell For Mailonline

And Helen Flanagan sizzled as she donned a backless dress while enjoying a night out at The Ivy Restaurant in Manchester on Saturday.

The former Coronation Street actress, 30, looked incredible in the sequinned gown which boasted tassels and a chic halter-neck front. 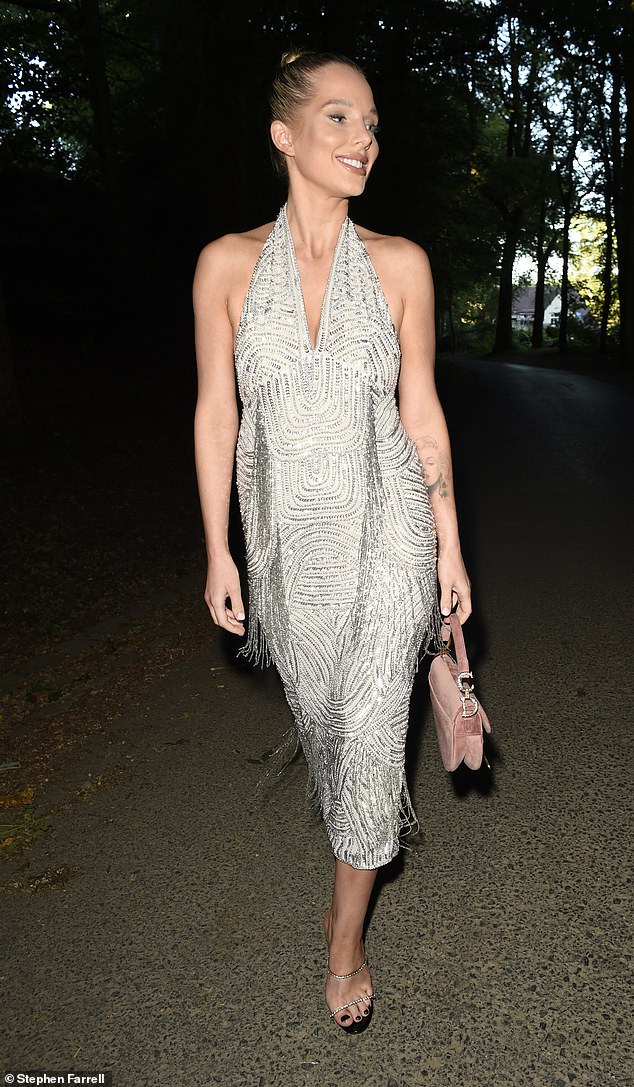 Wow! Helen Flanagan looked incredible as she rocked a backless dress while enjoying a night out at The Ivy Restaurant in Manchester on Saturday

Helen exuded confidence as she showcased her toned physique in the fun dress and worked all her angles for the camera.

The beauty added a little extra height to her frame by donning strappy and sparking heels.

Not forgetting her accessories, Helen toted a pale pink Dior bag but opted to let her dress do all the talking and go without any jewellery. 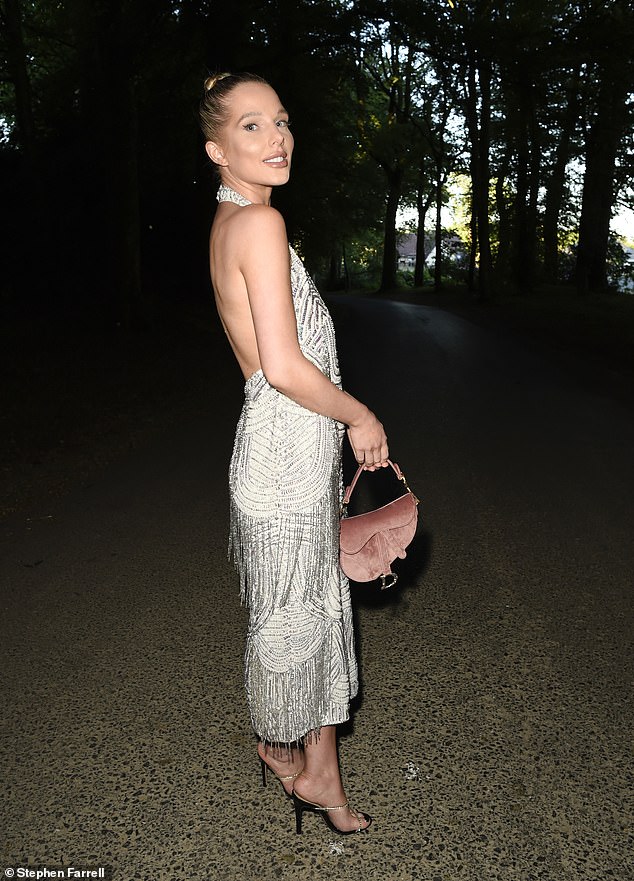 Glowing: The former Coronation Street actress, 30, looked incredible in the sequinned gown which boasted tassels and a chic halter-neck front

Earlier this month, it was claimed that Helen was left ‘hurt’ after mummy-shamers criticised her for sharing a stunning bikini picture eight weeks after giving birth.

The former Coronation Street actress, who welcomed her son Charlie earlier this year, recently shared a smiling snap with her two daughters while on a staycation.

However trolls hit out at the actress for ‘making other mums feel bad’ about their postpartum figures, and Helen was reportedly horrified.

An insider told new! magazine: ‘Criticism is hard for Helen as she’s openly admitted to being insecure and is very self-aware. 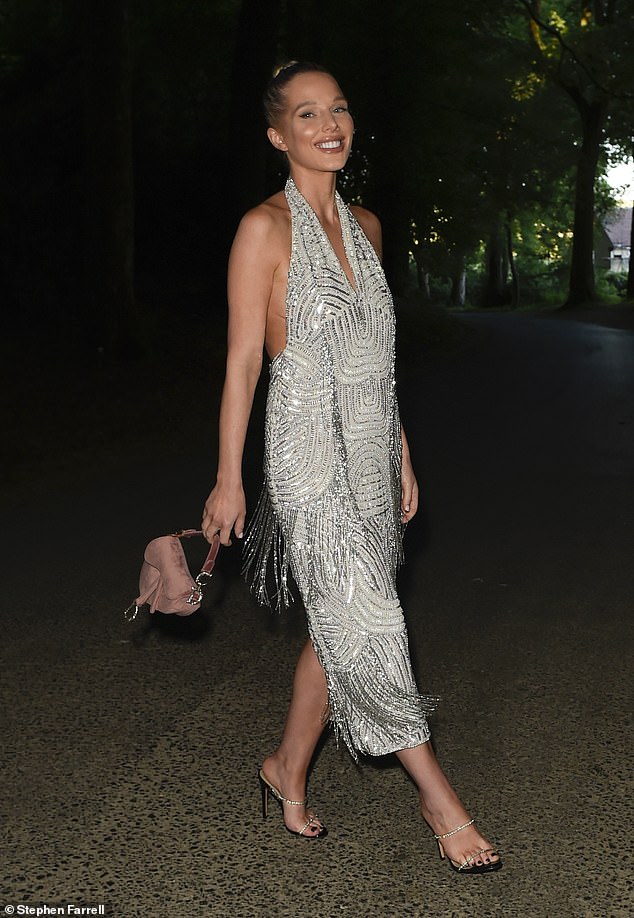 Work it: Helen ensured to work all her angles while posing up a storm in her glitzy dress 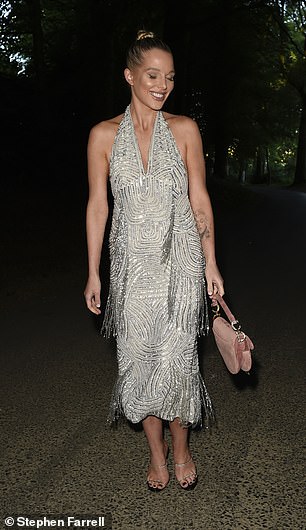 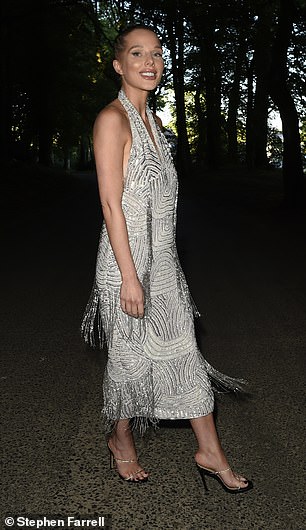 Looking good: She accessorised with a pair of strappy heels and a pink Dior bag 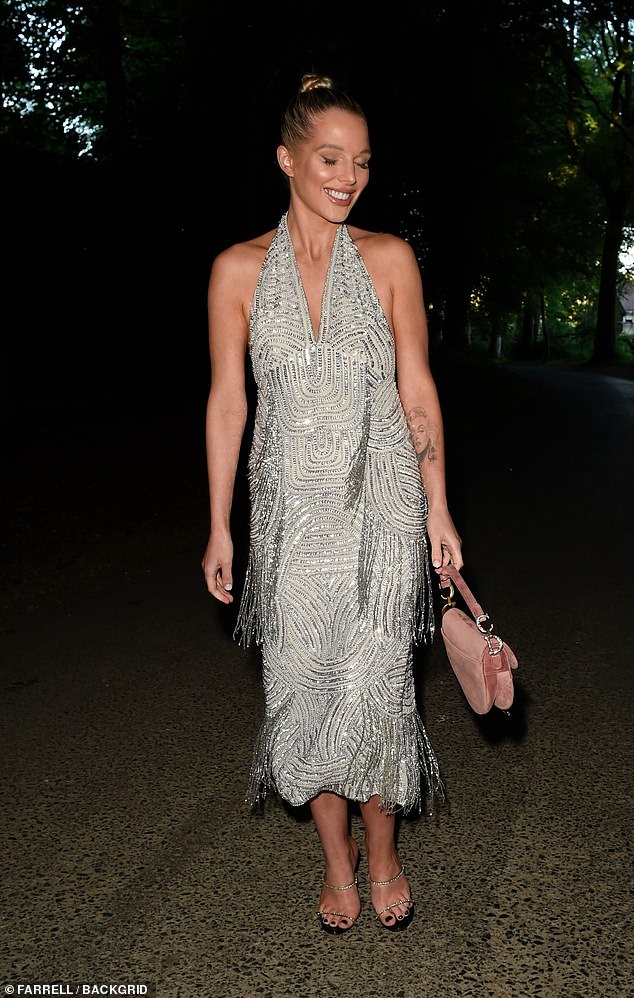 All smiles: Helen seemed to be in great spirits as she beamed smiles and laughed during the night out

‘The photo was a happy moment with her girls and she did feel content in her body.

‘She got a lot of really lovely comments but the negative comments from mummy-shamers still crept in and they do hurt.’

The source added that Helen wasn’t ‘bragging’ about her postpartum figure and just wanted to embrace the body that had birthed three children.

Helen had been enjoying a UK staycation with her fiancé Scott Sinclair and their three children, Matilda, five, Delilah, two, and their three-month-old son Charlie in Falmouth, Cornwall, in May.

Earlier this week, Helen fuelled speculation that she has tied the knot with her fiancé Scott after she referred to him as ‘hubby’ several times on social media.

The actress cosied up to beau Scott, 32, during a shopping trip last Monday and shared a series of snaps on her Stories which referred to him as her ‘hubby’. 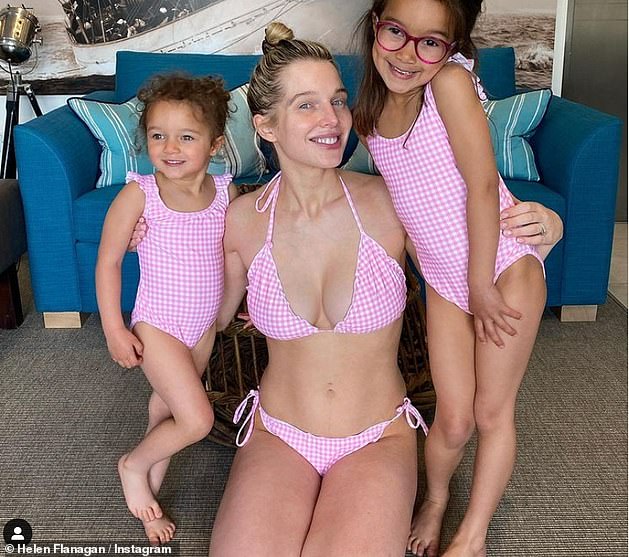 ‘Hurt’: The mum-of-three was recently left ‘hurt’ after mummy-shamers criticised her for sharing a stunning bikini picture eight weeks after giving birth (pictured in May)

The loved-up pair, who have three children together, got engaged in May 2018 but were forced to postpone their wedding due to the pandemic.

MailOnline contacted Helen’s representative for comment at the time.

Speaking in February last year, the actress said she and Scott planned to reschedule their nuptials to 2021 as her sister Jessica hoped to tie the knot in 2020.

Speaking to The Express, the I’m A Celeb star elaborated at the time: ‘We were going to get married this year but my little sister is getting married next summer, so maybe next year.

‘I think it’s just because we’ve been together for so long, we’re just a bit lazy about. But, it would be nice to have the same name.’ 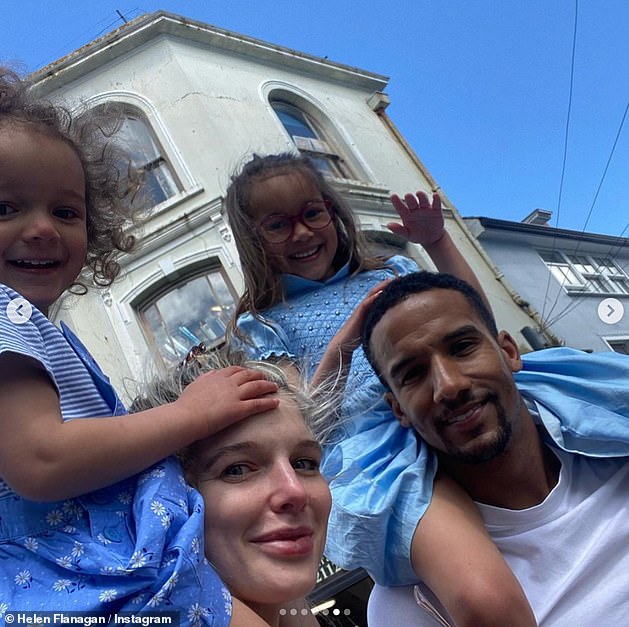 Sad: Helen is mum to Matilda, five, Delilah, two, and their three-month-old son Charlie with her fiancé Scott Sinclair (pictured in Falmouth, Cornwall, in May) 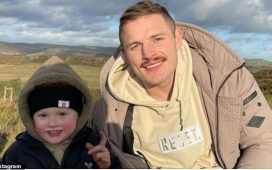 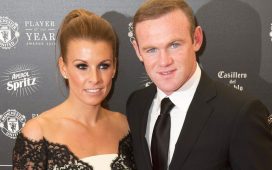