Heathrow airport plans to triple the amount it spends on preparing the permit application for its controversial third runway to £2.9bn, a move the UK’s aviation regulator has advised should be reconsidered.

The Civil Aviation Authority said it wanted to seek the public’s views on the airport’s revised proposal because of the risk that the costs would be passed on to consumers through passenger service charges but the £14bn project does not go ahead.

The CAA said in a consultation document that management at the UK’s busiest airport was speeding up certain spending in order to meet the 2026 completion target date for the runway.

“In light of these increases, we have asked [Heathrow] to consider different options for this spending and the implications of this spending for the overall programme timetable and the interests of consumers,” the CAA said.

“The more Heathrow’s operator spends before it gets planning approval, the greater the risk that consumers will end up paying for extra costs in the event that expansion does not go ahead.”

Heathrow wants to increase so-called Category B costs directly associated with seeking planning permission, such as the public consultation and master plan development, from £265m to more than £500m. And Category C expenses, relating to acquiring and relocating buildings and compensating local communities, are set to rise from £650m to £2.4bn.

It is still uncertain whether the expansion will proceed, amid opposition from politicians, local residents and environmentalists. Heathrow is expected to submit its application for a development consent order, the permit required by all nationally significant infrastructure projects, next year. The airport hopes the transport secretary will approve it in 2021.

READ  Fever-Tree's value fizzes to £4.5bn on back of strong gin sales

The CAA said the overall cost of delivering the runway was still broadly in line with Heathrow’s proposed budget of £14bn. It also said that if planning consent was given to Heathrow’s expansion and the runway delivered on time, the increase in pre-consent spending would “benefit consumers by promoting choice and greater competition between airlines”.

Detailed costs have still to be outlined, but the airport is expected to submit its initial business plan to the CAA for review towards the end of this year.

The regulator said in a statement that while Heathrow’s current cost estimates were reasonable, “we have asked Heathrow Airport Limited to look at all options to see how this risk can be reduced and to engage with airlines on the best approach”.

In its master plan revealed in June, Heathrow said it would stagger expansion to manage costs and appease residents concerns about noise and pollution. Dividing the project into four phases is part of Heathrow’s efforts to keep the passenger service charge close to 2016 levels, said one person briefed on the airport’s plans. Heathrow’s fee of £22 per person is already one of the most expensive in the world.

Construction of the new runway is in the first phase of the project, which is scheduled for completion in 2026. The fourth phase, which includes car parks, road systems and hangers, is set to be finished in 2050.

In response Heathrow said it had a record of delivering multibillion-pound airport infrastructure on-budget and was confident its plans and experience would deliver a new runway at Heathrow for £14bn. “It is great that the CAA are also increasingly confident in our cost projection,” it said. “We value their input and will continue to work alongside them to ensure this critical project for Britain is delivered.”

Heathrow’s revised spending plan attracted immediate criticism. IAG, the owner of British Airways, Heathrow’s dominant airline, said: “The CAA must be strong and ensure that Heathrow doesn’t get away with this. The airport seems hell bent on ramping up costs despite the government only approving the third runway if customer charges don’t rise from today’s levels.”

Heathrow Hub, which proposed an alternative expansion plan that was rejected by the Department for Transport, said: “At last the CAA is starting to focus properly on the huge costs of Heathrow airport’s own plan.”

It added that Heathrow’s plans were outrageously expensive and disruptive. “As the CAA concedes, this will potentially have an important impact on consumers via higher air passenger fees,” it said.

John Stewart, chair of the Hacan campaign group opposed to Heathrow’s expansion, said: “The unexpected costs continue to rise. If the CAA continues to limit the amount Heathrow can raise from the airlines through landing charges, the possibility of the government needing to help out the airport must be looming into view.”

The CAA’s consultation closes on August 22. 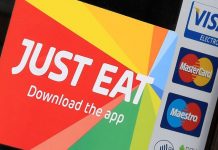 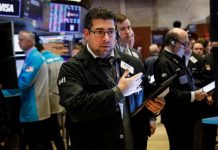 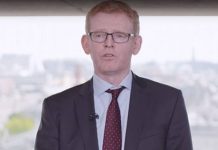 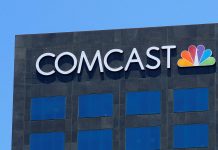