A heartbreaking image of a Mexican homeless man grieving over the body of his dog after it was run over and killed has prompted a fundraising campaign.

The man, identified only as Raul, was seen kneeling down in the middle of the road sobbing over his pet dog in the city of Morelia on Monday night.

Raul is renowned among local residents for helping them find parking spaces and was always accompanied by Solovino who followed him everywhere. 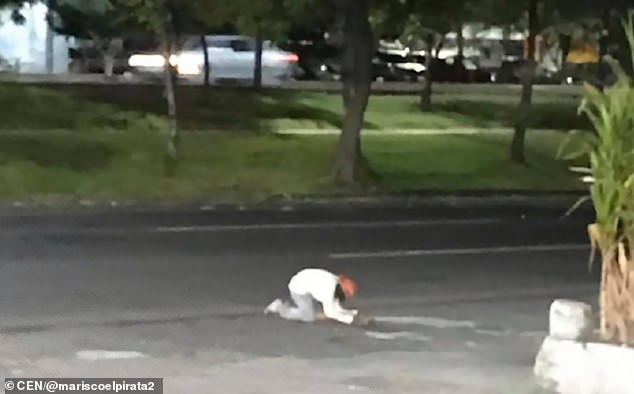 People have set up fundraising pages online to donate money to Raul after the image of him sobbing over the lifeless body of Solovino, his dog, in the city of Morelia went viral

The searing image of him crying beside his pet on Camelinas de Morelia Avenue went viral shortly after it was posted online.

And when people saw it they soon set up fundraising campaigns for the bereaved dog lover.

After initially refusing the help of a passersby in his moment of distress, Raul eventually allowed several women to help him bury his beloved dog, according to local media. 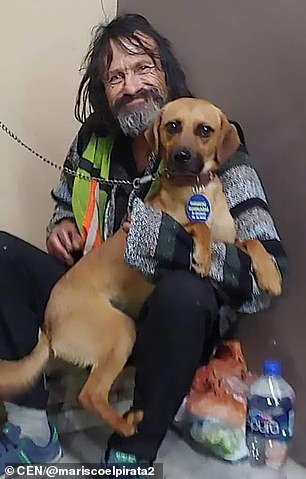 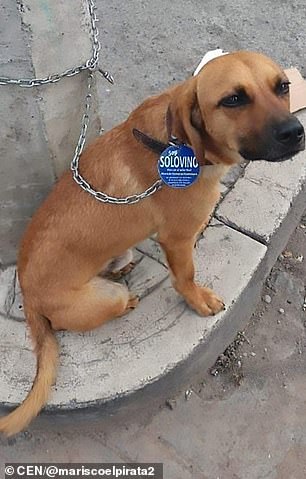 The fundraising campaign for Raul is seeking to buy food and clothes for him.

One local restaurant posted on Facebook: ‘We regret the loss of Raul’s loyal friend as, despite his difficult situation, he is a very kind and hardworking person who helps us to take care of parked cars in the vicinity of the restaurant.

‘Today we won’t share advertising of the restaurant, but ask for your support. If anyone would like to help with food or clothes, whatever you can to put a smile back on his face, our place will be open from 10am to 6pm for anyone who wants to help Don Raul.’

'We're not squeamish!': David Tennant on privacy, parenting and playing himself

China blackmailing dissenters in US to return home – FBI chief

FBI director: China is 'greatest threat' to US

Thousands of high-risk offenders in UK 'freed into homelessness'

Coronavirus: 'The masks you throw away could end up killing a whale'